Funding for proposed project has been withdrawn 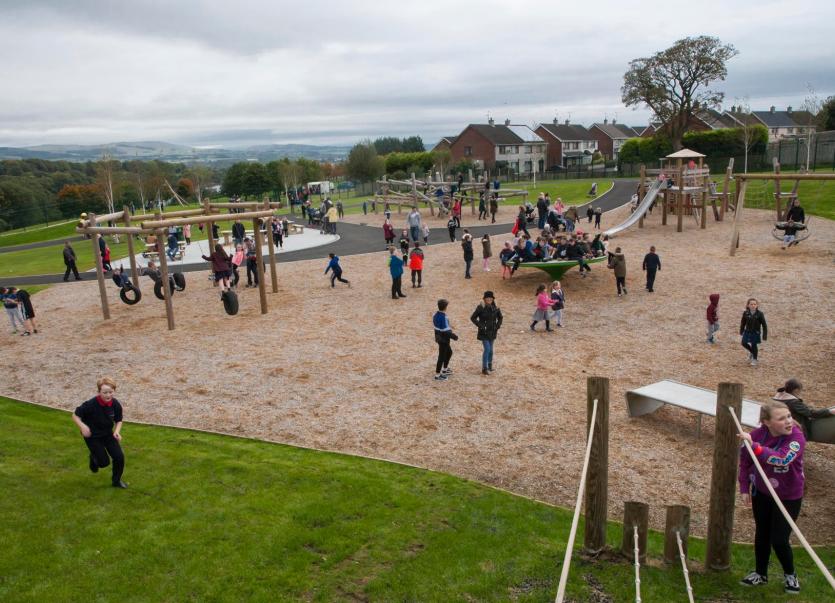 Mr Durkan described the news last night that the funding had been withdrawn as a 'bombshell'.

The news emerged during a meeting of Derry City and Strabane District Council's Business and Culture committee.

Mr Durkan said: “Reports from yesterday's council meeting that funding was withdrawn by the Department for Communities for Strathfoyle playpark came as a blow to all those young people who have led the campaign, supported by all parties and the community, to have accessible play equipment installed.

"Especially as they had only recently been assured that it should be in place this summer.

“This situation has come about due to the absurd annual budgeting practices of Stormont departments, meaning that money unspent on certain projects by the end of the financial year had to be clawed back by the Department for Communities.

“I have written to the Communities Minister asking her to ensure that funding for this important project is included in this year's budget.

“Having spoken to senior Council officers, I am assured of their commitment to getting these works completed by the summer, as promised, so young people with disabilities can get more enjoyment out of this wonderful facility that has brought so much joy to so many families over the past few years.

“I remain tremendously proud of the role I played, along with others, in delivering Strathfoyle playpark and am determined to see these improvements that will make it more accessible.”

A spokesperson for the Enagh Youth Forum, which has been heavily involved in the plans for the Strathfoyle park, said they were 'shocked' at the news that the funding had been withdrawn.