A local councillor and MLA have called for further safety measures in the village. 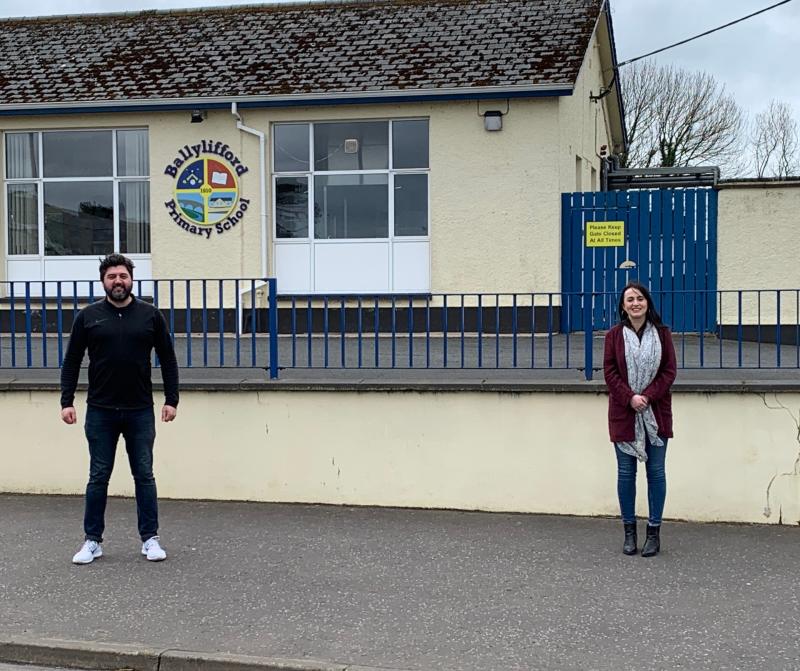 Local politicians have called for improved traffic calming measures to be introduced at a County Derry primary school.

Mid Ulster District councillor, Gavin Bell, alongside MLA for the area Emma Sheerin, have been lobbying for action to be taken outside Ballylifford Primary School.

Cllr Bell raised concerns that motorists were using the village as a 'natural bypass' of congested towns and villages linking the M1 and M2 motorways.

“Parents, teachers and others across the Loughshore community have voiced their concerns that there is a tragedy waiting to happen here,” he said.

“I campaigned a few years ago, with support from Francie Molloy MP, to help bring about the speed reduction from 40mph to 30mph at primary schools in Ballinderry, Ballylifford and Drummullan.

“Following on from that, I have been requesting speed cushions to be installed outside Ballylifford Primary School, however, this continues to get knocked back because of DfI policy.

“If speed ramps or physically measures are needed, then surely the rule of too many vehicular movements on the road should be overridden, especially where a primary school is involved.”

Ms Sheerin has written to the Minister for Infrastructure, calling for Ballylifford PS to be added to the list of schools benefiting from new signage.

“I’ve asked the Infrastructure Minister to add Ballylifford Primary to the list of schools, and to implement other speed calming measures at this point of the Ballinderry Bridge Road,” she said.

“Unfortunately she has maintained that it doesn’t meet the criteria at present, which I would challenge, and has also cited budgetary constraints as a factor.

“Rural roads and the safety of our school children cannot come second to financial issues. Road safety must be prioritised.”