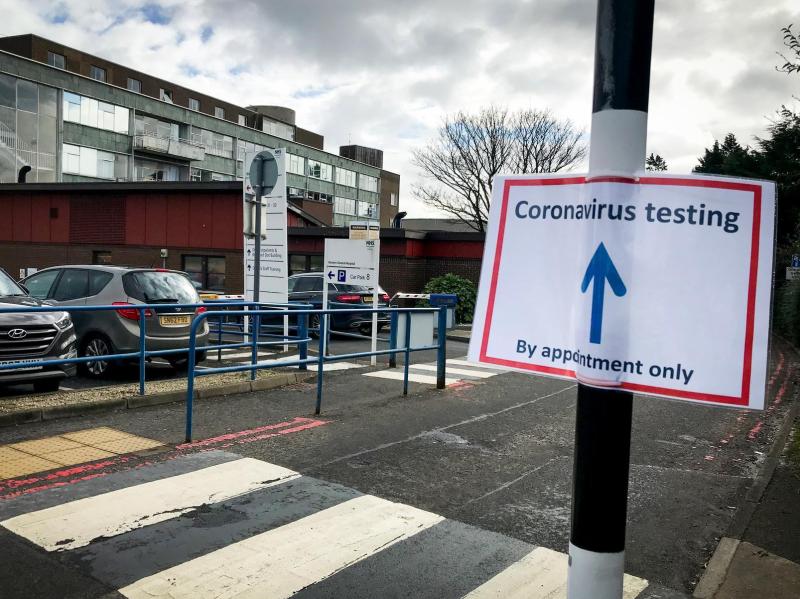 County Derry recorded over a quarter more positive cases of Covid-19 over the last seven days than were identified during the previous week.

A total of 170 cases were identified within the county's postal areas, a figure which meant the rate per 100,000 rose to 68.5, almost double the overall Northern Ireland figure of 37.9. 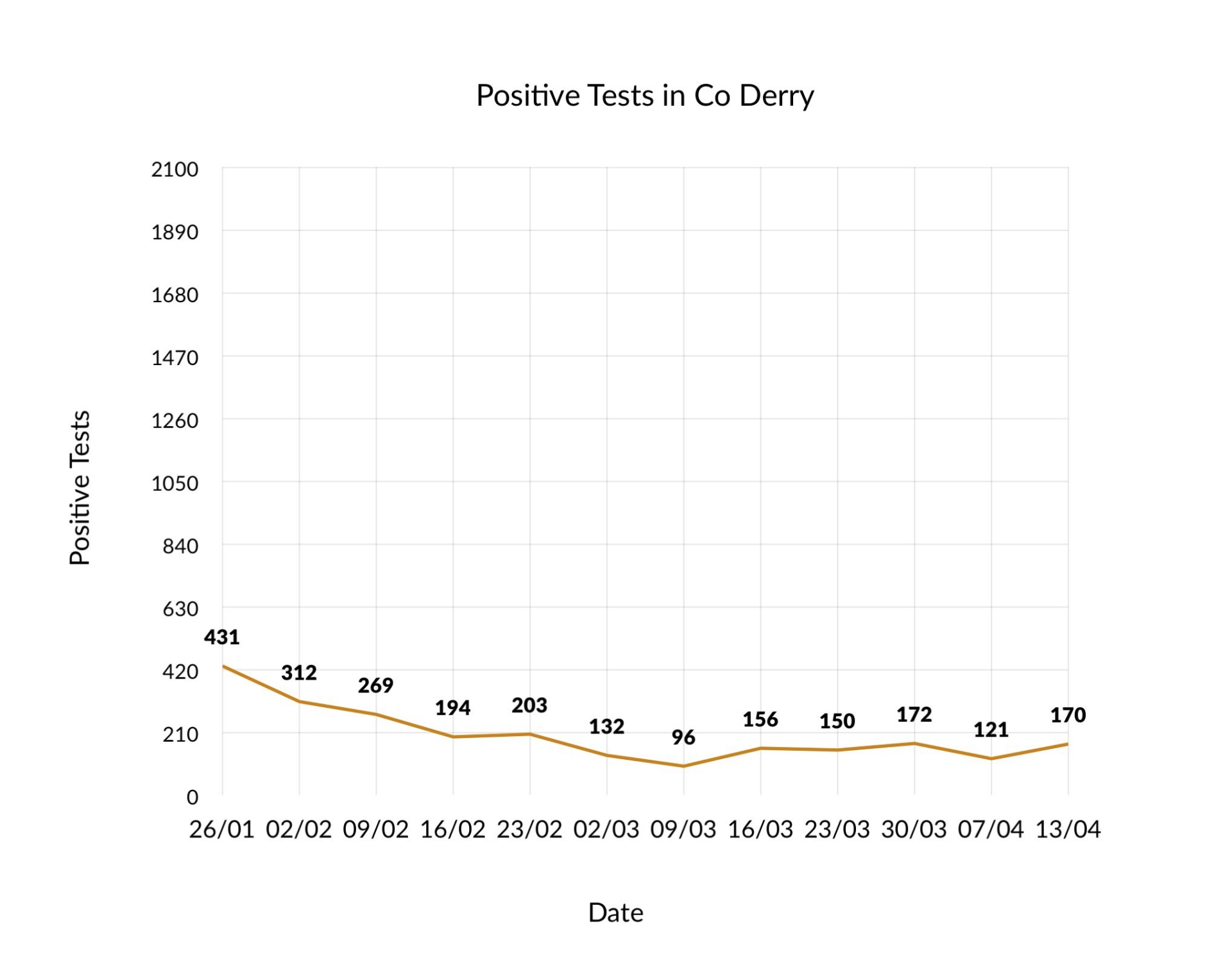 The 28.8% increase in positive tests is alongside a 10.7% rise in testing numbers, and the percentage of positive tests only rose from 3% to 3.8% over the seven days.

Magherafelt's rate per 100,000 of population continues to yo-yo, and BT45 now has the lowest in the county, except for Portstewart's BT55 area which recorded no cases from 145 tests. 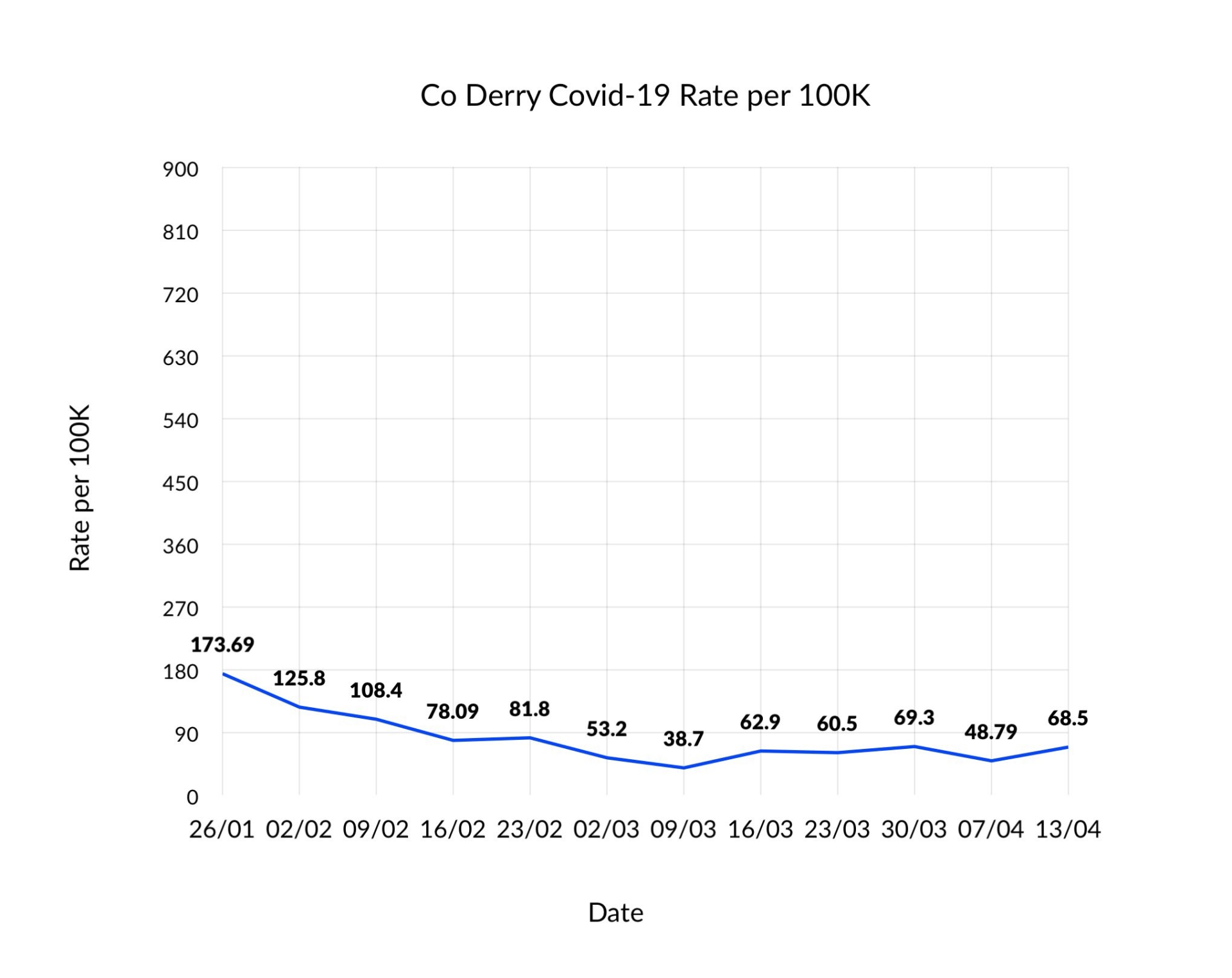 There were two Covid-related deaths within the county's three local government districts over the last seven days. One was recorded in Mid Ulster and the second in Causeway Coast and Glens.

There have been no Covid-related deaths in Derry City and Strabane for a second week in a row.

826,412 first doses of the vaccine have now been administered, representing 43.7% of the NI population, while a further 199,500 have received their second dose. 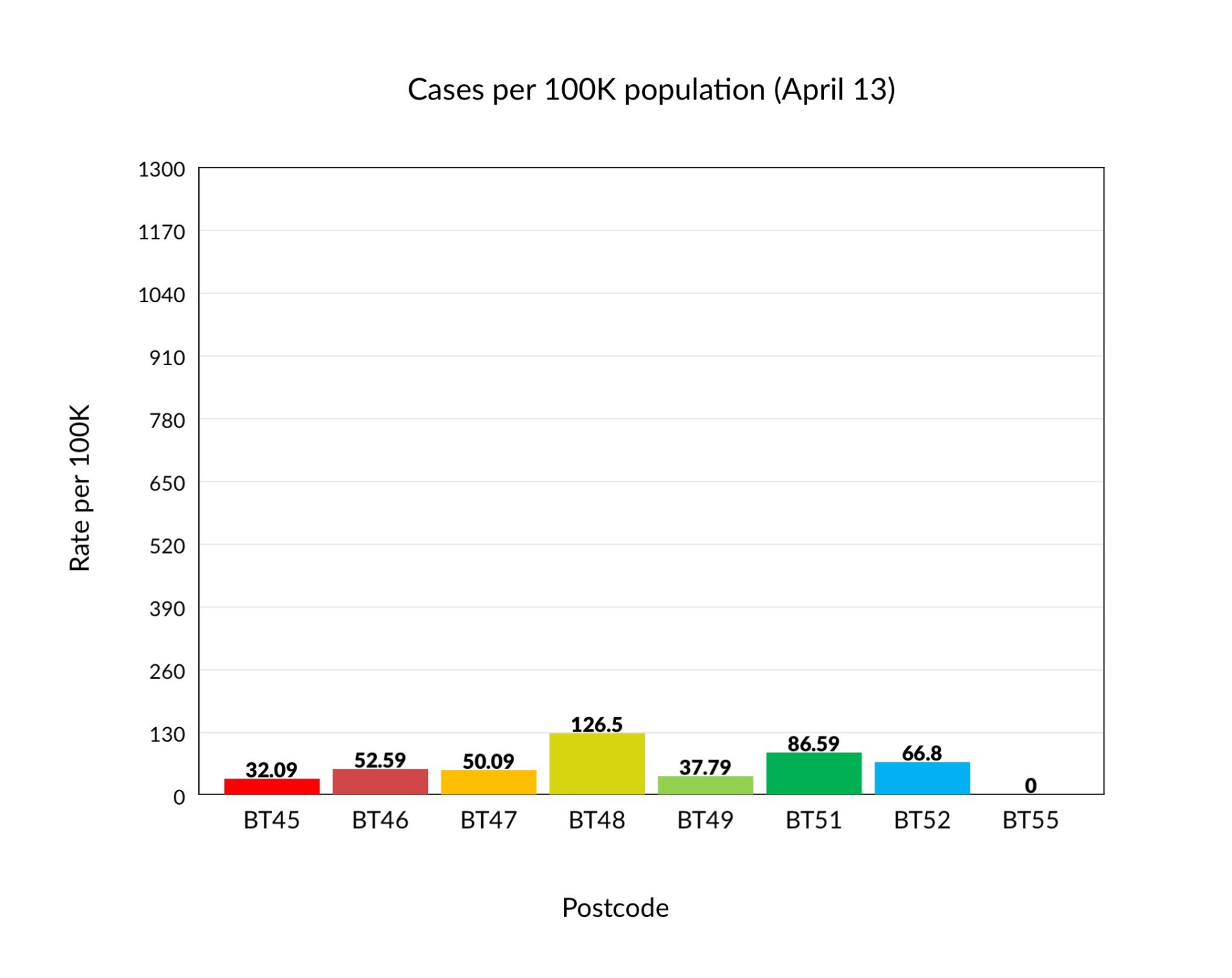 Health Minister Robin Swann has paid tribute to the vaccine teams after the total number breached 1,000,000 at the weekend.

“The success of our vaccination programme is down to the hard work and dedication of the health care teams and volunteers working in GP practices, pharmacies and vaccination centres right across Northern Ireland,” he said.

“It is testament to them that we surpassed the one million vaccines milestone at the weekend and over 820,000 people in Northern Ireland have now received a vaccine. 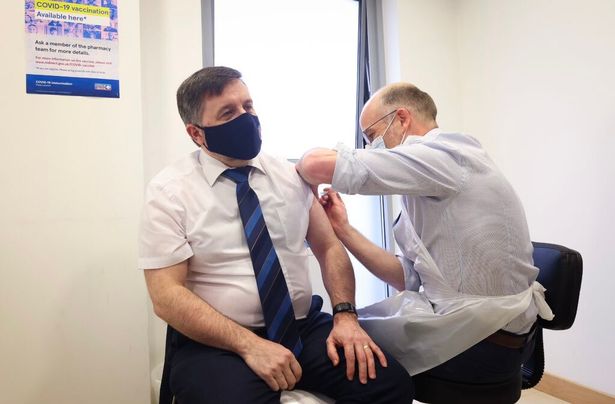 “Every jab takes us further down the pathway towards a better and safer future and I would call on people to get the vaccine when their turn comes, or if you fall into one of the eligible cohorts then book your appointment today.

“Do not delay. Having received my first COVID-19 vaccine I can assure people that it was a quick and straightforward process and I’m grateful that I’ll soon have some protection from this awful virus while I await my second dose in due course.”