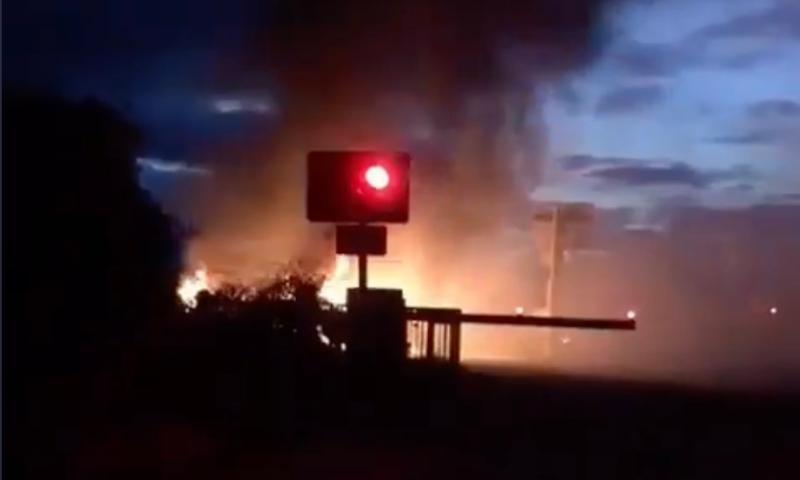 Infrastructure Minister Nichola Mallon has described an incident in which a burning car was left on railway tracks in County Derry as deeply concerning.

One NI Fire and Rescue Service (NIFRS) appliance was sent from Limavady to deal with the incident around 9.00pm on Monday evening.

A NIFRS spokesperson said the fire was ‘deliberate’ but was now under control, with damage sustained to the main Coleraine to Derry railway line.

Minister Mallon expressed her gratitude to the train driver, who brought the train to a halt before it reached the burning wreck.

”I am deeply concerned and troubled by the incident near Bellarena this evening,” she said.

”The train travelling from Belfast to Derry was brought thankfully to a stop by the train driver who acted quickly before the train reached the burning car on the track.

“I am so relieved to hear that passengers and crew are all safe. It is unimaginable to think what could have happened this evening had it not been for the prompt action of the driver and crew.

“I want to express my gratitude to them and to the emergency services.

“I would urge anyone with any information about this incident to contact the PSNI.”

Translink have said a bus substitution service will be in place on the route until further notice.