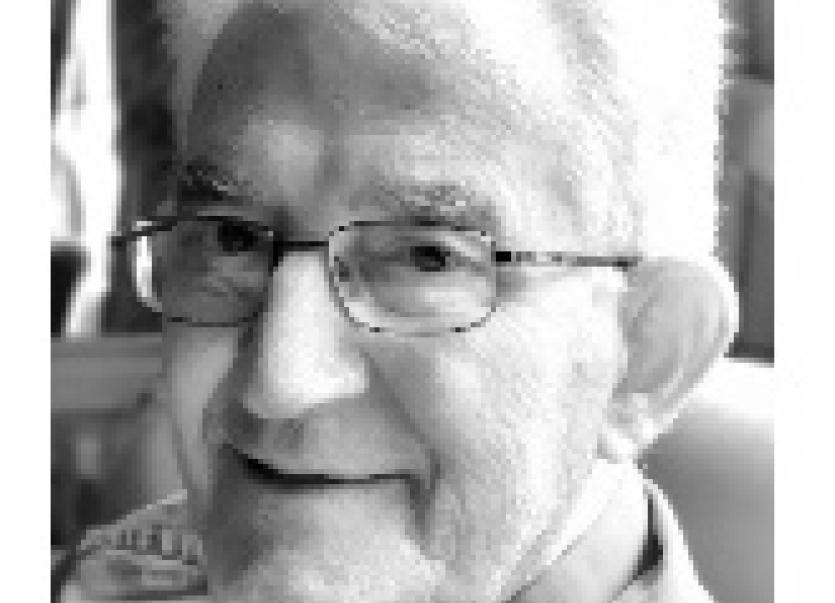 Tributes have been paid to a former long-standing principal at one of Derry's oldest schools.

Seamus Kelly, who was a member of staff at Long Tower Boys School for almost almost 40 years and headmaster of the school for 18 years, died last Wednesday at the age of 91.

Mr Kelly passed away less than two months after the death of his wife Susan on February 17.

He was buried on Saturday following a service at St Patrick's Church in Pennyburn.

During his homily, Father Michael McCaughey paid tribute to the impact that Mr Kelly had on so many young people in the city, through both his teaching role and the work he had done at the Long Tower Youth Club.

Mr Kelly had a big interest in cine cameras and had captured a lot of footage in Derry in the 1950s.

Two years ago, that footage was included in a DVD which was created to raise money for the Áras Cholmcille Centre at Long Tower.

Fr McCaughey said both Mr Kelly's parents had originally come from the Illies area of Inishowen and he maintained a love of Illies throughout his life having spent so much of his youth there.

After attending school at the Christian Brothers school and St Columb's College, he trained to be a teacher at St Mary's College in Belfast.

“He joined the teaching staff at Long Tower Boys Primary School in 1950 and remained there until 1988. He was headmaster of the school from 1970,” said Fr McCaughey.

“They were difficult times within our city. He saw rapid social and economic upheaval which impacted on the students and staff alike but Seamus Kelly was known for his fairness, his discipline as a teacher.”

Fr McCaughey said that with the onset of the Troubles, Mr Kelly became 'more than just a teacher'.

“Like all teachers and indeed all leaders his role expanded to include the role of a social worker, a diplomat, peace maker and in many ways a counsellor.

“He was a passionate believer in the importance that schooling and education should play in the lives of young people of our local area as most parts of their lives were anything but normal.

“Seamus Kelly wanted to ensure always that school environment would bring a peace and normality, some calm from what was happening outside of the school walls.

“Nobody was to interrupt that calmness and that sense of normality within the school grounds of the Long Tower Boys School.”

Fr McCaughey said Mr Kelly's family often recalled in his later years how he would be referred to as 'Sir' or 'Mr Kelly' by people he met.

This, Fr McCaughey said, showed the regard that they had for him and the impact that he had had on their lives.

After retiring, Mr Kelly spent much time devoted to his garden of the family home at Ballynashallog Gardens in which he grew his own vegetables.

He and his wife also spent more time in their beloved garden and also gained much joy from their grandchildren, said Fr McCaughey.