One postal area recorded a single-figure rate per 100,000 population over the last week. 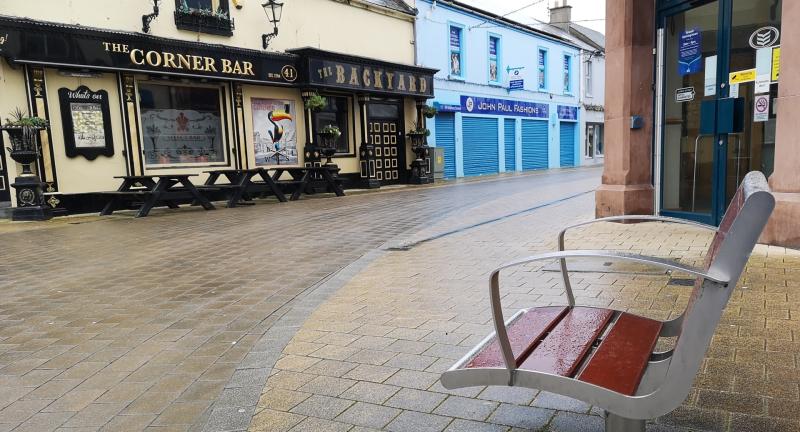 Just two positive cases were recorded in Limavady over the last seven days.

There have been encouraging signs in County Derry over the last seven days as the number of confirmed Covid-19 cases dropped by almost a third in comparison to the previous week.

121 cases were recorded in the county's postal areas, representing a 29.7% decrease in cases from the previous week's figures, while the positive rate has also fallen to just 3%. 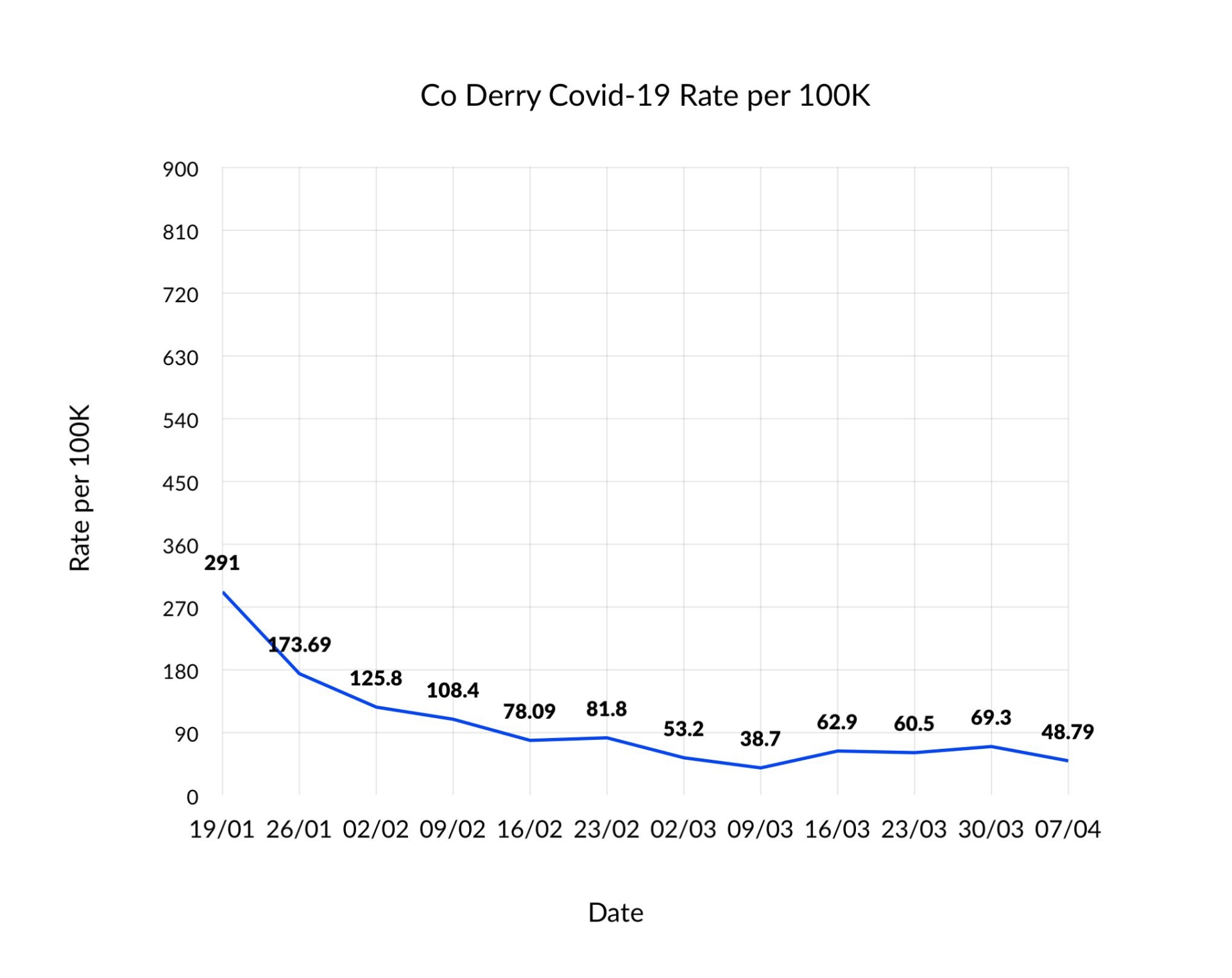 The county's rate per 100,000 of population (48.8) marks a decrease from the previous seven days, but remains slightly above the overall NI rate of 35.2.

There were slight increases in Garvagh (BT51) and Coleraine (BT52), but the largest fall came in Limavady, where there were 90.5% fewer cases this week. 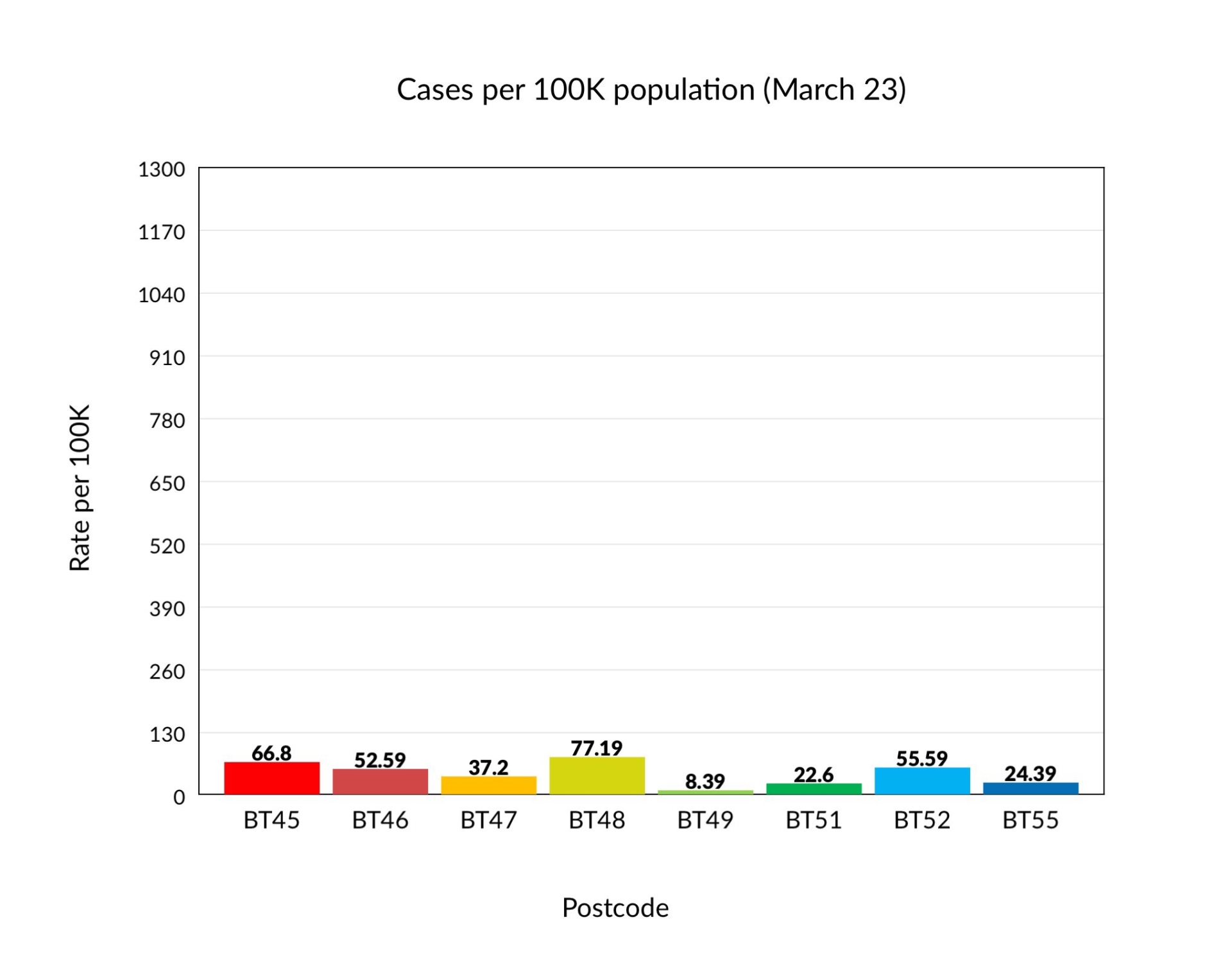 Magherafelt, which last week held top spot for cases in the county, recorded a 52.8% decrease over the last seven days and drops into second place.

The deaths bring the total number of Covid-related deaths across the three areas to 500.

A decrease of inpatients being treated for Covid-19 was also recorded over the last week, with just 15 patients now being treated in Altnagelvin (15), Causeway (1) and Mid Ulster (1). A further 19 patients are being treated at Antrim Area Hospital.

790,860 adults have now received their first dose of the Covid-19 vaccine, representing 41.8% of the NI population. 167,923 second doses have also been administered, meaning 8.9% of the population are fully vaccinated.

The figures come as the NI Executive prepares to provide an opening date for the return of hairdressers and non-essential retail. 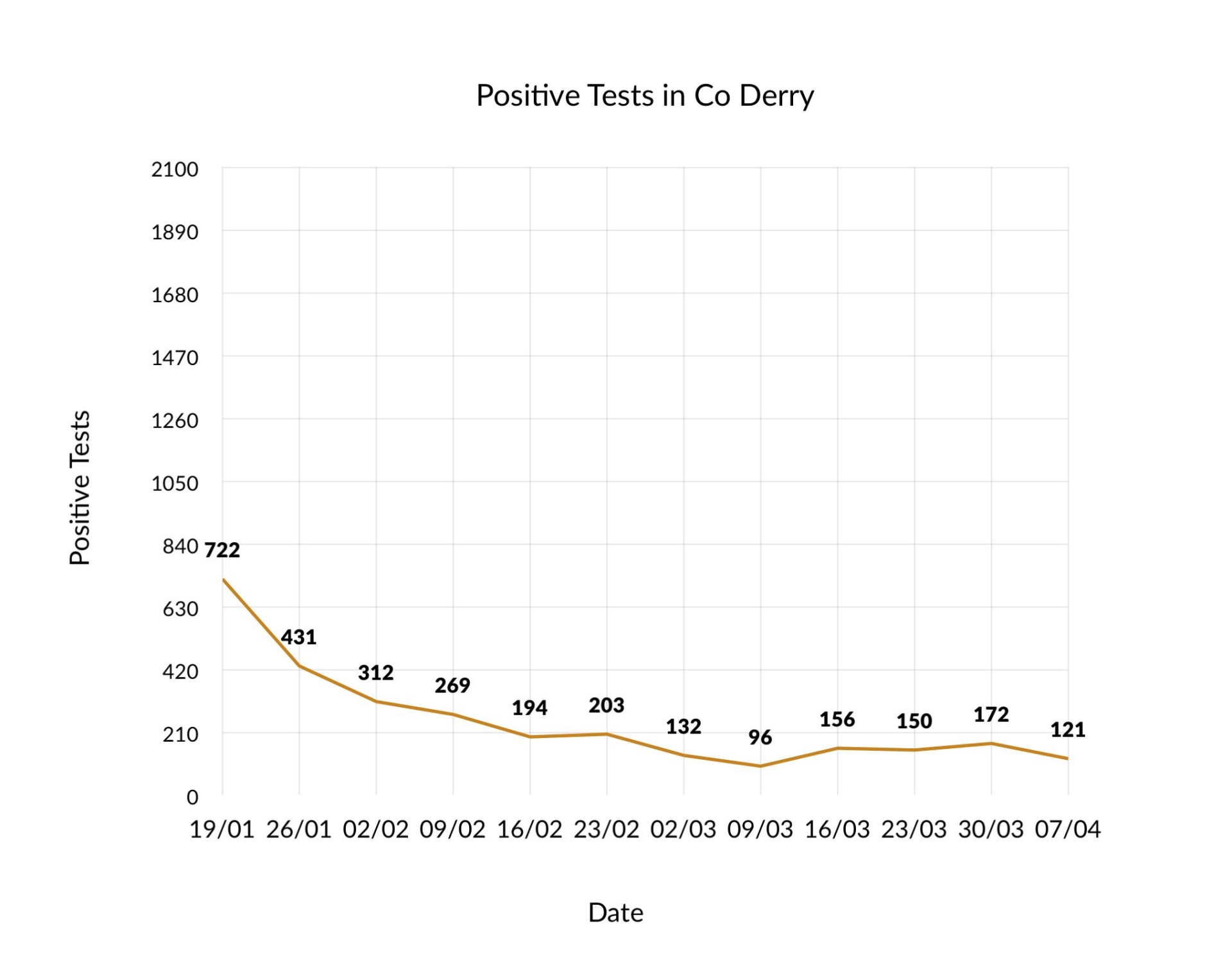 First Minister Arlene Foster has said they will discuss the issue at the next Executive meeting, due to take place on April 15.

Outdoor retailers such as garden centres, car washes and garages can reopen from Monday April 12.

"Diane Dodds has put papers in in relation to the lifting of restrictions in terms of close-contact services, hairdressers, beauticians, for non-essential retail," said Mrs Foster on Tuesday.

"I do hope that we will be able to give dates in relation to those issues when we next go to the Executive to look at those issues.

"I think what you will see coming out of the next Executive [meeting] are some timelines."