Four-year-old Ollie Higgins passed away in 2019 after a year-long battle with cancer. 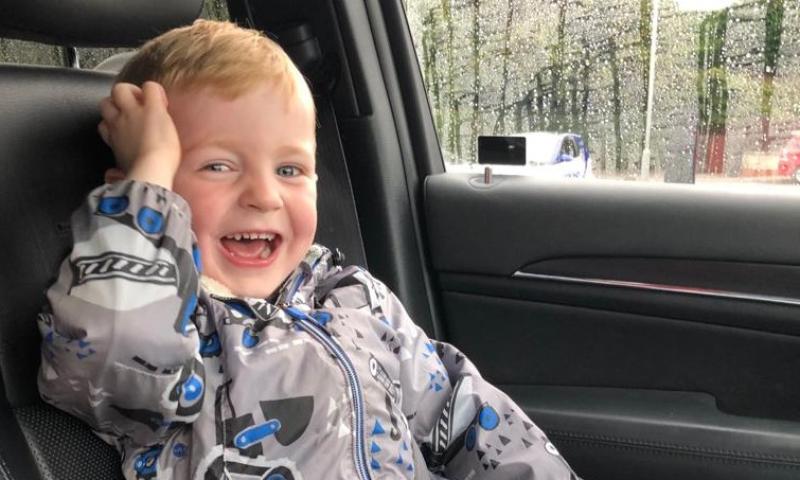 A County Derry company has launched a 20th anniversary fundraiser in memory of their directors' grandson.

Ollie Higgins, grandson of Essential Design Group directors Oliver and Mandy Higgins, passed away in July 2019 after a year-long battle with a sarcoma cancer of the diaphragm.

A number of the Castledawson company's employees have now launched an initiative to raise funds for Clic Sargent and the Children's Cancer Unit Charity, who were hugely supportive during Ollie's illness.

The initiative coincides with the group's 20th year in business, and participants will be challenged to complete 10,000 steps every day during April.

Donations will be collected online via Virgin Money and the public are encouraged to join in the action.

“He was such a happy-go-lucky wee boy, he wanted to be outside all the time playing,” she told the County Derry Post.

“He did go through his chemotherapy and radiotherapy, and was fantastic through it. You wouldn't have known to look at him that he was going through treatment.

“Unfortunately, though, he relapsed in April 2019 and he was taken back into hospital. Then he was given a terminal diagnosis at the end of May, the day before his 4th birthday.”

Both the chosen charities have been instrumental in helping the Higgins and Randlesome families through such a heartbreaking time.

“You get your own room, but it's a shared house. Ours was called 'Paul's House'. It is right across the road from the Royal Victoria Hospital,” she said.

“It meant that when he was given his terminal diagnosis, the whole family could stay. We would have stayed with Ollie until late at night, and then we would have walked across the road.

“We lived an hour away from the hospital, so it was fantastic to be able to stay up and spend every minute we could with him because we knew he was going to pass away soon.”

The family also wanted to support the Children's Cancer Unit Charity, who also helped support them throughout the experience. 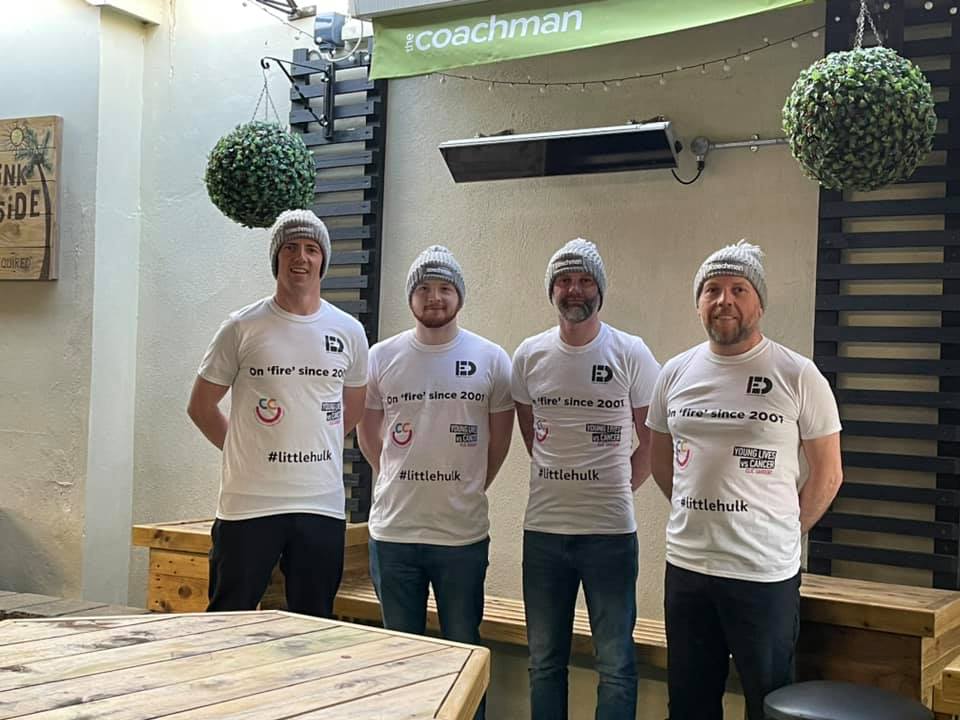 A squad from the Coachman, Magherafelt, in their #littlehulk T-shirts.

The charity provided Ollie's sister Lucy with a memory box and helped provide opportunities for him to enjoy precious days out before he passed away.

“Ollie wasn't allowed in crowds, we couldn't even take him to a coffee shop for his lunch, so they rented out places and got them all cleaned before the children came to that place.

“It meant they could have days out where it was safe, and along with children who were going through the same thing as them.

“They also did what was called the 'beads of courage'. Each bead represents something Ollie went through, chemotherapy for example, and there are different-coloured beads for them.”

While the company had ordered a number of T-Shirts, the huge interest and support from within their community for Ollie's memory has meant they have already run out.

Emblazoned on the T-shirts is the #littlehulk hashtag, a reference to Ollie's nickname. Its meaning is twofold.

“He absolutely loved the Hulk. He had a wee Hulk figurine and he carried him everywhere,” said Rebecca.

“That's how he got his nickname, but then he sailed through his treatment and was doing so well, so everybody said he was strong like the Hulk.

“He loved Polepatrick too, we used to take him and he loved walking around through the forest, so that's why we chose Polepatrick as his resting place.”

Donations can currently be made by searching for 'Ollie Higgins' on Virgin Money, or by contacting Essential Design Group directly.

Anyone taking part in the 10,000 steps per day challenge is also asked to post their pictures and videos on social media, using the #littlehulk hashtag in memory of Ollie.