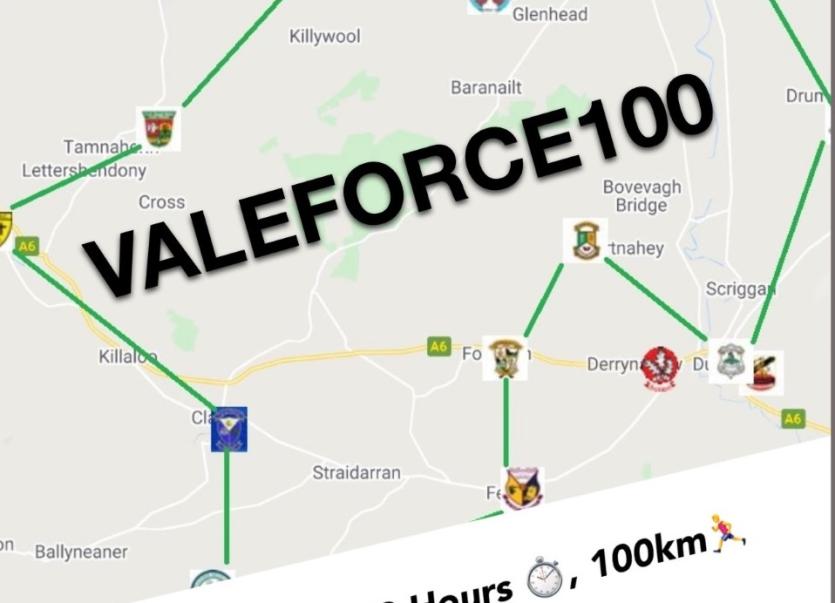 “With the difficult times that we have all gone through over the last year and with, hopefully, the end in sight,” outlines a statement on the group's fundraising page.

“We know that the already huge issue of mental health in our community will become even more prevalent in the coming months and years.

“As such this is our way to give a little bit of support to these two charities who will be needed even more than ever to help support those in need.”

The challenge is inspired by the David Goggins 4x4x48 challenge with an 'added twist' and 14 extra miles.

Starting at Faughanvale, they will take in 11 other local clubs by running from one club to the next every four hours we will be calling at Slaughtmanus, Ardmore, Claudy, Craigbane, Banagher, Foreglen, Drum, Dungiven, Drumsurn, Limavady, Glack before returning to Faughanvale.

“We would like to thank all the clubs for allowing us to stop at their premises, MFC Sports for making the jerseys and Healthy Cave for providing us with the food on the days.”

All donations can be made via: www.justgiving.com/crowdfunding/vale-force