Cafe owners devastated after a window smashed in the premises

The incident occurred between Sunday evening and early on Monday morning. 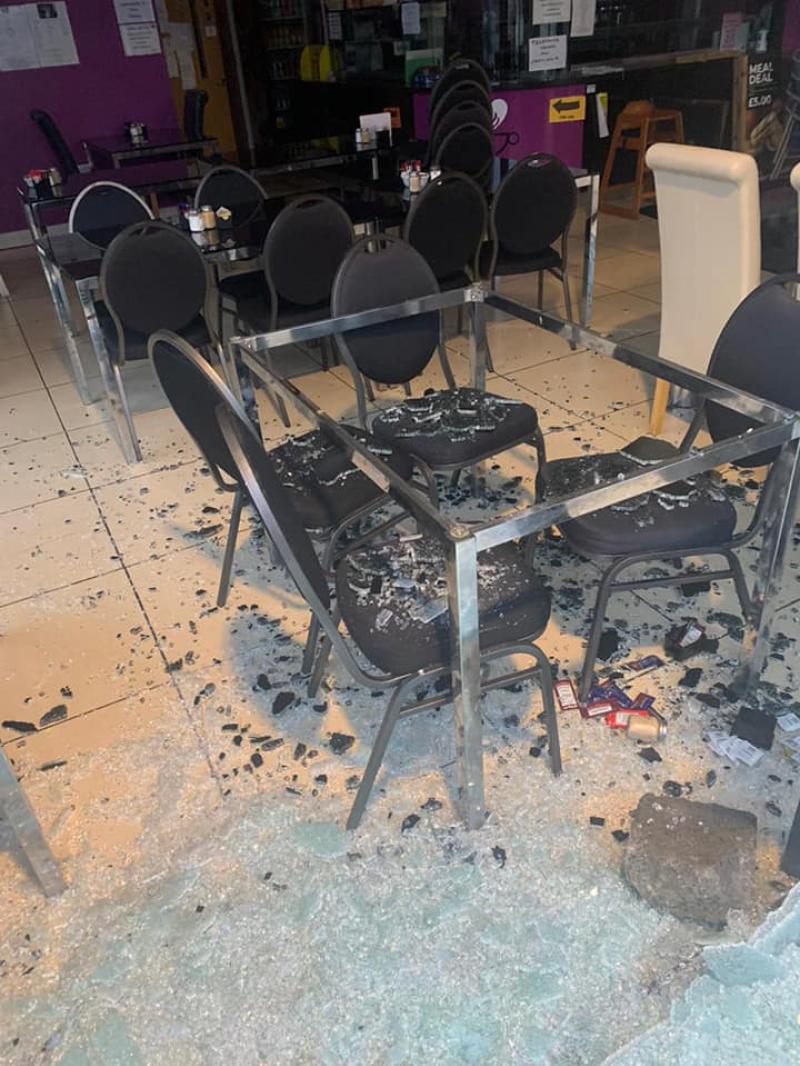 The owners of a County Derry café have said they are 'devastated' after the front window of their premises was damaged on Sunday night.

The damage to the front window of Time Out café in Draperstown is thought to have occurred between Sunday evening and 6.50am on Monday.

In a statement posted to their Facebook page, Time Out said they were 'devastated' by what had happened, and appealed to the public to provide information to the police.

The PSNI have also appealed for information following an incident of 'criminal damage' at the premises on the town's Tobermore Road.

“We received a report that a brick had been thrown at, and subsequently smashed through, the front window of a café,” said Sergeant Walker.

“At this stage it would appear that no one entered the property and nothing was taken.

“I am appealing to anyone with information, or who noticed any suspicious activity in the area, to contact us on 101 quoting reference number 185 of 29/03/21.

“Alternatively, information can be provided to the independent charity Crimestoppers on 0800 555 111, which is 100% anonymous,” added the local police officer.