The BT45 postal area had the highest rate just three weeks ago. 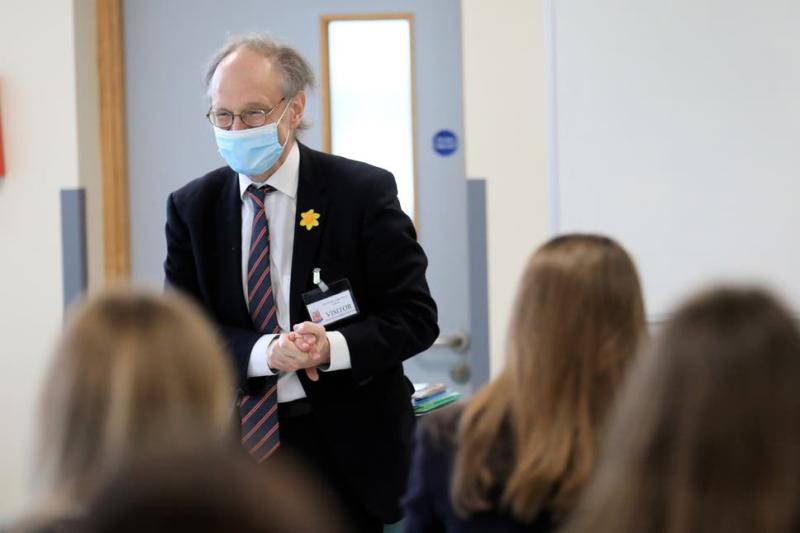 Education Minister Peter Weir has said plans are in place for more regular testing in schools.

The number of positive Covid cases in County Derry has fallen by 3.8% in comparison to the previous week's figures.

Last week's data had shown an increase in the number of positive cases identified in the county, but the 150 cases diagnosed over the last seven days indicates a move in the right direction once again.

Over 300 more Covid tests were carried out over the past week than the previous seven days, and a reduction in positive cases has seen the county's positive percentage reduced to 4%. 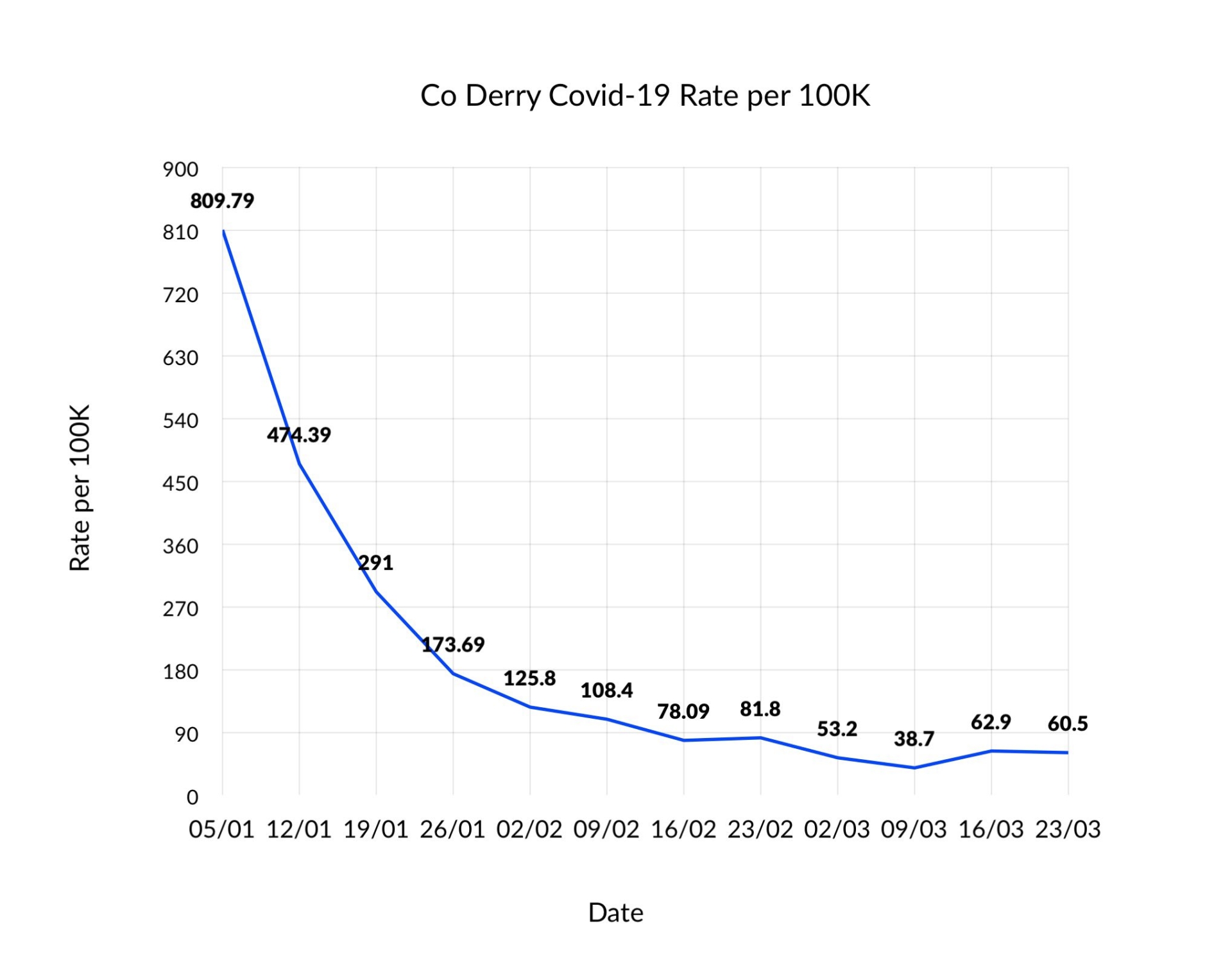 The rate per 100,000 of population in County Derry is currently 60.5, with the highest local rate in the county recorded at 96.5 in Maghera's BT46 postal area.

Magherafelt's BT45 area now has the lowest rate per 100,000 in the county. The figure has dropped to 34.7, while its 2.7% positive percentage is also the lowest.

However, the county's figure has risen above the overall NI figure (now 55.4) for the first time since January 5.

The largest reduction in cases came in Limavady's BT49 postal area, where case numbers dropped by 44.4%, while the highest increase came in Portstewart (BT55), which saw a 42.9% increase. 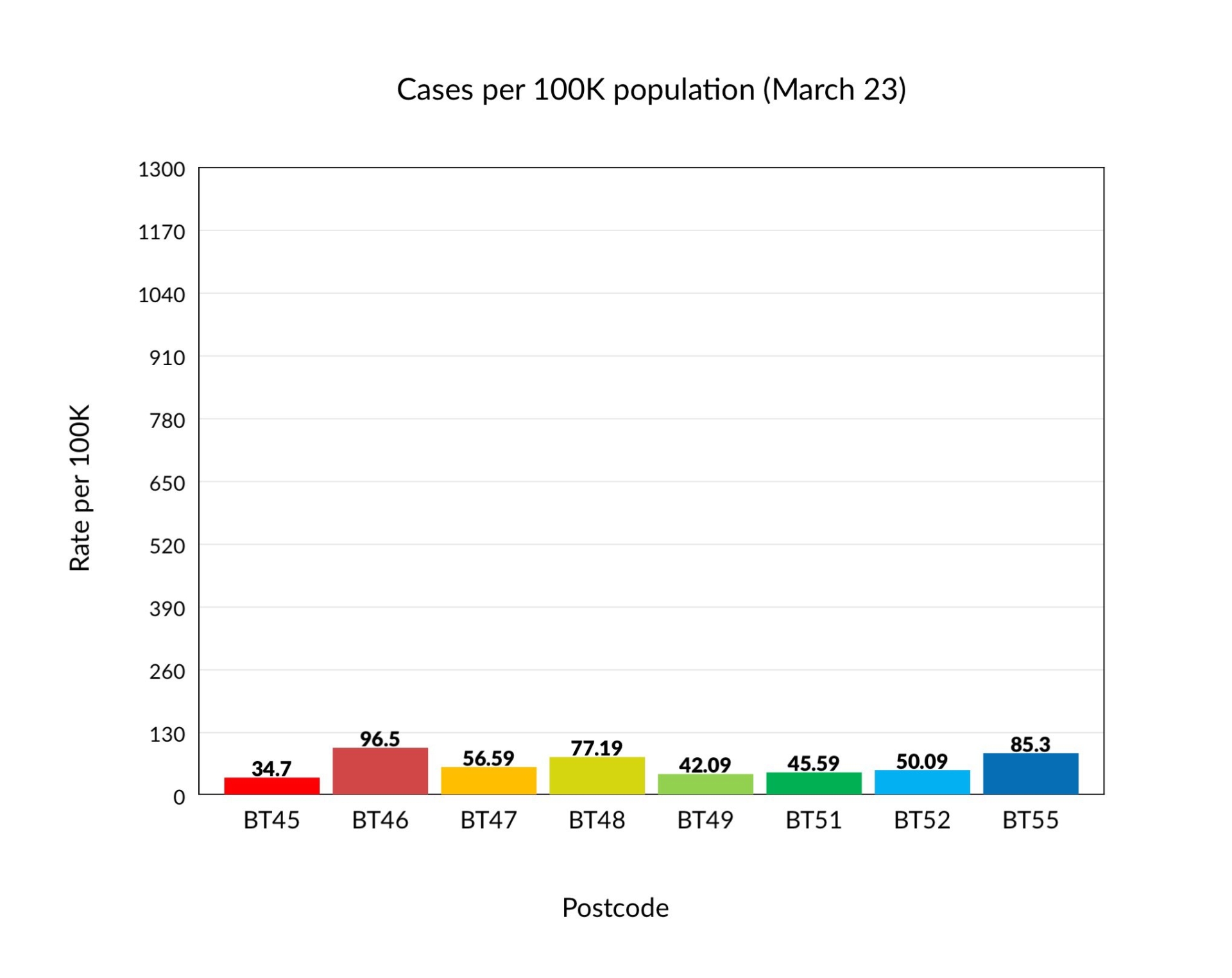 Both Derry City's postal areas of BT47 and BT49 also experienced an upturn in numbers of 37.1% and 19.1% respectively.

One Covid-related death has occurred in the county's three local government districts over the last week. It was recorded in Derry City and Strabane and brings the total deaths in the area to 135.

Mid Ulster experienced no Covid-related deaths, while the numbers in Causeway Coast and Glens have actually been revised downwards by one from the previous week.

There are currently 22 Covid patients in Altnagelvin, a reduction from last week's number of 28, but Antrim Area's number has risen from 23 to 26 and Causeway's from 0 to 6.

Meanwhile, there were happy faces among parents and pupils yesterday as all Northern Ireland's primary school children returned to school, almost a year after schools shut for the first time.

Education Minister Peter Weir said a return to school for all pupils had always been his main aim and that plans to introduce regular testing in schools were underway. 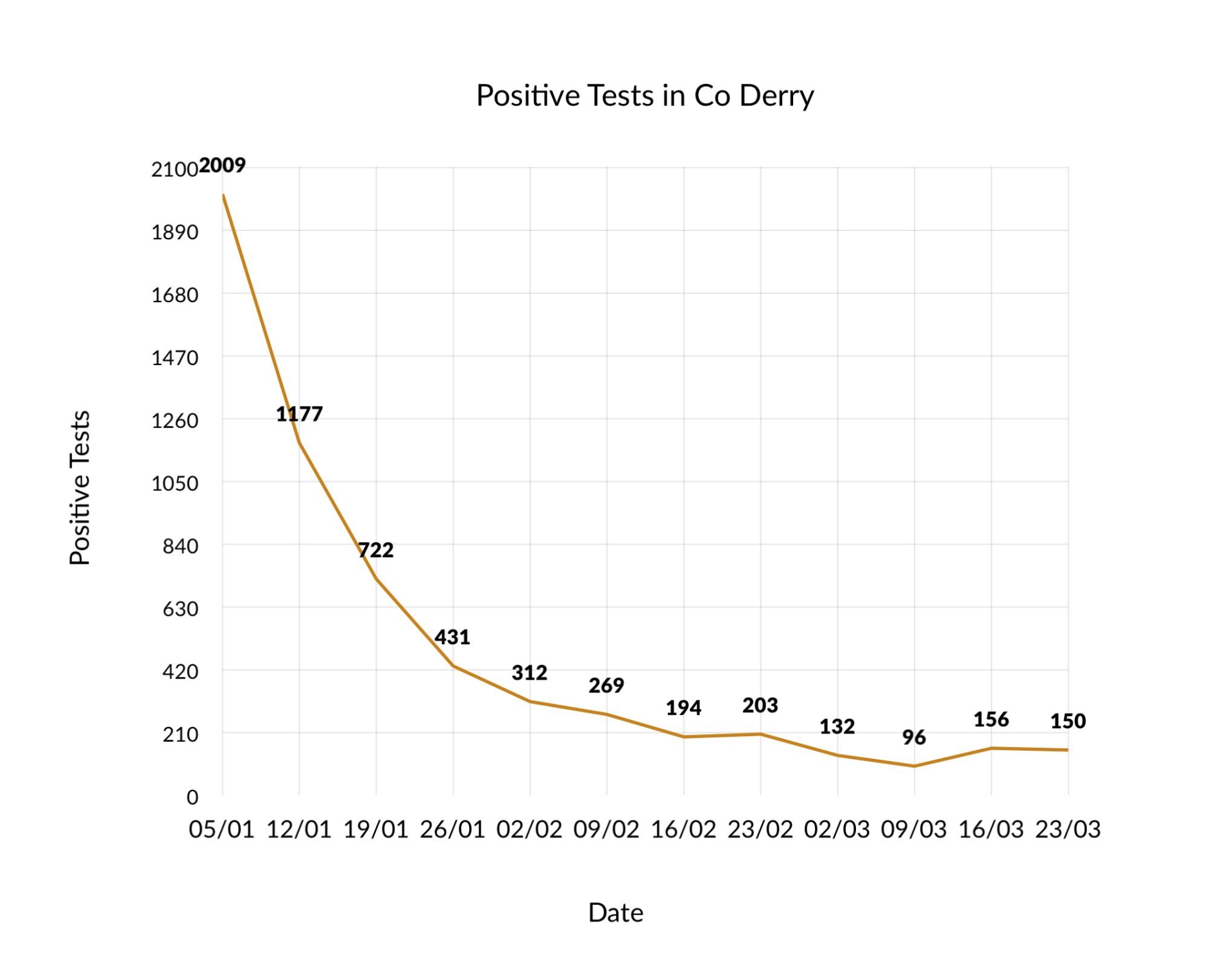 “Education has rightly been prioritised by the Executive for all the benefits that brings to our children and also for the longer term societal and economic benefits,” he said.

“With Executive support, I intend to invest in the necessary resources to help pupils address any disruption to their learning that they may have faced since the start of the pandemic.

“Testing for school staff and older pupils will provide a significant level of reassurance to education settings.

“It will be of benefit to all those in schools for us to be able to break the chain of transmission of the virus by identifying all those who may be asymptomatic.”