500 premises in the area are to get a second blue bin as part of the trial. 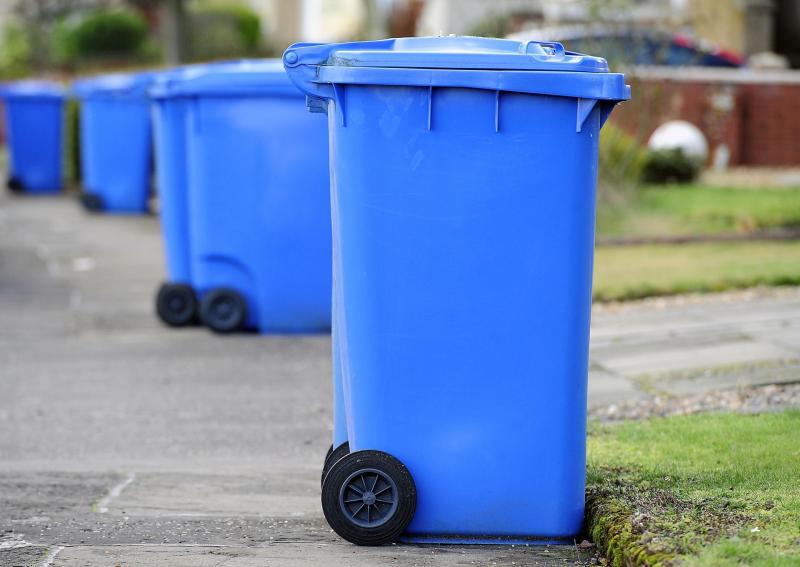 More than 500 premises in Magherafelt have been earmarked for a council kerbside refuse and recycling trial.

A report presented to councillors at a Mid Ulster District Council Environment Committee meeting last week detailed the plan, which will reduce the size of the premises' black bins while providing an extra blue bin.

The current 240 litre black bins at the premises will be replaced by a smaller 180 litre bin, while a second 240 litre blue bin will be provided for household recycling.

It is hoped the trial will help inform future strategy in reducing the amount of residual waste being collected in black bins throughout the council.

Some councillors raised concerns around residents who had privately purchased their black bins, or larger families in the area who needed the extra capacity.

“If you have a household that relies on the 240 litre bin because of the number of people, surely by reducing capacity it will make it harder for them,” he said.

“Say there are young kids and dirty nappies that would go into the black bin, is there anything being taken into account for those households or can people opt out?”

Council officials confirmed the trial would adhere to any existing measures like second bin collections to ease these pressures.

The motion to conduct the trial was carried at the meeting, with Cllr Brian McGuigan stressing the importance of the blue and brown bins.

“We need to encourage people to use the blue and brown bins to get away from the residual waste,” he added.