A number of youths were spoken to by police following the incident. 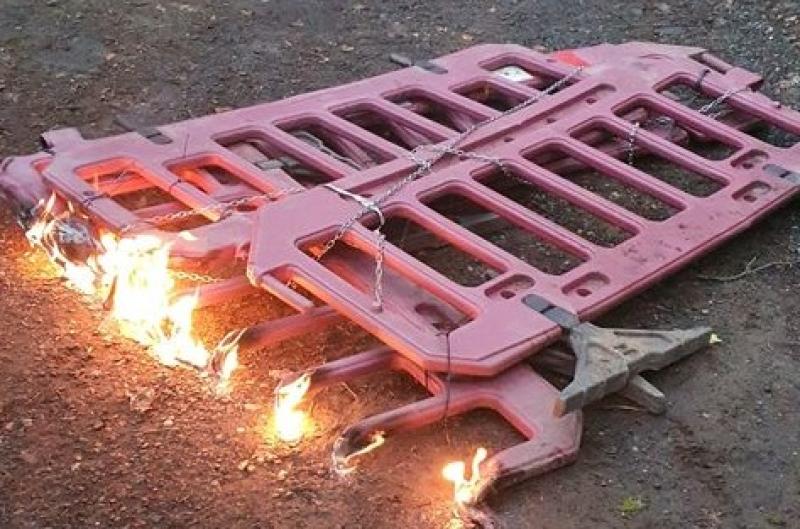 Two youths have been referred by police to a youth diversion officer following an incident of criminal damage in County Derry last week.

Police were called to the Bridge Street area of Castledawson after a member of the public discovered a number of items on fire.

Plastic barriers placed on a bridge by a local golf club had been set alight, while a metal bin on a path to one of the course's tee-off points had also been set on fire.

A local resident, told the County Derry Post how two members of the public had managed to get the fire out before it reached overhanging branches.

A bin was also set alight during the incident.

“Only for two locals out for an evening's dander, these burning barriers could easily have set trees, and the wooden bridge slats alight,” they said.

“They got water from the river, and also stamped out this fire. Walking further along, they then came across this metal litter bin, the contents of which had been set alight.

“Locals are worried that if this continues to escalate, someone may get hurt, or serious damage caused to a building.”

Sergeant Glen Calhoun said officers had spoken to two youths in connection with the incident.“We received a report that sometime on Tuesday, that a barrier at a local golf club had been set on fire,” he said.

“Follow up enquiries led to two youths being spoken to and they will be referred to the youth diversion officer.“I would ask young people who choose to engage in anti-social behaviour to think again and understand it is unacceptable.

“Police would encourage anyone affected by anti-social behaviour to report the matter to police immediately on 101.”