The Department of Infrastructure announced their decision this afternoon. 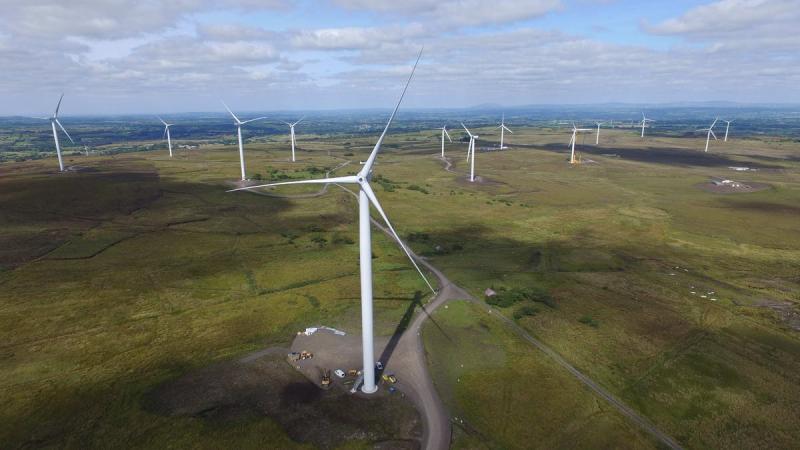 A south Derry wind farm has been given the go ahead after being granted planning permission by the Department of Infrastructure.

Corlacky Wind Farm will consist of 11 turbines and be situated approximately 3km west of Swatragh and among the townlands of Corlacky, Knockoneill, Half Gayne and Tirkane.

The decision was subject to a Planning Appeals Commission report on a hearing held in October 2019.

The site will be situated close to the Brockaghboy Wind Farm in the Sperrins Area of Outstanding Natural Beauty (AONB).

"This approval was based on a finely balanced decision where I had to weigh up the various benefits against any potential harm to the local area," she said.

"I carefully considered both the findings of the independent Public Hearing alongside the recommendations of my planning officials.

"While I am always conscious of potential impacts to the surrounding environment, green infrastructure does however represent a real opportunity for tackling the climate emergency, helping to boost our economy and creating a sustainable infrastructure for future generations.

“In this instance, I agree with how the Commissioner has weighed up the considerations in this case, with the exception to their interpretation on the extent to which the proposal would impact on the settings of the archaeological monuments.

"However, I do not consider that the impact is sufficient to warrant refusal.

“I am satisfied that the environmental and economic benefits are in favour of the proposal and outweigh any potential impact on the archaeological sites in the vicinity.”

Stephen Agnew, of RenewableNI, has welcomed the decision.

”Projects like the Corlacky Wind Farm are essential developments to help tackle the climate emergency while at the same time creating jobs, supporting the economy and local communities,” he said.

”We’re delighted the Minister has recognised the environmental and economic benefits it represents as part of the green recovery.

“Almost half (49.2%) of total electricity consumption in Northern Ireland last year was generated from renewable sources.

“It is essential projects like this are given the careful consideration they deserve to help us reach a more ambitious milestone of 80% renewable electricity generation by 2030.”