A group of local wildfowlers have set up a conservation scheme.

A group of County Derry wildfowling enthusiasts have undertaken a conservation project along the River Bann in a bid to show the importance of conservation in their sport.

A total of 100 full nest tubes were distributed along the Bann, including Lough Beg and Lough Neagh, as part of the project, while leftover money collected for the initiative was donated to a number of local charities.

The community-funded project was spearheaded by Eugene Lynn, who said he had wanted to go 'bigger and better' with this year's annual conservation efforts.

“When I first thought of this project the plan was to try and get as many volunteers from the local wildfowling community on board and get this plan into action,” he said.

“On my first post I had set out to gather funds through means of a raffle where I gifted some of my surplus gear to raise money to buy the materials needed to make 50 nest tubes for Lough Beg.

“The target was £600 which was needed to buy wooden posts, decking boards, wire mesh and hay, but as soon as the Facebook post went live my phone took off.

“I was overwhelmed with the men wanting to get on board and my phone started to ping with constant PayPal notifications.” 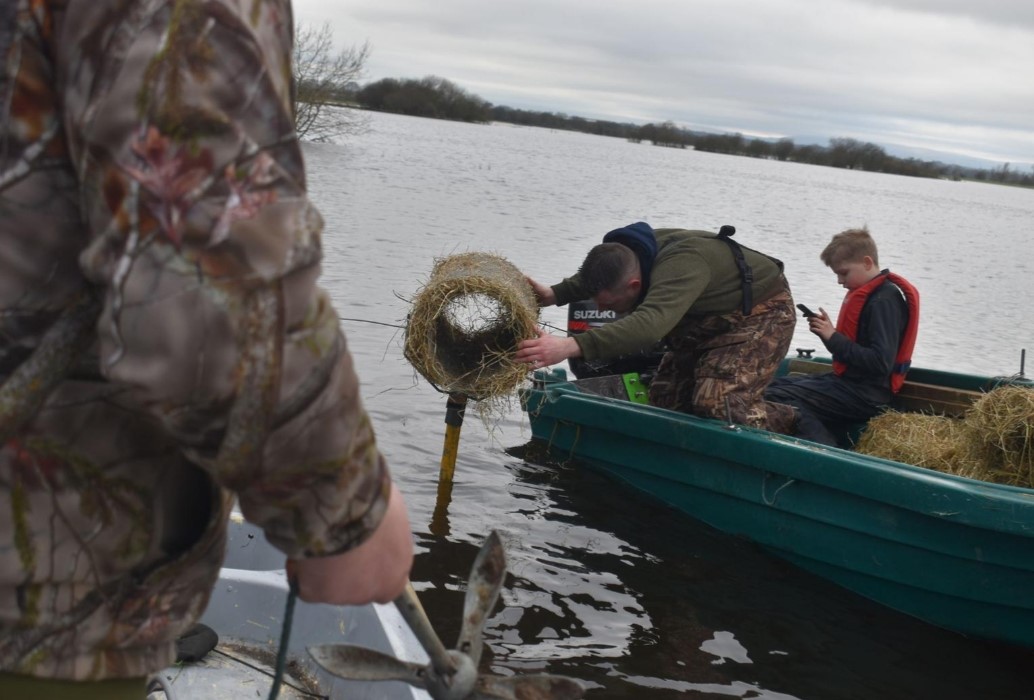 After the sudden increase in donations, Eugene decided to upgrade the wooden structures to steel, and a group of volunteers worked hard to create the tubes ready for distribution.

Despite high winds and rain delaying the operation, the tubes were eventually erected from Newferry to Lurgan along the Bann.

Three ladder traps were also bought as part of the efforts, to be rotated on Lough Beg for predator control to give wild mallards the best chance of survival.

With £366.48 left over from the project, Eugene rounded it up to £400 and distributed it equally between Community Rescue Service, Chest Heart and Stroke NI, NI Children’s Hospice and the Olive Branch in Magherafelt.

“It’s not all about the shooting, conservation is and must be part of being a wildfowler,” said Eugene.

“This is all the evidence you need to show that we as hunters do care and do give back to the countryside, we all love to get out in. Conservation must always remain hand in hand with our sport.

“It’s not a September to January season, it’s a year-round commitment that we as countryside people and wildfowlers accept and embrace.”