Maghera store robbed of goods worth £2,000 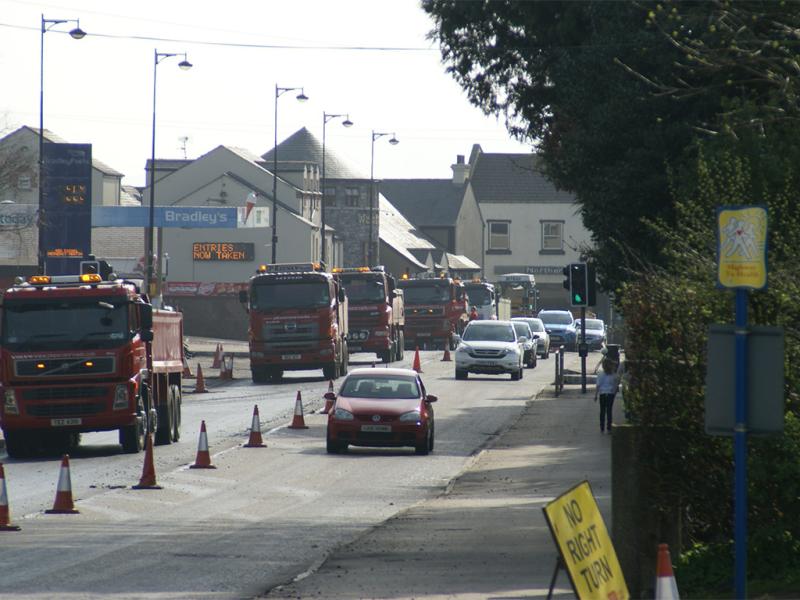 The incident occurred on the Coleraine Road in the town.

Almost £2,000 of equipment has been stolen from an electrical store in County Derry.

The items taken from the electrical supplies shop in Maghera included a number of television sets and vacuum cleaners, while damage was also done to the shop itself.

A PSNI spokesperson said entry to the store had been gained via an upstairs toilet window.

“A metal security grate around it had been cut, possibly with an angle grinder, and the window then smashed,” the spokesperson said.

Police are appealing to anyone offered electrical items for sale to contact investigating officers.

“The shop was ransacked, with an estimated £300 worth of damage being caused to a number of lights. The front door window was also smashed,” the police spokesperson added.

“We are keen to hear from anyone who has been offered electrical goods for sale.”

“Enquiries are continuing to establish the circumstances surrounding this incident,” he said.

“Police would appeal to anyone who witnessed anything suspicious in the area to contact detectives on 101, quoting reference number 698 28/02/21.

“Police are also keen to be contacted should anyone be offering electrical goods for sale in a non-retail setting.

“A report can be made using the online reporting form and information can also be provided to Crimestoppers anonymously online or by calling 0800 555 111.”

Meanwhile, Magherafelt councillor Darren Totten has appealed to the public to be vigilant following an attempted burglary in the area last week.

Cllr Totten said the suspects had been disturbed while attempting to gain access to outhouses at a property on the Ballyronan Road in Magherafelt.

“The invasion of residents property by criminals is a very distressing occurrence and is rightly condemned by the community,” he said.

“I have been in contact with the householders who are naturally upset at last night's events, who will update me with any developments.

“The police have attended the scene and have recovered power tools nearby when the intruders made off, which are believed to have been stolen in another burglary.

“I would appeal to everyone to secure outbuildings and valuables and report any suspicious activity and to anyone who has information on either of these crimes to contact either myself or the police.

“These criminals must be caught and dealt with.

“Our communities deserve to live free from crime and free from the fear of it,” added the local councillor.