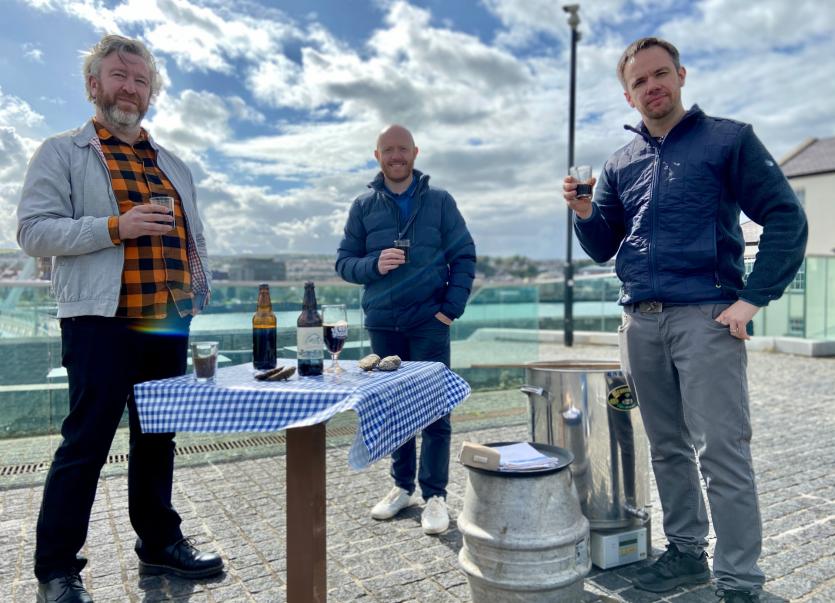 From the foothills of the Sperrin mountains to the Atlantic Ocean, many waterways combine to form the River Foyle as it weaves its way through counties Tyrone, Derry and Donegal.

In a new three-part series for BBC Northern Ireland, Barra Best leaves the comforts of the TV studio to explore these landscapes and from white water rafting to watching salmon leap, he meets some interesting people who live and work along the river banks in Barra On The Foyle.

Starting this evening at 7.30pm on BBC One Northern Ireland, the series sees Barra begins his journey in the heart of the Sperrins at Beaghmore Stone Circles in County Tyrone.

A local historian explains how the mysterious stone circles which date back to the Bronze Age were formed, before Barra spends the night star gazing at the new OM Observatory in Davagh Forest.

Travelling deeper into rural Tyrone, Barra and a local photographer visit an abandoned building near Plumbridge to uncover its secret past and in Castlederg a group of amateur film actors reminisce about the western movie during the 1970s.

In programme two, Barra braves the cold waters of the river Roe to try ice water therapy, a practice which helps calm the body and build resistance to everyday stresses in life.

On the river Finn, which marks the border between counties Tyrone and Donegal, Barra follows the journey of the salmon, who swim thousands of miles out into the Atlantic to feed, before returning to the river and watches the amazing spectacle of them leaping over the high rocks at Cloghan Leap.

This episode concludes with Barra meeting some Strabane residents who were forced to flee their homes when the River Mourne burst its banks in 1987 and the local heroes who helped rescue them.

Continuing on to Lough Foyle - the final meeting point of the rivers which form the Foyle network -Barra has a sailing lesson where the challenging conditions are much more than forecasted.

In Derry city, James and Connor reveal their unique method for brewing stout using Lough Foyle flat oysters and Barra finishes his voyage searching for sharks on Lough Foyle. Will it all be plain sailing or is there something lurking beneath the waters?