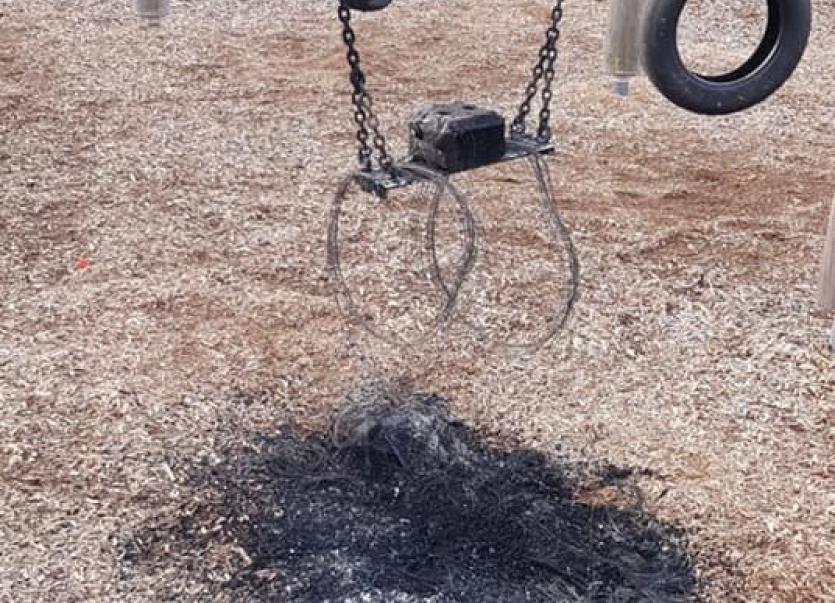 A Derry councillor has asked people to show more respect to children's play parks in the city.

Sinn Fein councillor Sandra Duffy was speaking after the latest vandalism attack on a local park.

Overnight, someone set fire to one of the tyre swings at Ballyarnett County Park.

The park has been targeted by vandals on a number of previous occasions.

Cllr Duffy said she was 'really annoyed' to see the destruction at the park.

"This is a beautiful modern park used by local families, especially popular now with us being in lockdown...and to see this level of wanton destruction just makes you angry, there is no need!

"I have reported it to council now to have it fixed, but people need to have respect for the facilities that we have, this week I had to report fly tipping and general rubbish around the park."