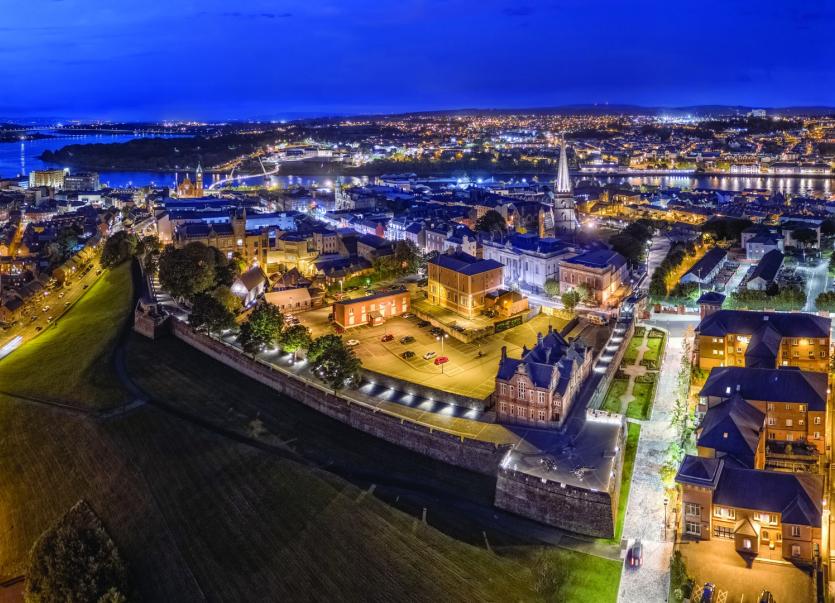 A 'Walled City Experience' is one of the new projects to be funded by the City Deal.

Today saw a major step forward in plans for a £250m investment in the Derry City and Strabane District Council area.

The City Deal proposal involves huge amounts of money being pumped into a wide range of local projects, including major expansion of the Magee campus and the transformation of Derry's riverfront area.

The City Deal has been described as the largest ever government investment in the local area.

All the agencies involved held a virtual meeting this morning to sign a Heads of Terms Agreement.

Such an agreement is seen as a commitment from all those involved to take the proposal forward.

While the signing of the Heads of Terms Agreement is being described as a major milestone in the City Deal initiative, the proposed projects are still subject to the expenditure approval process.

The proposed investment of £250m will be made up of £105m each from the British government and the Northern Ireland Executive.

The remaining £40m will be provided by Derry City and Strabane District Council, Ulster University, North West Regional College, the Western Trust and the C-TRIC initiative which is based at Altnagelvin Hospital.

In relation to the planned projects, £45m has been earmarked for the development of Derry's riverfront area from Queen's Quay to the Guildhall.

A further £20m would be spent on the creation of a 'Walled City Experience' to boost Derry's tourism industry.

An estimated £45m of the City Deal money is planned to be spent on creating a 'healthcare quarter' at Strand Road in partnership with Ulster University.

This could see the university take over the current headquarters of the local council, with the council offices being relocated into the city centre.

A total of £50m of the money has been earmarked for the regeneration of Strabane town centre.

Stormont Finance Minister Conor Murphy, who signed the Heads of Terms today on behalf of the Executive, said it was a 'key milestone' and a 'very timely' boost for the people of the North West in what has been an extremely tough year.

“This investment will play a key role as we begin to emerge from the pandemic and our focus turns to rebuilding and restoring our economy,” said Mr Murphy.

“It will bring greater prosperity and social benefits to the whole community, addressing regional imbalance and delivering much needed jobs across the North.”

“The City Deal projects have the potential to really change the future of this city and region, to bring life and people back into our city and town centres, attract additional investment that can bring life, culture and opportunity to people’s doorsteps.

“The signing of the Heads of Terms today sets in motion the work that needs to be done to maximise the opportunities that City Deal can bring in terms of employment opportunities, output growth and a boost in population, the local economy and society.

"City Deal allows us to enhance our business offer in growth sectors such as health and life sciences, digital industries and SMART technology and support our digital capabilities to support economic investment and regeneration as well as boost tourism and culture.

“Key to this will be ensuring that these are underpinned by infrastructural developments and investment in skills to connect people with jobs and to services."

“We are hugely excited at today’s milestone to move to the next stage towards the delivery of an aspiring, creative and forward thinking suite of long-term sustainable projects.”