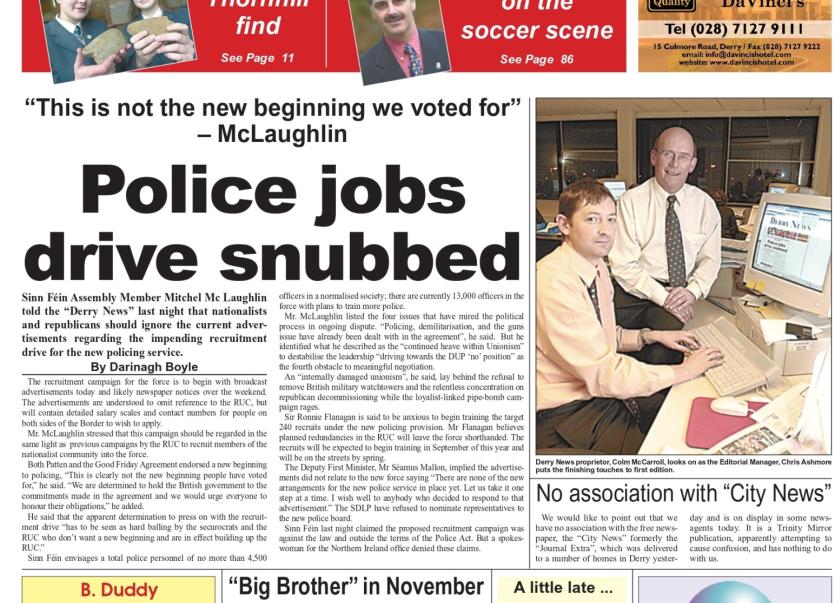 The front page of the first edition of the Derry News.

The first edition of the paper was published on February 22, 2001.

Since then, the award-winning paper has become a key component of the local media landscape.

However, things certainly did not go to plan with its first edition (below). 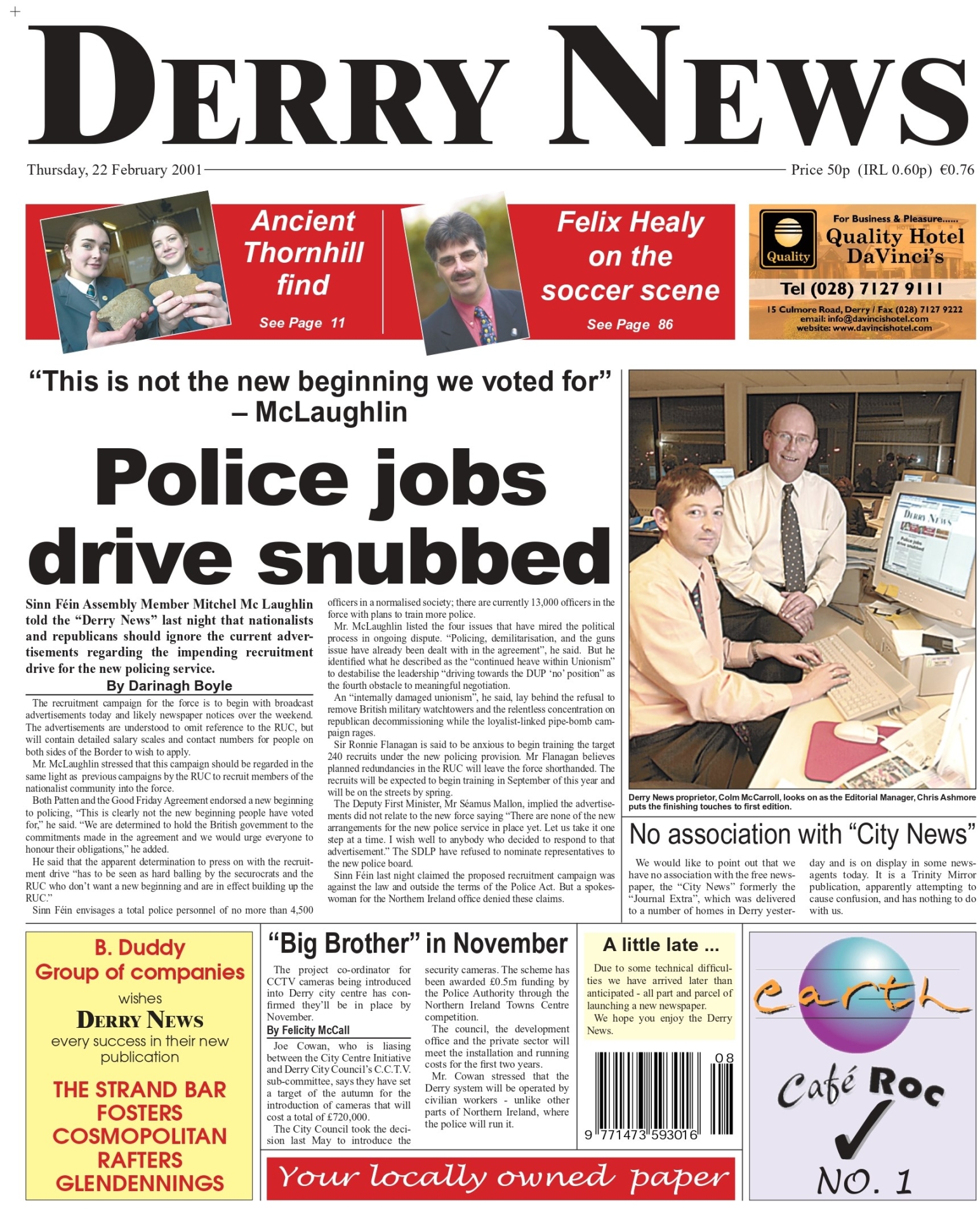 Due to the pressures of getting the paper finished, the Derry News was printed late and did not make it into local shops until the afternoon.

Despite this, the paper - the first newspaper to be launched in Derry for many years - made a big impact.

The Derry News was established by members of the McCarroll family who had previously owned the Derry Journal.

The Derry News was initially only published on Thursdays but a Monday edition was later introduced.

The McCarroll family owned the Derry News until 2006 when the paper was sold to the River Media group which owned a large number of newspapers throughout Ireland.

River Media owned the local paper until 2019 when it was bought by Iconic Newspapers. 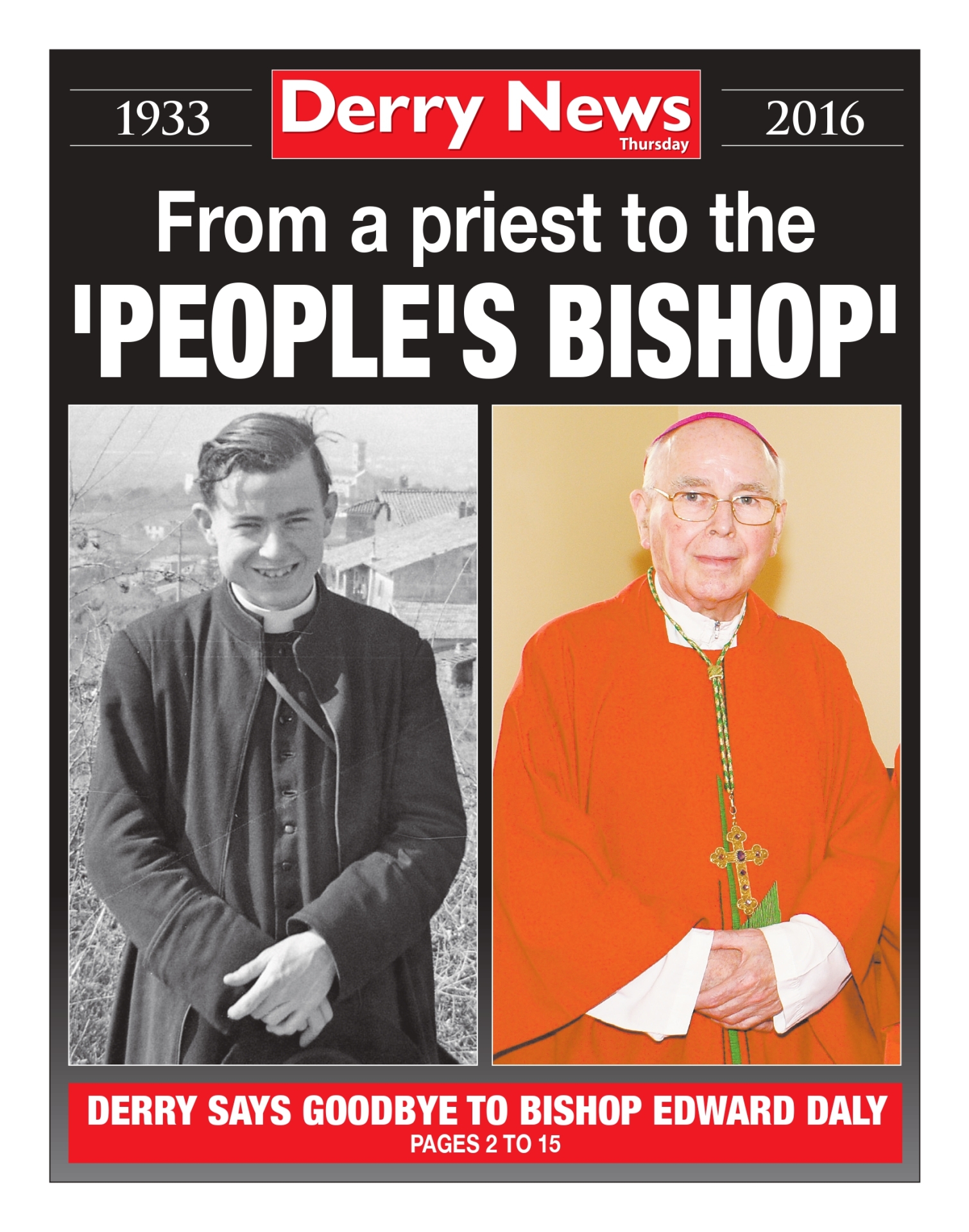 Iconic also own some of the most prominent local newspapers in Ireland, including the Limerick Leader, Kilkenny People and the Donegal Democrat.

Over the last two decades, the Derry News has received a number of major awards.

In 2011, the paper was named the best local newspaper in the UK in the Regional Press Awards which is run annually by the Society of Editors.

The Derry News was also named the Local Newspaper of the Year at the 2010 Northern Ireland Media Awards.

The paper has also won several other awards for its coverage.

As well as the newspaper, staff at the Derry News also produce content for the Derry Now website which is now the most popular online news and sport source in the local area.

In today's paper there is a look back at some of the Derry News front pages over the last 20 years.