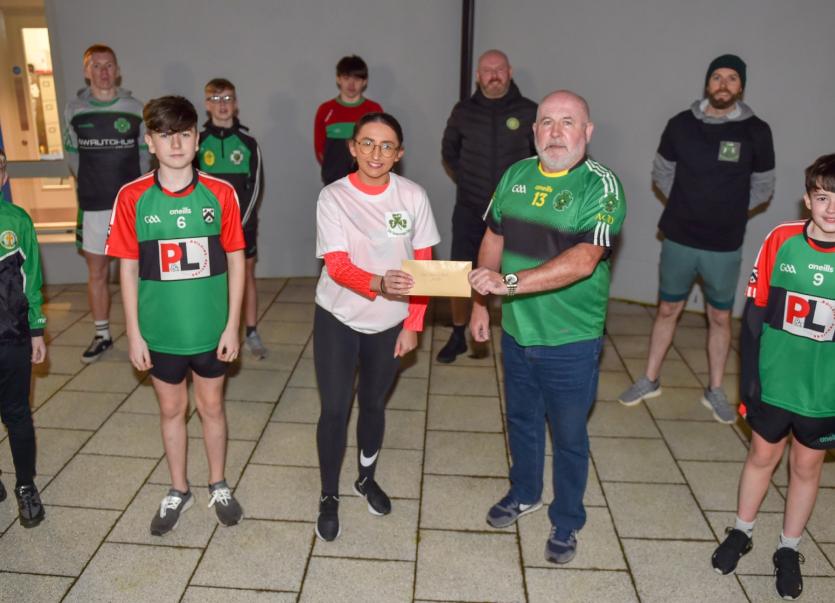 Members of The Young Shamrocks hand over the money raised to Gerry O'Donnell, Aodhan's father. Photo by Peter McKane.

The group is made up of parents and youth members of Doire Trasna GAC, Na Magha GAC and Top of the Hill Celtic FC - clubs from the Waterside area of the city.

The group raised £500 for Foyle Search and Rescue in memory of Aodhan O'Donnell.

The money was raised by a sponsored ‘Marathon in Two Weeks’ run by coaches of the group.

The Shamrocks also raised £700 for Hillcrest House to aid the local community during the Christmas period.