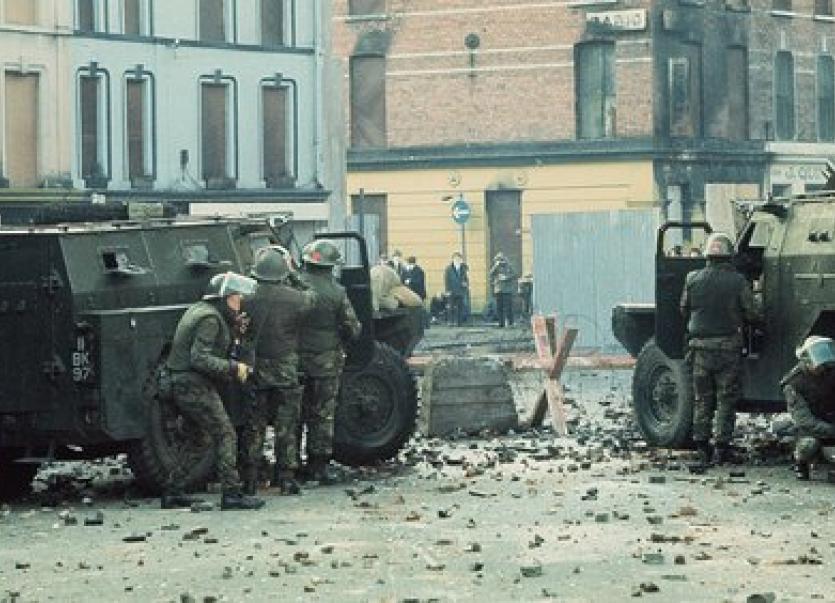 The family of the last person to be shot dead on Bloody Sunday has issued judicial review proceedings in respect of the current decision by the Public Prosecution Service (PPS) not to charge a former British paratrooper with his murder.

Barney McGuigan, 41, a factory worker and father of six, from Iniscarn Crescent in Creggan, was going to the aid of another victim, Patrick Doherty, with his hands in the air and signalling with a white handkerchief when he was killed by a bullet that struck the back of his head.

He died where he fell near the corner of the flats between Rossville Street and Joseph Place. He was the oldest person to be killed on the day.

To date, only one former paratrooper has been charged with the murder of any of the 14 shot dead.

He faces a seventh supporting charge of the attempted murder of a person or persons unknown on the day.

He has yet to appear in court.

In a statement issued through their solicitor, the McGuigan family said the judicial review proceedings were in respect of the decision by the PPS not to charge 'Soldier F' with the murder of their father.

The statement said: “This comes about after an exhaustive process between our solicitor and the PPS over the last two years, culminating in the PPS confirming on the 22nd January this year that the Undertakings provided by the Attorney General to the Saville Inquiry that evidence to that Inquiry cannot be used in criminal proceedings does not apply to the oral testimony of F given to the Widgery Tribunal in 1972.

“The PPS now advise our solicitor that ‘It is not contended by PPS that the express terms of these undertakings apply to the oral evidence given by Soldier F to the Widgery Tribunal.’

“While we welcome that formal confirmation at last, the PPS still contend, in effect, that 'F' was acting ‘under orders’ to give evidence at Widgery.

“As far as we are concerned, the evidential test is more than met in respect of the murder of our father in such callous well - known circumstances, witnessed by many to include other soldiers.

“The prosecution of 'F' for such a heinous crime is clearly in the public interest.

“As a family we should not be forced to compel the PPS to do the right thing. 'F' can rely upon the protections afforded to him in our criminal justice system via the trial process like any other defendant.

“Let him, through the Ministry of Defence, do that, and let the legal processes that we as a family have adhered to proceed without any further delay,” the statement ended.