Judge said message could 'be seen as a political statement' 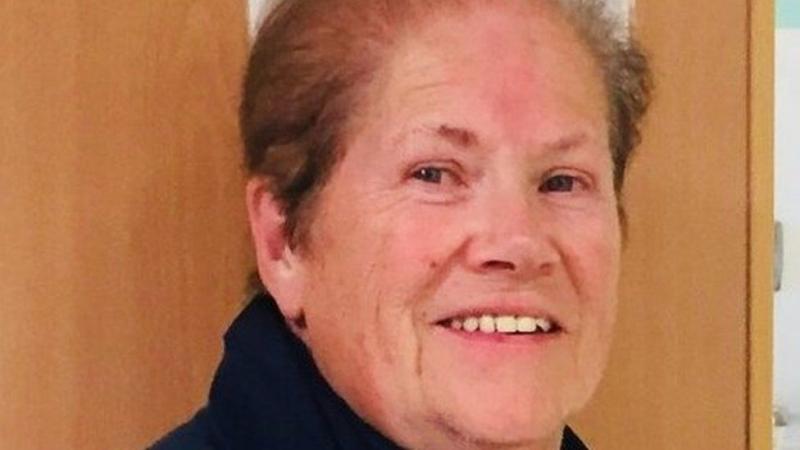 Foyle MP Colum Eastwood is supporting a family in England who want to have an Irish language message placed on a loved one's headstone.

Margaret Keane died in 2018 and is buried in grounds owned by St Giles' Church, Exhall, near Coventry.

Her family wanted her headstone inscription to read: "In ár gcroíthe go deo" ("In our hearts forever").

But a judge said untranslated, this may 'be seen as a political statement'.

"Given the passions and feelings connected with the use of Irish Gaelic, there is a sad risk that the phrase would be regarded as some form of slogan or that its inclusion without translation would, of itself, be seen as a political statement," said Judge Stephen Eyre, QC, chancellor of the Diocese of Coventry.

He authorised a memorial which included a translation of the phrase in English.

Mrs Keane's family say they are devastated by the decision.

Mrs Keane and her husband Bernie, who survives her, were both born in the Republic of Ireland but made their lives in the United Kingdom.

Mr Eastwood is among those backing the family's campaign to have the Irish message placed on Mrs Keane's headstone.

“The fact that the reason behind the disallowing of the message solely in Irish was that it ‘could be seen as a political statement’ is disappointing,” he said.

“I have no doubt that it has disheartened many Irish people in Britain who cherish their native language. The Irish language is not a political statement.

“The Irish language is inclusive and has been used by the Irish diaspora in Britain for hundreds of years to promote the richness of Irish culture and promote solidarity between Irish emigrants.

“The recent decisions taken by those in positions of authority have let down the wishes of Margaret’s family.

“In my opinion, the decision given to disallow the phrase solely in Irish was the incorrect decision, and it has caused hurt to Margaret’s family and to the broader Irish in Britain community, who have contributed to much to society through sport, music and literature.

“I would ask that those in the Church of England’s ecclesiastical appeals court make the right decision at the end of the month to allow Margaret’s headstone to have the message in Irish without the need for a translation into English.“