The number of positive cases has fallen again by almost a third.

County Derry's Covid rate per 100,000 of population has now fallen into double figures, the latest Department of Health data has shown.

The rate is currently sitting at 78.1 after the number of positive cases fell by 27.9%, with the rates for all but three of the county's postal areas in double figures. 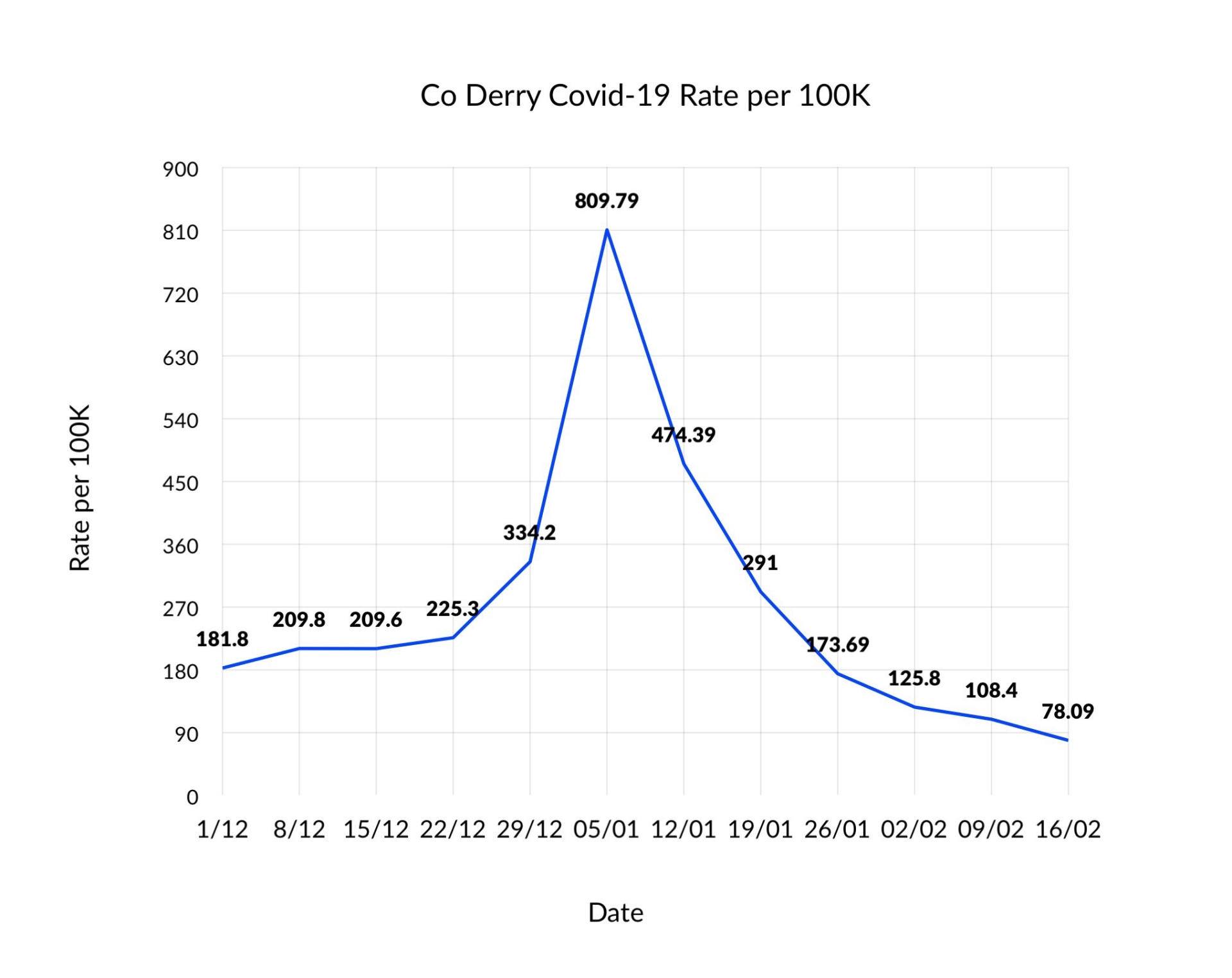 The overall rate of positivity is now 5.6%, the lowest figure since postal data was first published, while Magherafelt (BT45) remains the only area still in double figures for positive case percentage. 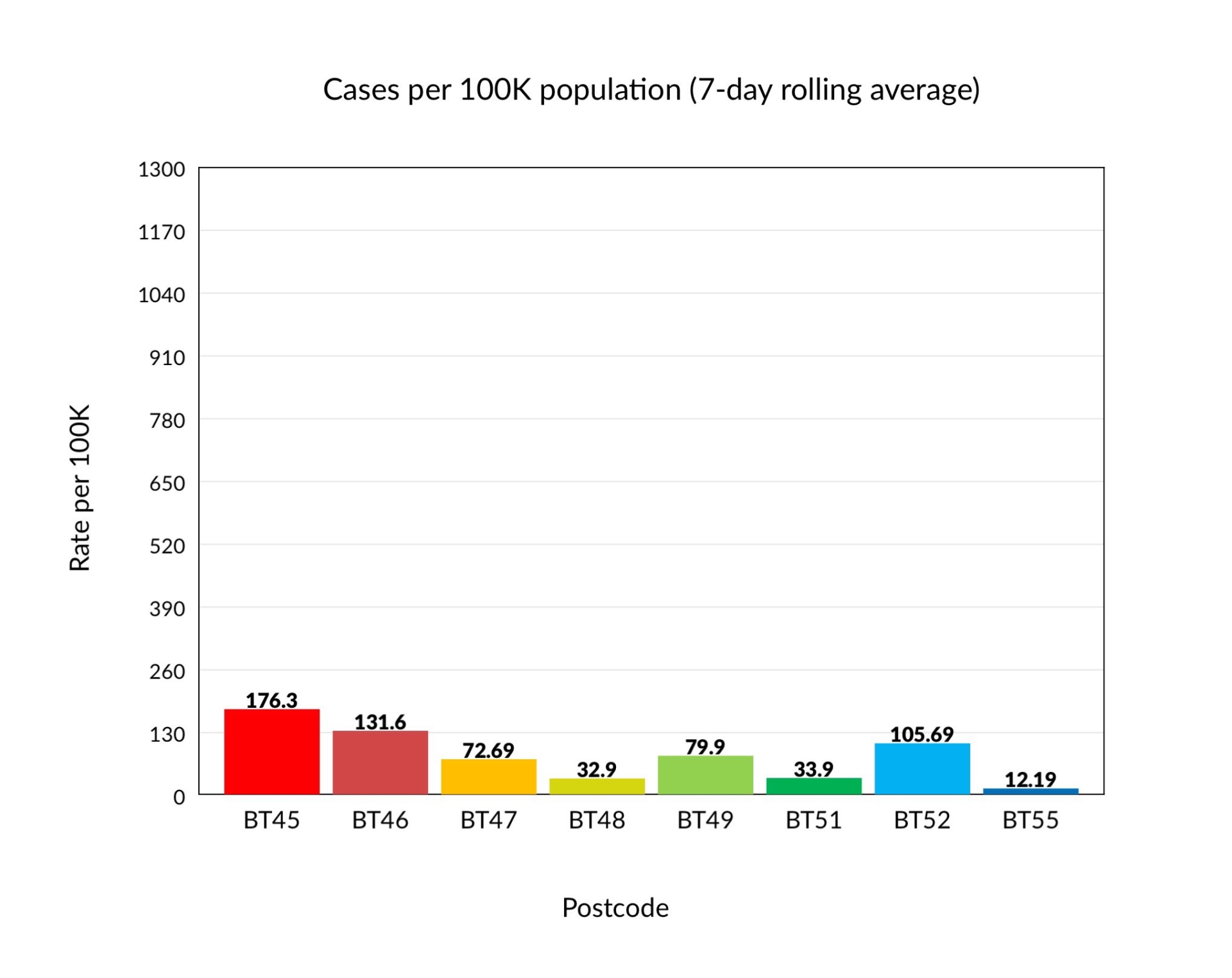 Since the zenith of January 5, cases in County Derry have fallen by almost a third each week, with an effective 90.3% overall drop since the 2009 cases recorded that week.

There were 14 Covid-related deaths across Derry's three council areas over the last seven days, two more than the previous week's figure.

Half of the deaths occurred in the Mid Ulster area, with five people dying in Causeway Coast and Glens and a further two in Derry City and Strabane.

477 patients are receiving treatment in hospital for the virus, with 134 across the Northern and Western Trusts. 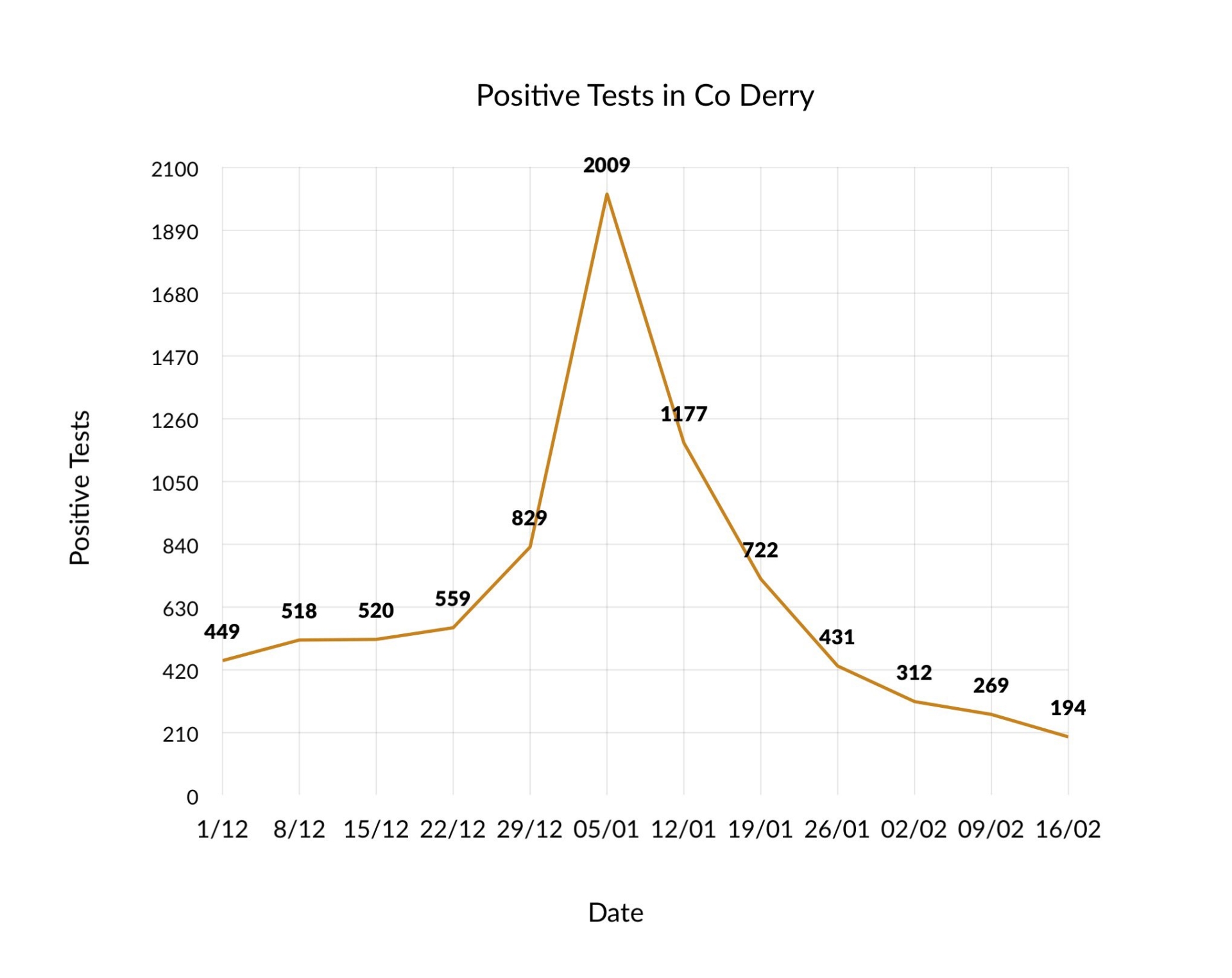 The total number of Covid vaccinations in Northern Ireland has now reached 426,248, with 397,243 first doses and 29,005 second doses administered. The figure represents 22.5% of the population.

The NI Executive are due to meet on Thursday to review the current timeline of restrictions.