After Covid passes there will be the inevitable economic recovery.

Will it be a long slow recovery or a rapid bounce back to the economy we had in February 2020?

I believe there will be a rapid recovery, mainly due to the fact that we've sunk to such a low base.

A decline like the Covid dip hasn't been seen since World War Two.

The good news, however, is the pace of recovery and most economists predict it will be rapid.

It's with this rapid recovery in mind that I'm focused on how Derry can benefit.

It's fair to say people in Derry are fed up with the constant battle to take Derry to the next level.

We look enviously at cities like Galway, Limerick, Cork and Belfast and ask why are they doing so well?

Galway, which is half the size of Derry, has 18,000 students at the National University of Ireland Galway compared with 5,000 at Magee College (UU) Derry.

In 2017, Galway attracted the second highest number of overseas visitors to Ireland, beating the much larger cities of Cork and Limerick. They even beat the world famous Kerry.

Galway (below) attracted 1.673m tourists who spent €589bn in the county or city. 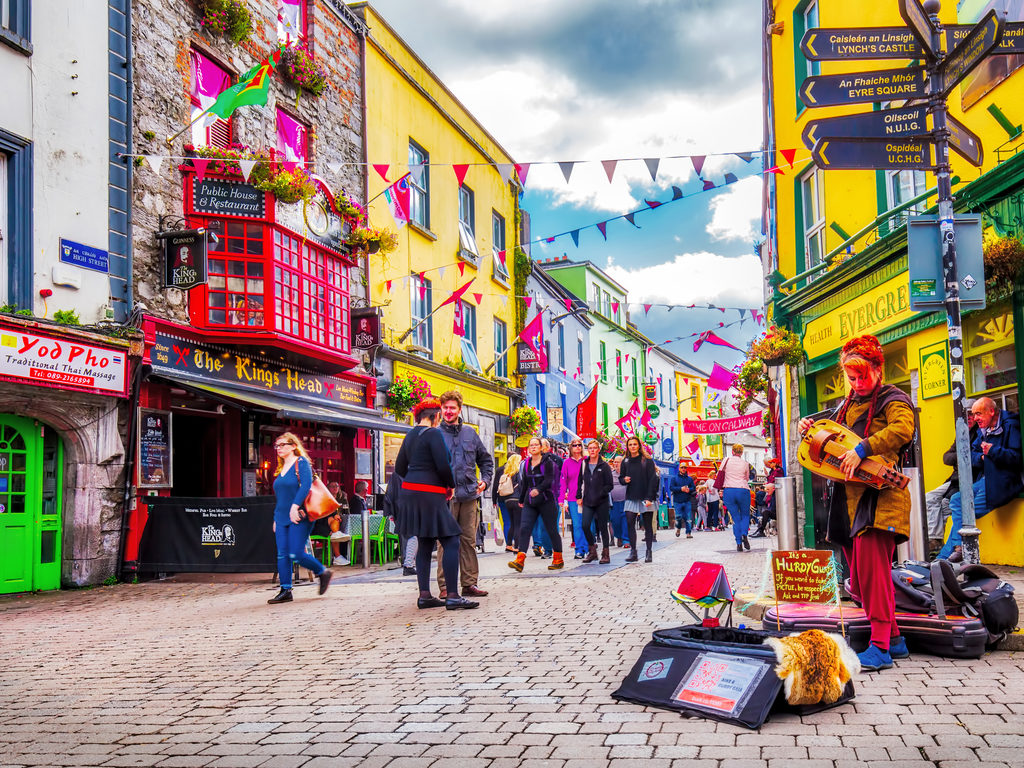 These figures were presented to the Derry City & Strabane District Council by Visit Derry on September 2019.

They also were keen to add that by 2025 they expected income from tourism to reach £100m.

It made a great headline but when you actually let it sink in and compare it to Galway, it's pathetic.

Even forgetting the fact that the Galway figure is two years older, we basically generate less than 10% of what Galway generates in tourism revenue.

If Derry was part of the Republic of Ireland, we would be around 16th in the Failte Ireland published list, comparing with the likes of Louth and Cavan.

Remember folks we are the fifth biggest city in Ireland and the only Walled City on the island. We shouldn't be languishing in 16th place.

I compare ONLY these two statistics to highlight the complete inequality that exists.

If Derry had 18,000 students for example and you agree with the research done by Experian who in 2014, which indicated that a student spend is over £11,000 a year (would be higher now of course) then that immediately adds £143m spend into the local economy.

This drives jobs and prosperity.

If we attracted 50% of the tourists Galway gets, we would pull in approximately £250m, compared to the £50m.

These two wins for Derry would transform Derry and put £300-400m more into the local economy annually.

I haven't even considered the Foreign Direct Investment numbers or infrastructure support Galway gets because I wanted to demonstrate just how investment in further education (FE) and tourism could transform Derry.

So how do we solve this problem?

The first thing we need to do is get to the heart of Government in NI and convince them there is a complete regional imbalance.

We need them to admit there is actually institutionalised bias towards many places in NI including Derry.

This won't be easy but the recent narrative on "balancing up" does offer some hope.

There also seems a drive within the New Decade New Approach to do things differently and perhaps we could see more of our money being spent to correct 100 years of economic imbalance.

It is a lot to ask for but at least the language is changing.

The other thing we need to do is articulate our case better.

Often what is dismissed as "Derry crying" is in actual fact public representatives trying to do the job they were elected to do.

Clearly a lot of positive things are happening in the city.

The A6 road in well on track and we also got a new Transport Hub in the Waterside.

Ebrington is flying with the potential for thousands of new jobs onsite, however all of this barely scratches the surface of the huge problems Derry has.

I want my public representatives to fight for Derry and challenge when we don't get our fair share.

I want them to not only compare how we get short changed but also to put clear coated proposals forward for how we redress the imbalance.

It's only by putting forward new ideas and plans that we will break the cycle.

A recently launched document given to me by Martina Anderson MLA really caught my eye.

Titled "Tackling Regional Inequality", it goes to the heart of the problem.

Not only does it summarise the huge levels of inequality that exist in Derry but it also offers some very workable solutions.

I believe current policies are not working for Derry so we have to challenge the normal way of doing this and change it up. This document does this in a few key areas.

A few of the key actions that I particularly liked were:

1. Transforming Invest NI:
The document argues that Invest NI needs mandated to channel support away from Belfast and more to areas where it is required. This is in line with the Executive's commitment to Tackling Regional Inequalities. It's a brave move but the right move. It also wants a transformation of the roles and functions of Invest NI.

2. Establishment of a Job Steering Unit in Councils:
Councils should definitely work more on this area. I believe they should be definitely tallying the numbers of new jobs being created in their region and where it is falling short taking the appropriate action. I also agree they should have more of a role in FDI message and targeting.

3. Supporting the North West as an Economic Region:
I agree fully with this. Derry/Donegal is a much easier sell for FDI. It's crazy that businesses in each side of the border have different levels of support. We need to work together and grow together. The Irish Government should be a willing partner.

4. Department of Communities and Economy should establish an employability programme for long term unemployed (modelled on the Community Works Programme).This worked well before and should be rolled out again. People are our greatest asset and getting people into meaningful employment should be everyone's goal.

5 Directing Employment through Public Sector Interventions:
I am a huge fan of this initiative. The NI Executive spends £3bn a year and capturing a fraction of this for the Social Economy sector is not only good business but improves community cohesion.

Putting social clauses into Public Sector contracts and ensuring that winning tenders must demonstrate a positive social value impact is a fantastic idea.

Covid has seen communities pull together.

Quite often contracts are awarded solely on price with no acknowledgement given to the social capital a company expends.

In a post-Covid world, we need to support organisations who deliver quality services at a competitive price but also who provide huge amounts of social impact.

The document is fresh and rather than bash government it offers a way forward with many innovative ideas. The "Buy Social" element is already being implemented so let's watch this space and hopefully it will create more local jobs and community cohesion.

In closing, tackling regional inequality is perhaps the biggest thing we can do to reposition Derry as a thriving well connected University City attracting loads of FDI.

Galway should be our benchmark in a lot of the areas where we are failing and we shouldn't be afraid to set the bar higher.

We have a fantastic product and the problem is we have been starved of the resources we need to make the change happen.

With the Executive clearly stating that tackling regional inequality is now a key policy change we need to increase our challenge function tenfold.

The ‘Tackling Regional Inequalities’ document is a really good document with many simple ways of doing this. I suggest you read it and support many of the aims.

I hope it's the first of many published by local political parties or stakeholders offering ways forward for Derry.