The vast majority of respondents said they access political information on a daily basis. 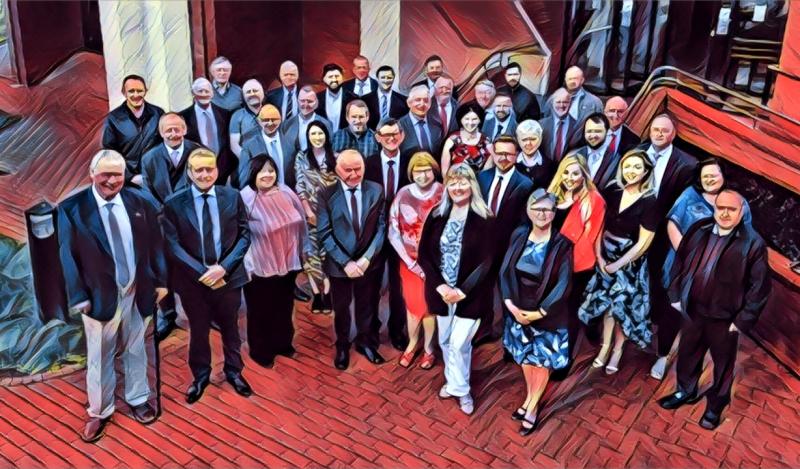 A recent survey carried out by the County Derry Post has revealed a high level of political engagement in the county.

A further 17.6% of respondents said they accessed political content a few times a week, while just 4.9% said they never access it.

However, despite the high levels of interest in local politics, 34.3% of those surveyed said they would never contact local representatives about an issue or problem they are facing.

52.9% did indicate they would contact a local representative at least once throughout the course of the year.

When asked about confidence in their elected representatives, the general trend was the more local the politics, the greater the confidence.

47.1% of respondents either agreed or strongly agreed their local councillors took their issues seriously, while 41.2% indicated a similar response when thinking of their MLAs.

51% of respondents agreed or strongly agreed local councillors work hard for their areas, with the figure dropping to 45.1% for MLAs. 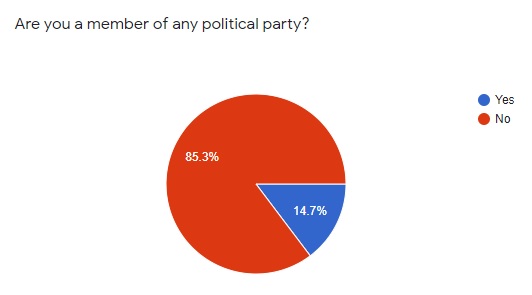 Just 16.6% of those surveyed agreed or strongly agreed local MPs work hard for their areas, with 41.2% strongly disagreeing with the statement.

When asked if they saw their local politicians as role models for the community, the majority of respondents disagreed.

49% disagreed or strongly disagreed local councillors were role models, while the figure for MLAs was 46.1%.

Almost three quarters (72.5%) of respondents disagreed or strongly disagreed that their local MPs were role models.

When it was necessary to seek help, however, our respondents indicated they knew where to look.

67.6% of those surveyed agreed or strongly agreed that they knew which politicians they could go to if they needed help with an issue. 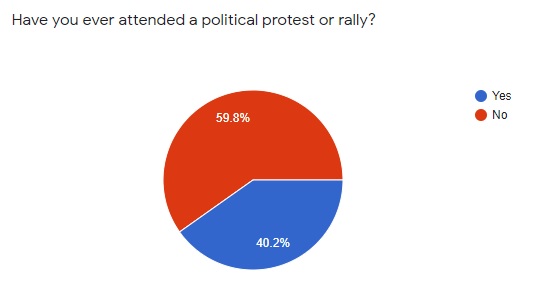 The majority of those surveyed (85.3%) were not members of a political party, but 40.2% of respondents said they had attended a political protest or rally.

Causeway Coast and Glens was the most politically active of the local government districts, with 20.6% of its respondents party members and 32.1% having attended a protest or rally.

Asked to comment on issues in local politics they felt were important, a number of respondents expressed concern with sectarianism in the decision making process.

“Our MP is non-existent, our council is out of touch, but those voting against some things do not rely on votes in thar area. An undercurrent of bigotry exists in decision making.”

“We need less green/ orange politics and need to start seeing what we have in common. In NI these differences are minimal when it comes down to the important issues,” added another.

One respondent simply said it was time to 'end the sectarian diatribes'.

Another person surveyed felt the boundaries of the local councils needed looked at again.

“Limavady should be part of Derry & Strabane Council as it is with health. Coleraine ignores us once they have our vote,” they said.

Another respondent criticised local politicians for a perceived lack of ambition.

“I feel local reps are usually very responsive to very local need and cases,” they said.

“I do however think there at times is a lack of vision and too much of the "there are far bigger issues" type of response to positive ideas.

“A poverty of ambitions only creates greater issues down the line. I think Derry needs to be far more proactive to issues that will arise rather than just reactive to the problems we already face.”

Councillor Kathleen McGurk told the County Derry Post the proximity of councillors to their areas could be behind the greater indications of confidence.

“A lot of people know their local councillors personally, or know of them. A lot of the issues we get sent our way are things that impact people's day-to-day lives,” she said.

“If you broke it down to how close your MP lives to you, those that live closer to their MP would probably have a lot of trust in them, whereas those that maybe live at the other end of the constituency might not know them from Adam.”