The rate per 100,000 of population is at its lowest since postal area figures began to be recorded.

Covid rates in County Derry have fallen sharply for the third week in a row, with the data now showing the lowest number of cases since postcode data was first recorded in late October.

A further 27.6% reduction in the number of positive cases of the virus recorded in the last seven days has contributed to a rate per 100,000 of population across the county that now stands at 125.8.

The county's figure is once again below Northern Ireland's overall figure of 194.8, while the positive case rate of 7.6% for the last week is also a new low. 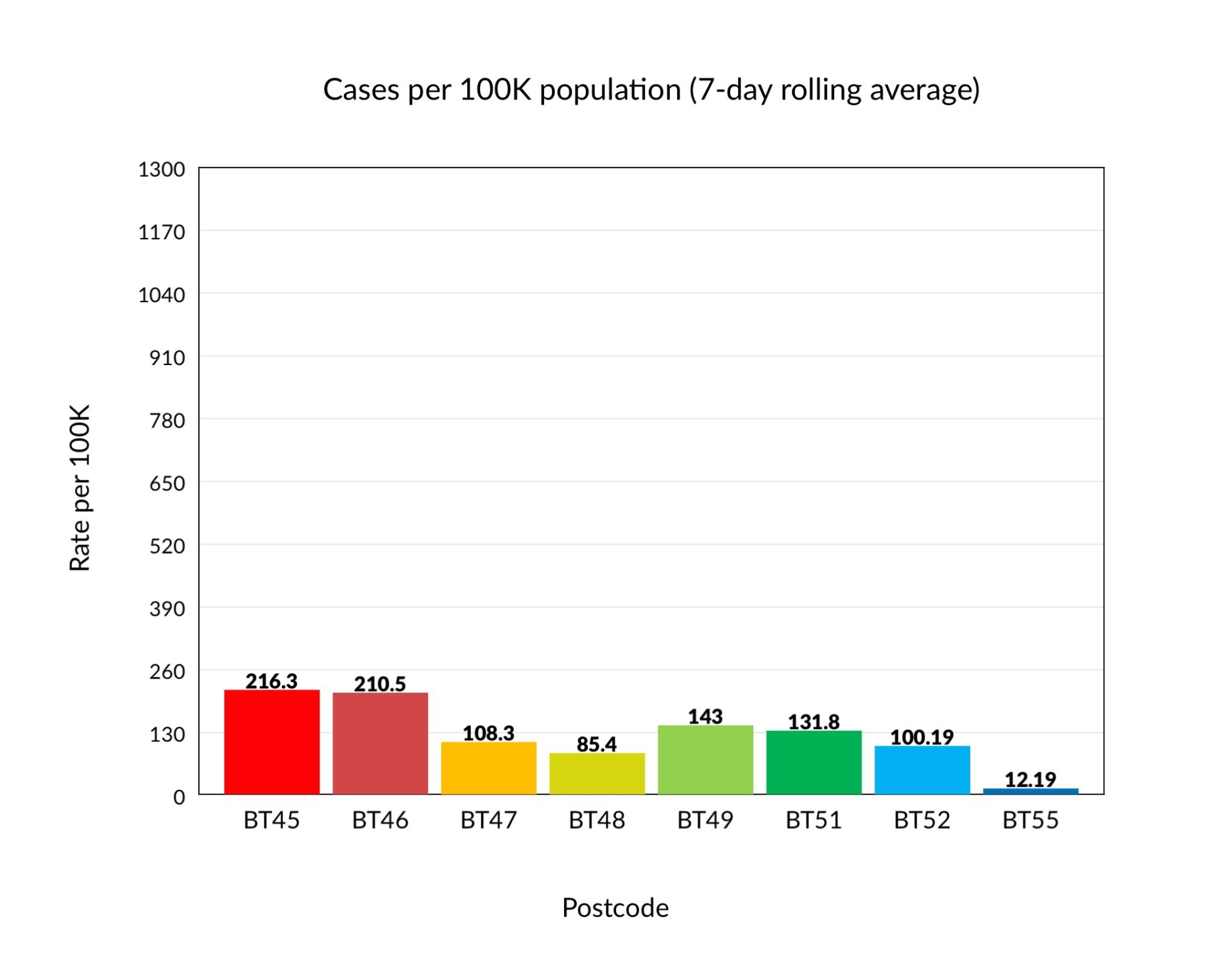 Magherafelt (BT45) and Maghera (BT46) continue to hold the county's highest rates per 100,000 people, with 216.3 and 210.5 respectively, as the Mid Ulster local government area retains the second highest rate in Northern Ireland.

Just one case was recorded in Portstewart's BT55 postal area in the last seven days, leaving it with a rate per 100,000 people of just 12.2, while Derry city is next lowest at 85.4.

Portstewart's low figures resulted in a 75% decrease in cases being recorded, but the largest decrease outside of that came in BT47, which experienced a 42.2% drop in cases. 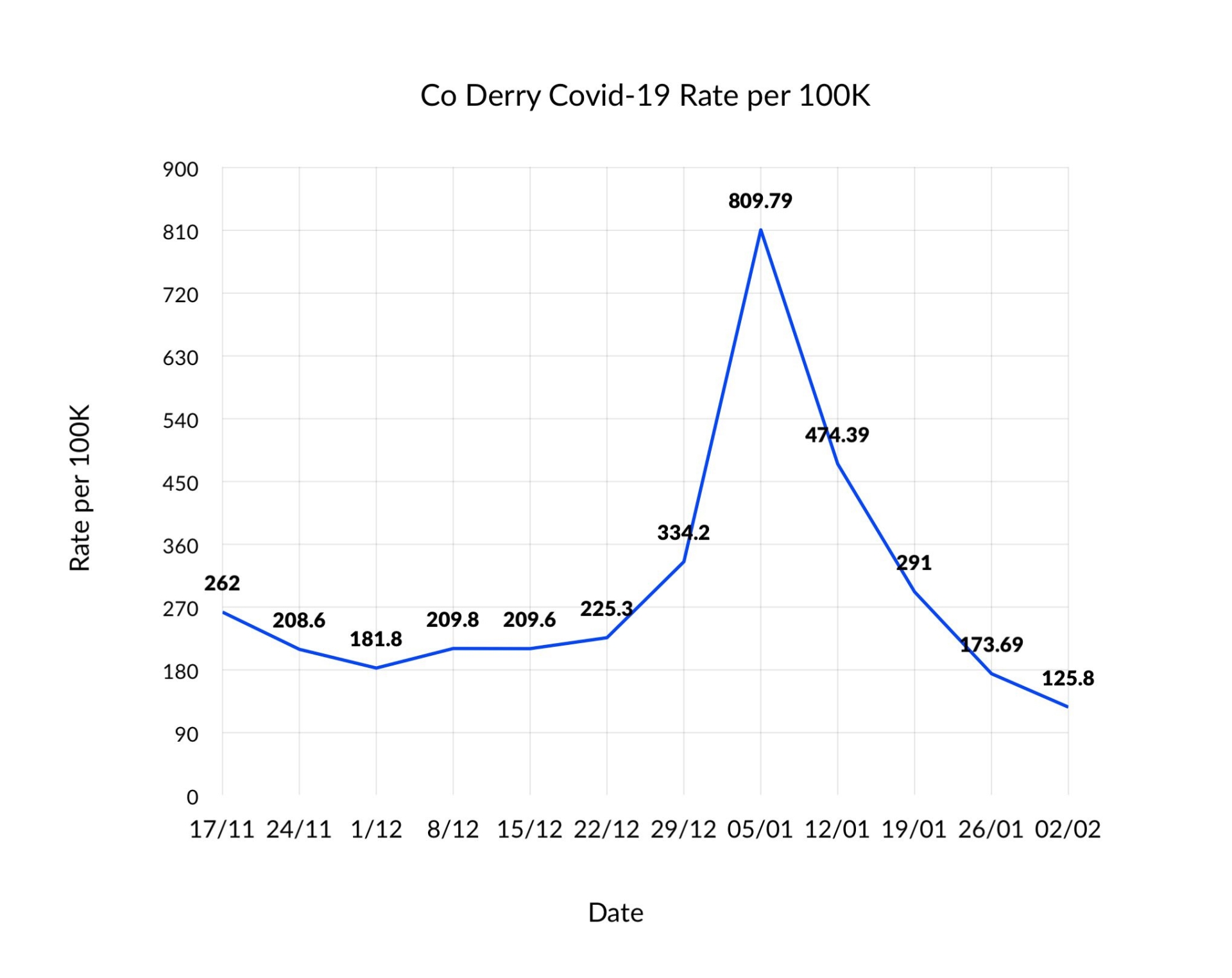 Only one postal area, BT51 (Garvagh), recorded an increase in cases over the last seven days, with the figure rising by 22.9%, representing 30 new cases in the area.

There were 25 Covid-related deaths in the county's three local government districts over the last week, with 17 coming in Mid Ulster.

The figure makes up 21% of the total deaths in Northern Ireland over the same period.

Elsewhere, three deaths were recorded in Causeway Coast and Glens, while a further five people died in the Derry and Strabane area.

Meanwhile, the latest vaccine figures for Northern Ireland show 221,809 people have received the first dose, with a further 24,612 having had their second dose. 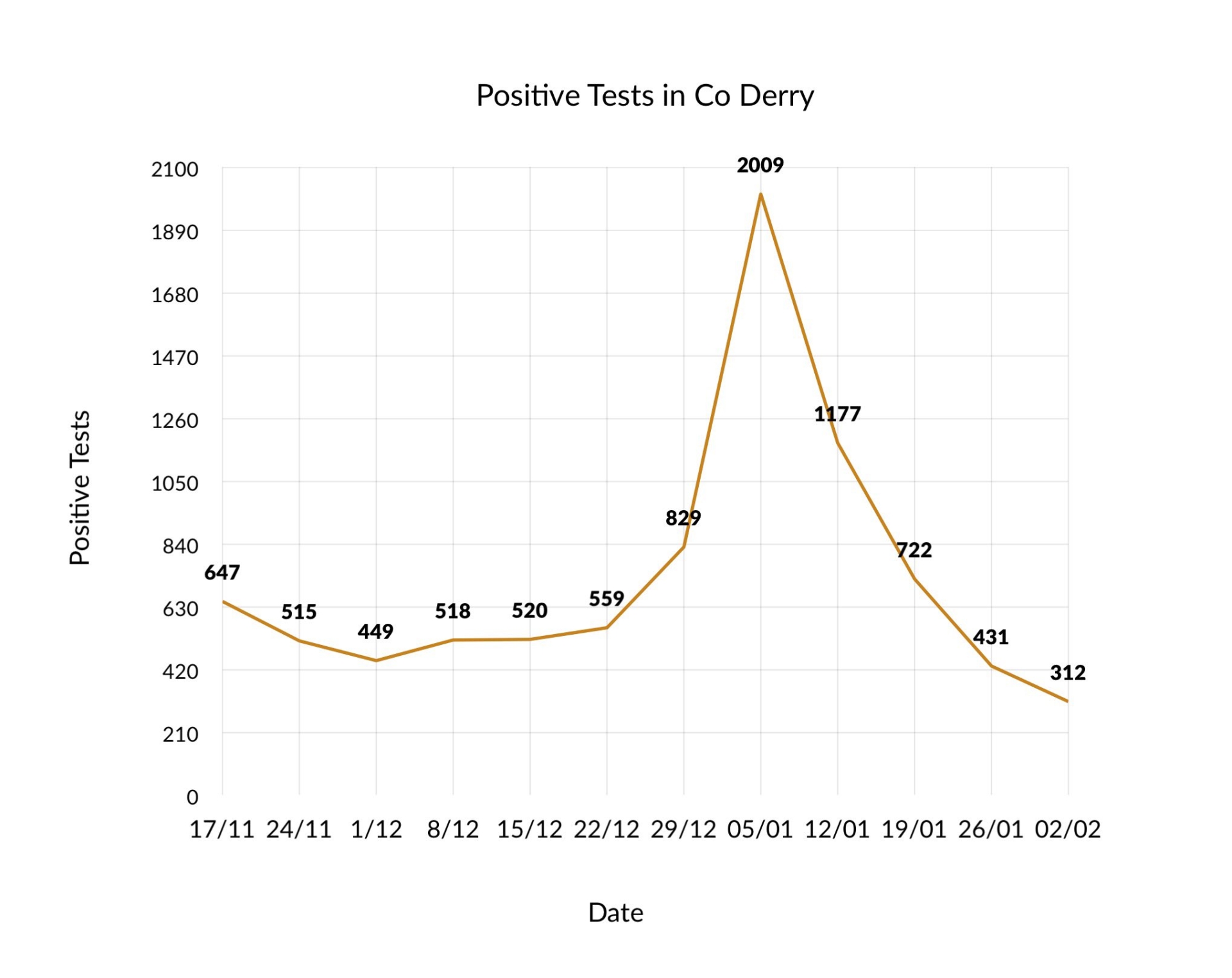 The data means 13% of the population have now received at least the first dose of the Covid-19 vaccination.

Health Minister Robin Swann said he is 'encouraged' by the progress.

“I want to thank everyone working on the vaccination programme right across Northern Ireland,” he said.

“This is a massive logistical exercise and I am very encouraged by the strong start we have made.

“It should be remembered that the first Covid-19 vaccine approval was only announced last month, with the second approval coming some four weeks later.

“We have made great strides forward since then.

“There will inevitably be frustrations along the way. We will get to everyone - we are getting to thousands more each day.”