The incident occurred on Saturday night. 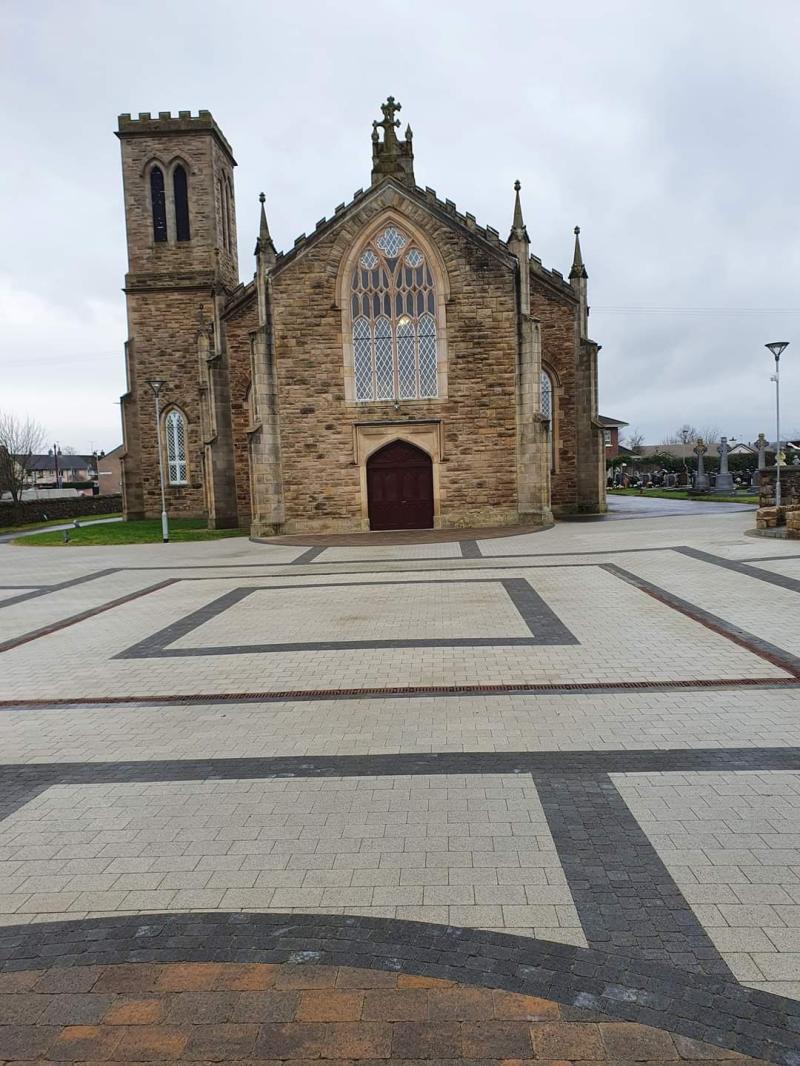 Police investigating a hate crime at a County Derry church have released a description of a man suspected to be connected to the attack.

Sectarian slogans and initials of loyalist paramilitary groups were daubed on the walls and door of St Mary's Church, Limavady on Saturday evening.

A police spokesperson said: "Investigations have revealed that a single male was involved.

"He is described as being over 6’ tall, slim build, possibly wearing a three quarter length coat, tracksuit bottoms and trainers.

"This male was possibly wearing a woollen hat. The incident occurred at approximately 1030pm on Saturday 30th January 2021.

"It is likely the male had white paint on his hands, clothing or footwear. The male could have entered and exited from either Roemill Road or Irish Green Street.

"If you have any information about this disgraceful attack please contact 101 quoting reference number 476 31/01/21."