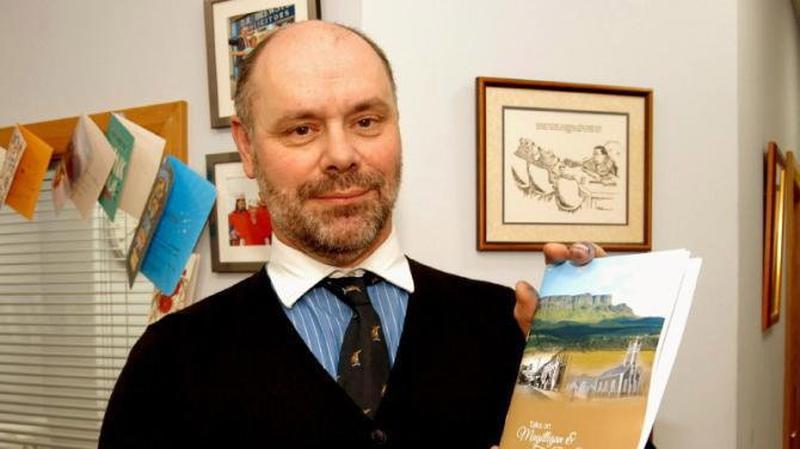 Tributes have been paid as a Limavady solicitor and local historian who died suddenly last week was laid to rest.

David Brewster was well-known in his home town, where his legal business had been based for a number of years.

The 56-year-old was an active member of the Orange Order and a former member of the Ulster Unionist Party, resigning in protest at the Good Friday Agreement in 1998.

Mr Brewster was heavily involved in local history circles. He was a member of the Roe Valley Historical Society, a group initially formed by his father Harry.

He had recently been named on Causeway Coast and Glens Borough Council's historical panel that has been preparing to mark the centenary of Northern Ireland's creation.

Local historian Stephen McCracken, said he was a 'great source' of historical knowledge for the entire area.

“He had a large archive of material the family had gathered over the years. Often, he would share old photos of past ministers of Magilligan PCI to the Church Facebook page,” he said.

“He was always a key pillar of the church family and almost without fail he would be out at Church every Sunday that I can remember.

“For many years he was an elder of Magilligan PCI and one of the most respected men amongst the community.

“It is unfortunate that the current Covid-19 conditions led to a limitation of people who could attend his funeral.

“This certainly would have been one of the largest Magilligan would have seen in a long time. He has left a legacy behind which will be remembered for years to come.” 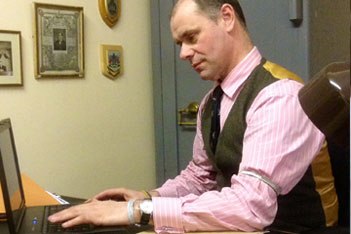 “David was a wonderful person with the best sense of humour. He had a knowledge of local history and British history that knew no bounds and his passion for both was clear,” he said.

“He was a man who had many aspects to him but above all he was someone who loved Limavady to its core. His presence will be sorely missed and I offer my sincere condolences to his family and friends.”

David was well-known in local sporting circles and was Vice-Chairman Limavady United FC. The club led the tributes to him after his death last week.

"Limavady United are deeply saddened to hear of the death of our former vice chairman and long time club supporter David Brewster," they said.

"Our thoughts go out to David’s friends and family at this sad time."

David was a regular contributor to the County Derry Post, with his reports from Limavady games.

"He was an important cog in the promotion of local sport," said Sports Editor Michael McMullan.

"His reports were both punctual and very detailed. My thoughts are with his family, friends and everyone in Limavady United." 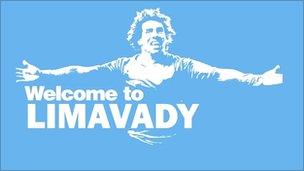 “When I was away working in London in the mid 2000s I picked up a copy of the Metro,. The once brilliant Manchester United player Carlos Tevez had moved across the divide to Manchester City and had become disillusioned.

“The Metro ran the headline that Limavady United had made a loan offer for him. Knowing he had been a keen Limavady United supporter and held office at the club, my first thought was of David Brewster.

“A brilliant marketing stunt which only he could have orchestrated.”