Tributes have been paid to a well-known Dungiven man 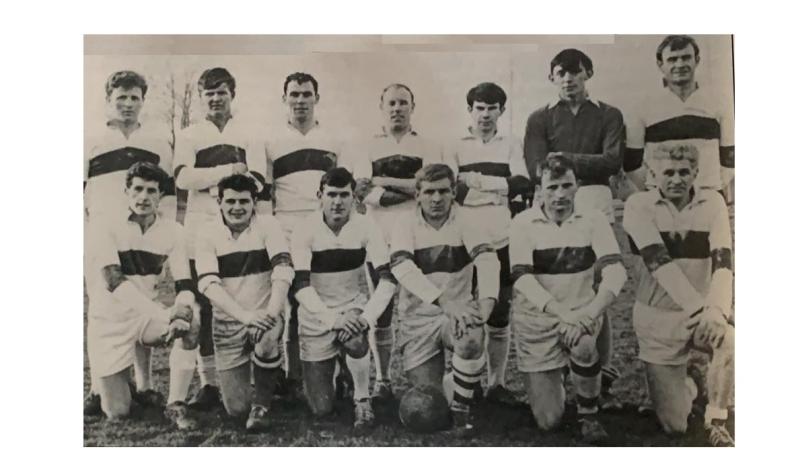 Tributes have been paid to a well-known Dungiven man who died last week.

St Canice's Dungiven led the tributes to their former player Bernard (Barney) McNicholl who passed away last Monday, January 11, at the age of 79.

Barney was an accomplished sportsman, having also played for Derry at minor and senior level.

On the soccer field, he played for Straidarran, a team based between Claudy and Feeney that he helped form.

He also scored two goals in Dungiven Celtic's first ever game, a 7-2 over Moville at the Brandywell in Derry in August 1969.

Barney, who lived in Dungiven, was the beloved husband of Hazel and loving father of Fergal, Ronan and Orla Mullan, editor of the County Derry Post.

He was much loved grandfather of Saorlaith, Bláithín, Daíthí, Fiadh, Martin and Clódagh. He was the dear brother of Kathleen, Colm, Mary, Eileen, Francie and the late Patsy, Willie and Jim RIP.

Barney worked in the building industry and retired almost ten years ago.

He was buried on Wednesday, on the 56th anniversary of his father John’s death, who died tragically when he was 51.

“The Committee, members and players of St Canice’s GAC deeply regret the death of former club and county player Bernard (Barney) McNicholl,” read a tribute to him on the club's social media page.

“We offer our sincere condolences to his wife Hazel, sons Fergal and Ronan his daughter Orla and the entire McNicholl family circle at this time.”

Dungiven won the 1959 Dr Kerlin Cup at a windswept Claudy, defeating Magilligan 3-6 to 1-5.

With the aid of the elements, Dungiven notched all three goals in the first half, with Barney – playing at corner forward - netting two of them.

The following year he played in the senior county final, at Ballinascreen, but wasn't able to stop Bellaghy narrowly annexing their third of four successive county titles on a 1-5 to 2-1 scoreline.

In 1961, Dungiven beat Newbridge at senior championship level for the first time in the first round, but Barney lit up the next game with a 0-9 tally in a 1-15 to 0-4 over Magherafelt.

Unfortunately, they bowed in the semi-finals to a Jim McKeever inspired Ballymaguigan team.

Barney's eye for goal continued when he scored two goals and tore Ballinderry's defence apart as Dungiven beat the Shamrocks at home in a championship opener in the middle of the decade.

With the ruling preventing players from mixing GAA and soccer, Barney then focussed on the soccer and played in the inside left position for both Straidarran and Dungiven Celtic. 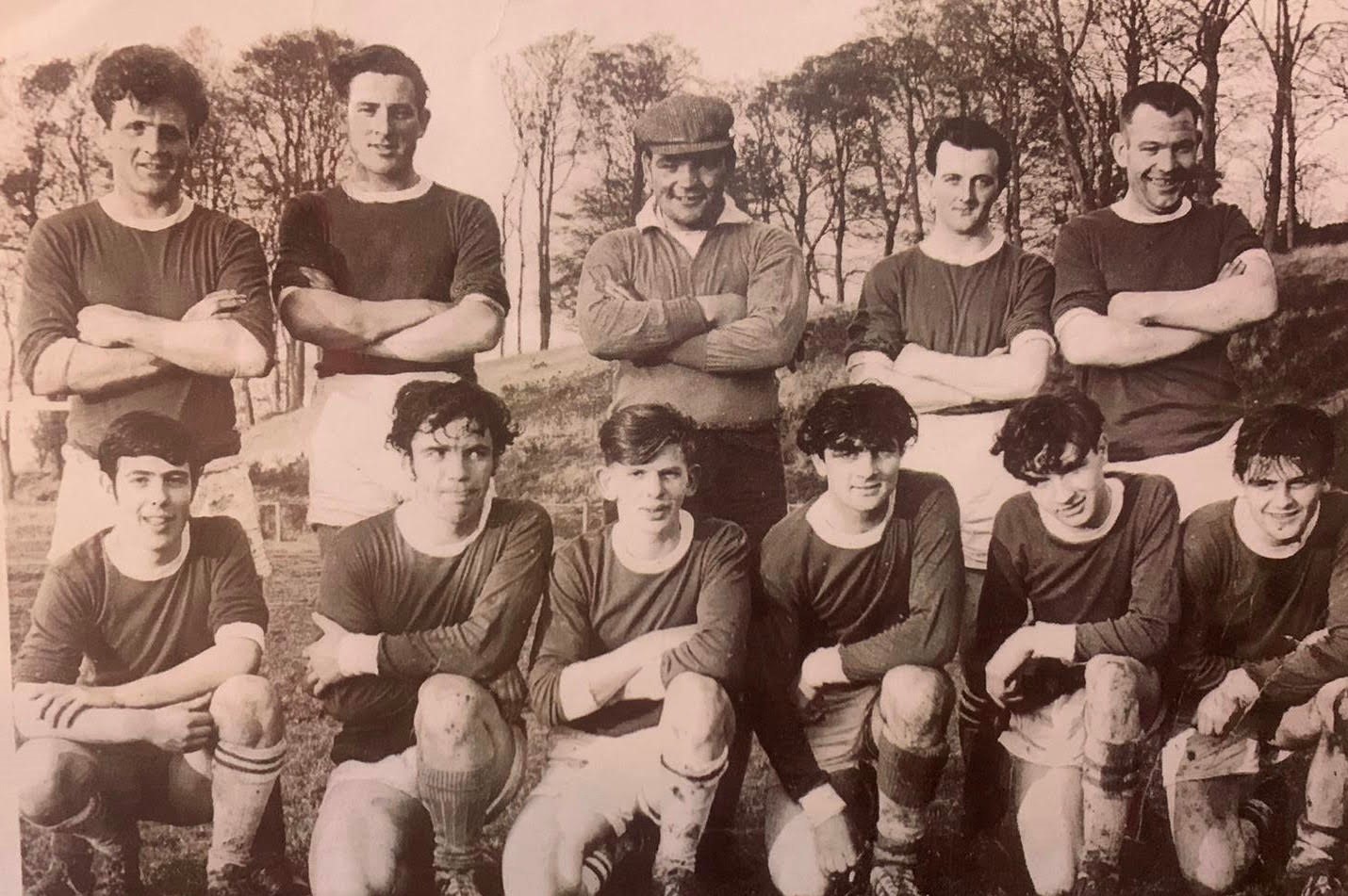 Barney McNicholl (back row, extreme left) in his days playing soccer for Straidarran. His brother Colm (bottom row, third from right) also played on the team.  Barney scored the only goal of their 1-0 win over the Amalgamated Press team at St Columb's Park.