The figure is below the overall NI rate for the second week in a row. 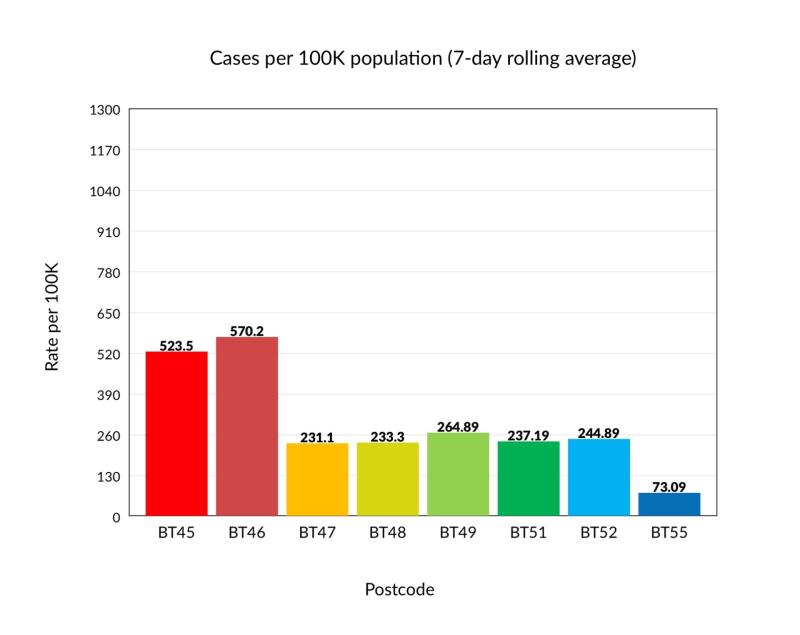 The Covid-19 rate in County Derry has continued its downward trend over the last week, with the number of confirmed cases falling by over 38%.

A total of 5,551 tests were completed within the county's postal districts over the last seven days, with 722 people testing positive for the virus. 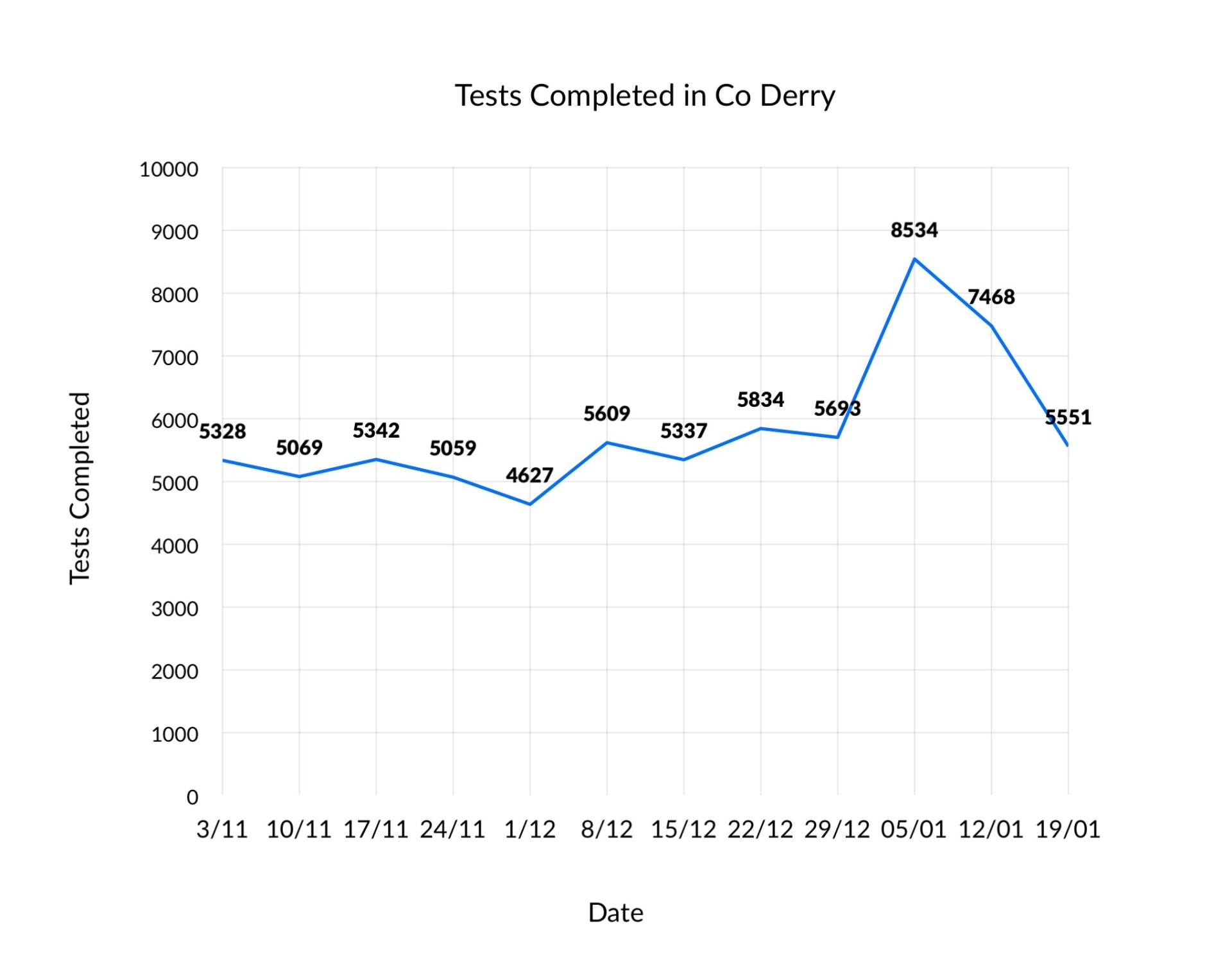 No Derry postcodes are included in the ten highest rates, while Portstewart's rate of 73.1 is the lowest in the north.

Maghera's BT46 postal area recorded the highest rate per 100,000 of population last week at 570.2, while the area also experienced the highest percentage of positive cases at 22.3%. 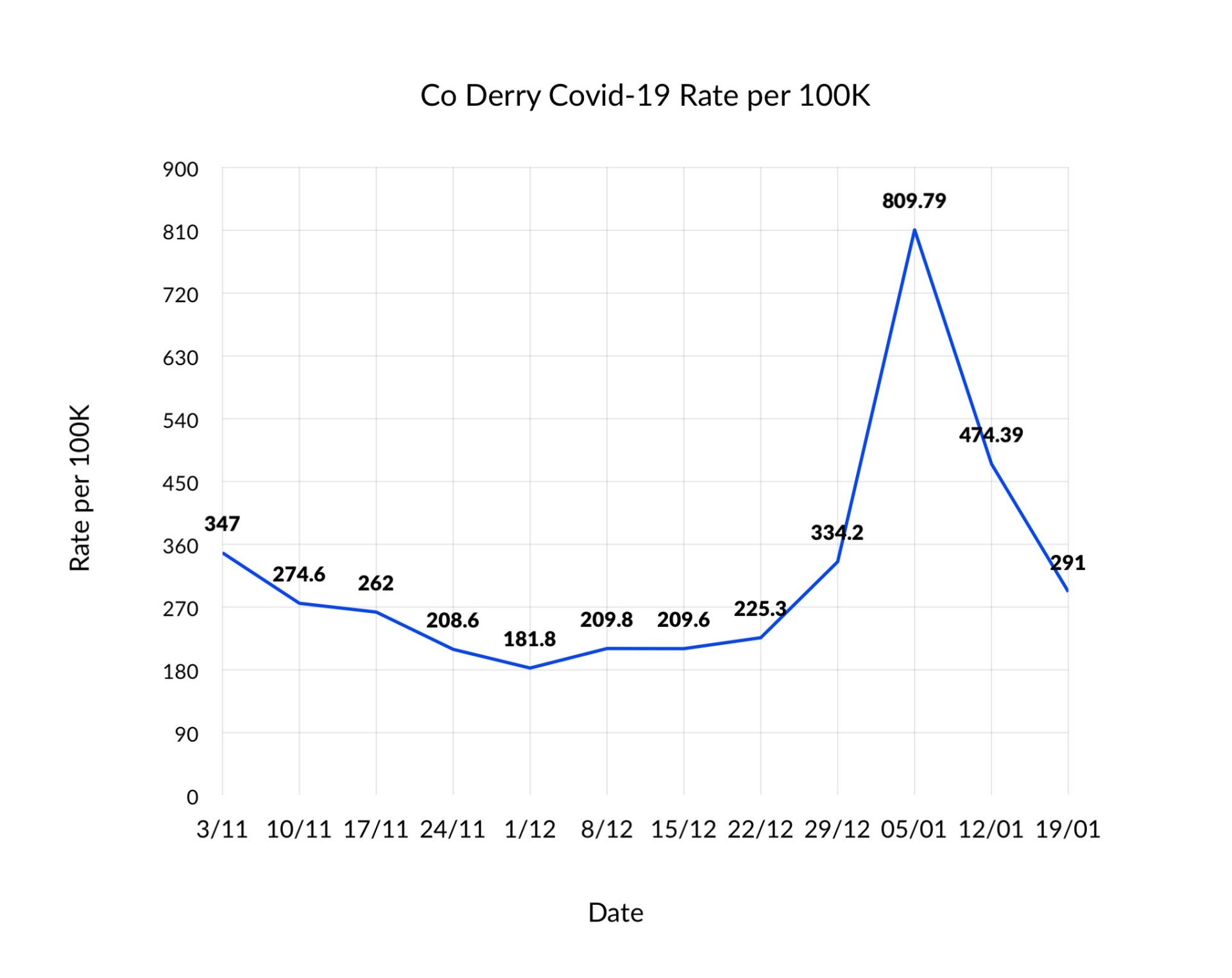 The county's overall percentage of positive cases was 13%, down from the previous week's figure of 15.8% and the lowest recorded since before Christmas.

A total of 28 Covid-related deaths were recorded in County Derry's local government districts over the past seven days, over double the previous week's figure of 13.

The highest number came in Mid Ulster, where 13 deaths were recorded, while eight people died in Derry and Strabane and seven in Causeway Coast and Glens. 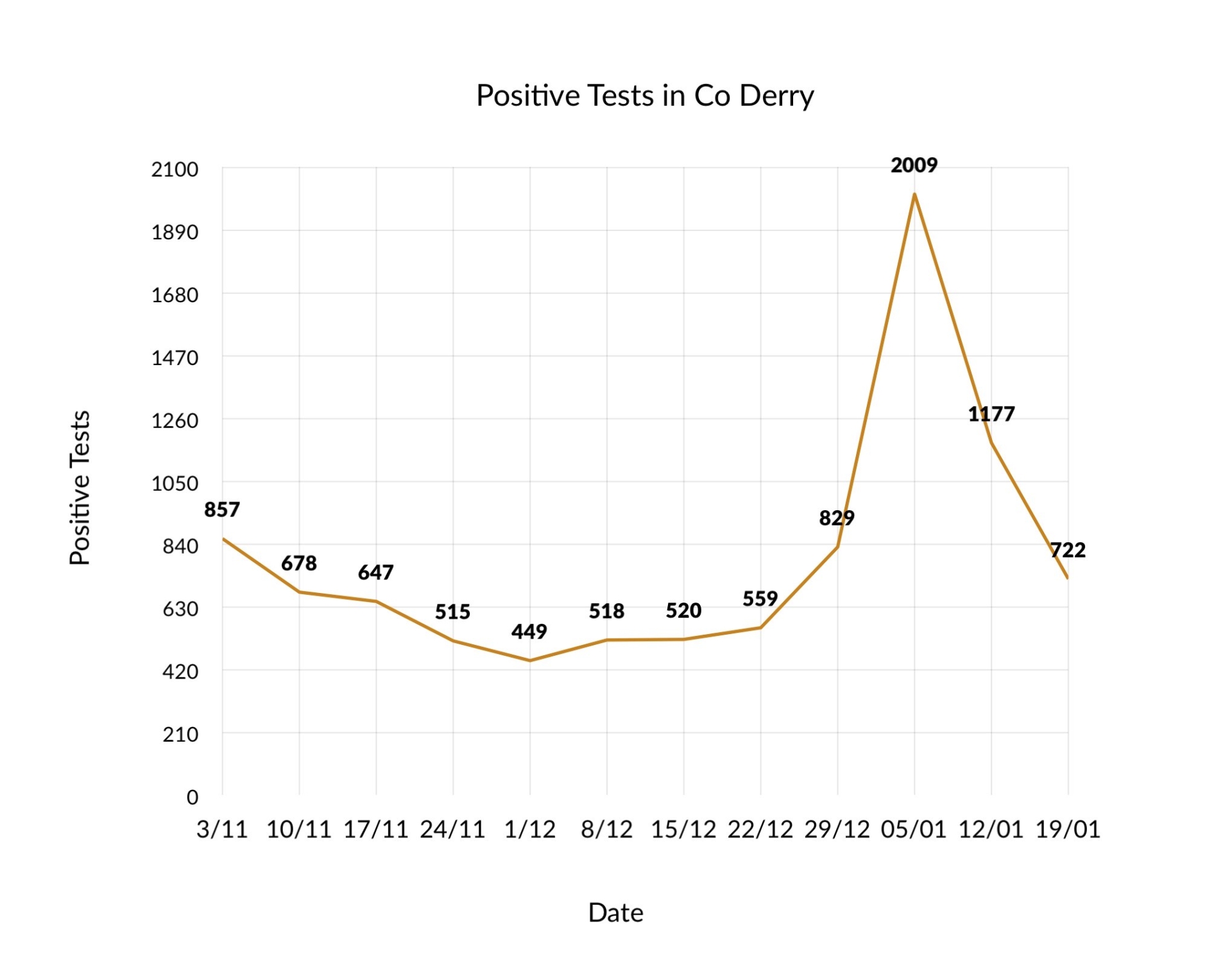 Meanwhile, pre-departure testing will be introduced for international travellers arriving in Northern Ireland from Thursday, January 21.

Passengers from all international destinations will be asked to produce a negative test result, taken in the 72-hour period before departure, to their travel provider. 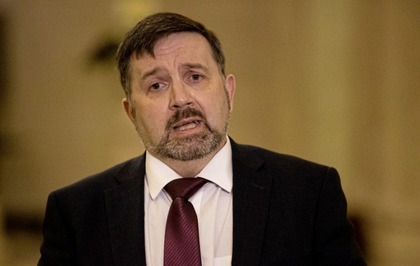 “The move is in addition to other robust existing measures such as the removal of travel corridors and the self-isolation requirement regardless of pre-departure test result,” he said.

“This additional measure will provide another layer of protection to help reduce the risk of imported infections, while national lockdown and vaccination take effect.”

Travel operators who permit travel without the necessary proof of a negative test can be fined up to £10,000, while fines for anyone travelling without a negative result start at £500.