23-year-old charged today in connection with the incident 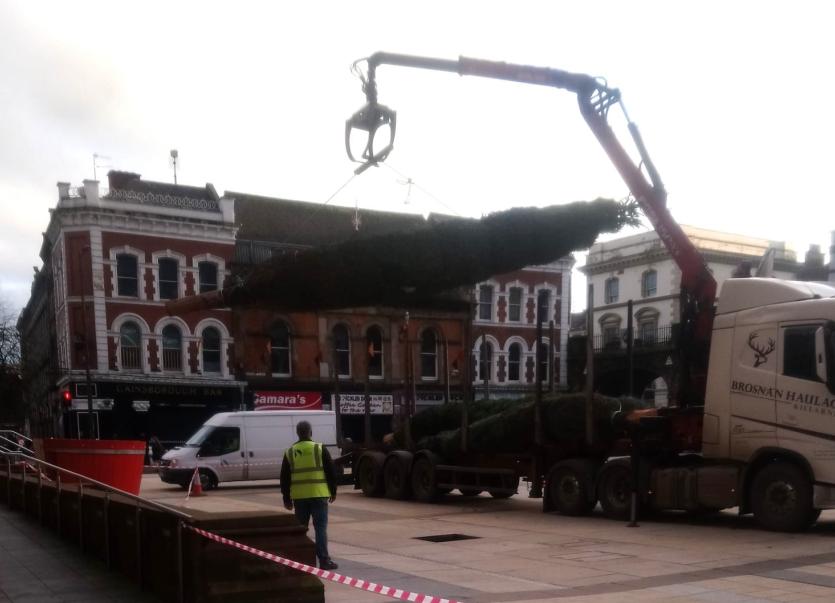 A man was arrested in Derry this week after he climbed up the Christmas tree at Guildhall Square and threw baubles to the ground.

Police were alerted to the incident on Wednesday night by CCTV cameras in the area.

When they arrived, they arrested 23-year-old Sean McElhinney who appeared before Derry Magistrates Court today.

A police officer told the court that the CCTV footage showed McElhinney climbing up the tree and throwing the baubles to the ground.

The officer said McElhinney was intoxicated and was causing a 'nuisance' to people in the area before he climbed the tree a second time.

After he was arrested and taken to Strand Road police station, he gave a false name and was aggressive towards officers.

In relation to this week's incident, McElhinney, whose address was given as Strand Road, was charged with disorderly behaviour, obstructing a police officer in the execution of their duty and the attempted criminal damage of baubles belonging to Derry City and Strabane District Council.

The court was told that McElhinney was also in breach of bail conditions in relation to separate offences.

As a result, the judge refused a bail application and he was remanded in custody until February 11.

The Christmas tree has been located in the Guildhall Square since the end of November.

It is understood that it was being removed today.