Admissions criteria will be published on February 2 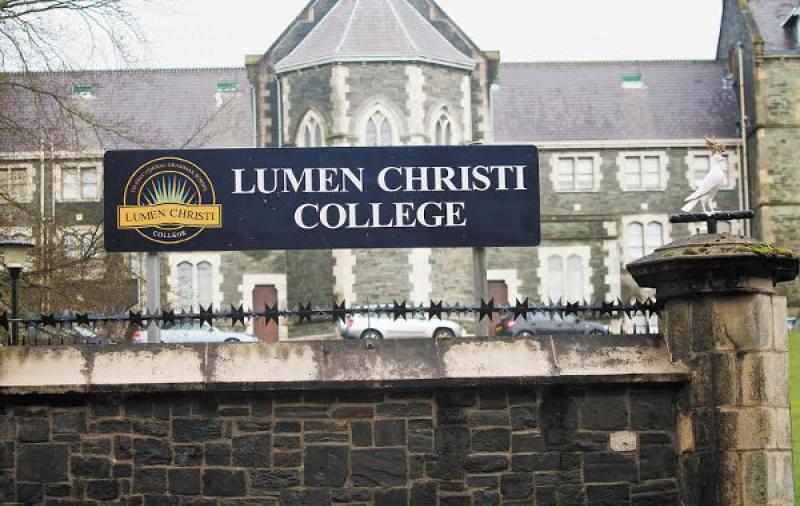 Lumen Christi College in Derry has confirmed that it will not be using the 'transfer test' for its admissions this year.

The school had not yet commented officially on how it planned to admit new pupils for the 2021/22 academic year.

It has now said it will not be using the academic selection process and will instead use criteria which will be published on February 2.

Lumen is one of four grammar schools in Derry, the others being Foyle College, Thornhill College and St Columb's College.

Each year, the schools use academic selection as its method of choosing its new pupils.

However, all those plans have been hit by the coronavirus pandemic.

It was announced last week that transfer tests run by two organisations, the Association of Quality Education (AQE) and the Post Primary Transfer Consortium (PPTC), which had been due to start last weekend, had been cancelled because of the current coronavirus wave.

Foyle College takes part in the AQE test while the three other Derry schools take part in the PPTC test each year.

However, shortly after last week's announcement, AQE said that it would instead hold a single examination on February 27.

That decision was criticised by those calling for the transfer tests to be scrapped this year because of the impact that the pandemic has had on the education of those children due to sit the exams.

A total of 34 schools in Northern Ireland had been due to take part in the February 27 AQE test.

However, a number of them have since withdrawn from the process, but Foyle College has said that it still intends to use the AQE test for its admissions this year.

Last year, St Columb's and Thornhill both said they would not be using the transfer test to select their new pupils for 2021 because of the pandemic.

Lumen Christi College said it had planned to continue with the academic selection process but that has now changed following the decision to cancel the PPTC test on January 30.

In a letter sent in recent days to parents of pupils who had register to sit the January 30 test at Lumen Christi College, the school's principal, Siobhan McCauley, said that as a result of the test being cancelled, they would not be using it for admitting pupils to Year 8 in September.

Mrs McCauley wrote: “The Education Authority intends to publish the admissions criteria for all post-primary schools, including those from Lumen Christi College, on 2nd February 2021. The College's criteria will also be made available on the school website on the same date.”