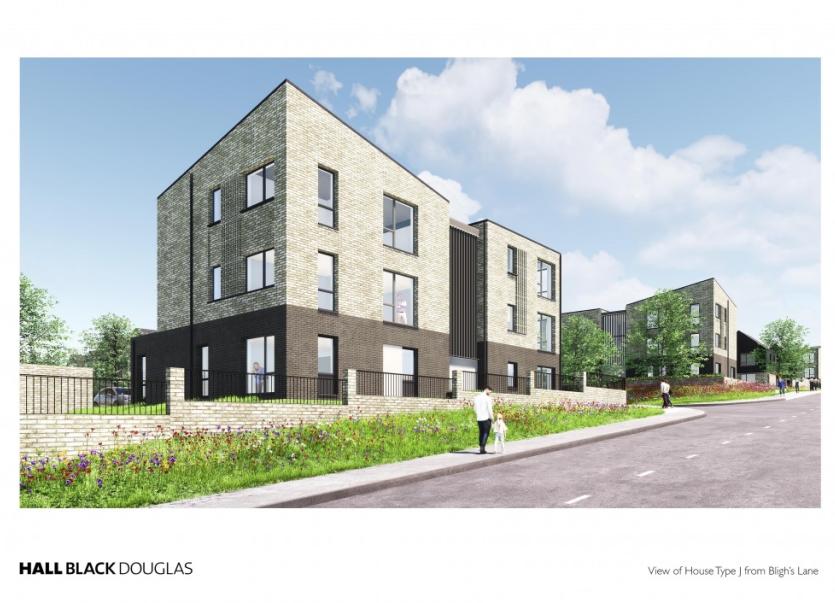 An Image of what some of the houses close to the Sean Dolans site will look like.

Planning permission was today granted for a major new housing development in the Creggan area of Derry.

The development, which will be located beside the Sean Dolans GAA ground, will incorporate 119 properties.

As well as the new houses, the project will also see the extension and refurbishment of the current facilities of the Sean Dolans club.

The existing clubhouse will be refurbished, while a new community building will also be built on the site.

The plans for the land received unanimous support at a meeting today of Derry City and Strabane District Council's Planning Committee.

The Creggan development is a joint enterprise between Sean Dolans and Radius Housing.

Speaking in 2019 when the plans were first put forward, Anita Conway, Radius Housing''s Director of Development, said the project had 'huge potential' to bring much needed investment into the Creggan area.

"This partnership approach to development brings benefit beyond housing; it adds value to the wider community and supports the efforts of the local schools and community organisations," she said.

Also speaking at the time, Marcus McCrystal, Sean Dolan’s Club Chairman, said they recognised the potential for the club to act as a 'key pillar' in the local Creggan community.

"We are extremely proud of our club and our community and in what we have achieved in rebuilding our facilities over the last number of years," he said.

"We are not about to rest on our laurels however and we see the joint venture with Radius Housing as being fundamental to achieving our future growth plans.”

Seans Dolans and Radius Housing were praised at today's meeting for how they have worked together on the project.