The former Loreto student's cartoons have featured in The London Economic and on Slugger O'Toole.

A County Derry cartoonist has been named Young Cartoonist of the Year following a UK-wide selection process involving some of the country's top cartoonists.

Fergus Boylan, a former student of Loreto College, Coleraine, was crowned winner of the Under 30s section of the award, presented by the British Cartoonists Association.

The 29-year-old said he hadn't expected to win.

“It's pretty cool. It was a nice email to get just before Christmas,” he told the County Derry Post.

“I had to kind of sit on it until they announced it officially in the Guardian, but it's great to be recognised by that panel.

“They are all established names; The Times, The Guardian and others from The Spectator, they are all cartoonists whose work I've admired.” 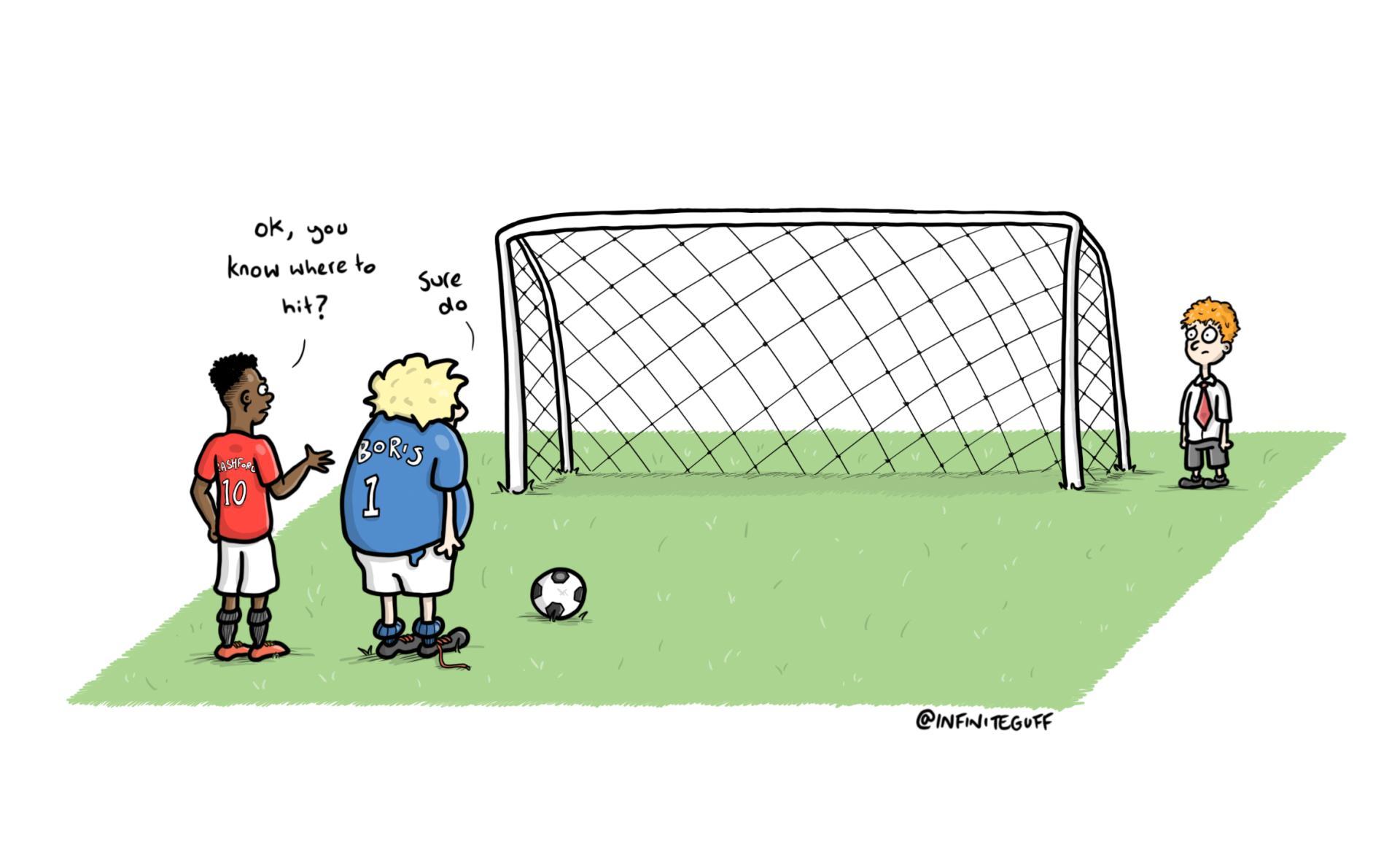 One of Fergus' political cartoons.

Now living in Dublin, where he works in his day job for a pharmaceutical company, Fergus began his journey as a cartoonist while still at school in Coleraine.

“I've always done cartoons and always seen political cartoons as something that I could actually try myself,” he said.

“I did a few, years ago, mostly about the DUP, just to try my hand at putting them on paper. I posted them in places like Reddit and they were well-received.

“Then I sent Slugger O'Toole a bunch of things I'd done up to that point and asked if they'd be interested in featuring my work. I got a weekly spot at that stage.

“Once I'd done enough Slugger things, I messaged a site called The London Economic. I'd seen them posting news articles on Reddit.

“When I see a new paper, I'll check if they have a cartoonist and I'll email them, so I did that for The London Economic who said they liked my stuff and now I have a weekly thing with them.

“That's my first proper paid gig, and it was actually one of The London Economic cartoons I submitted for the Young Cartoonist of the Year; one about Dominic Cummings.” 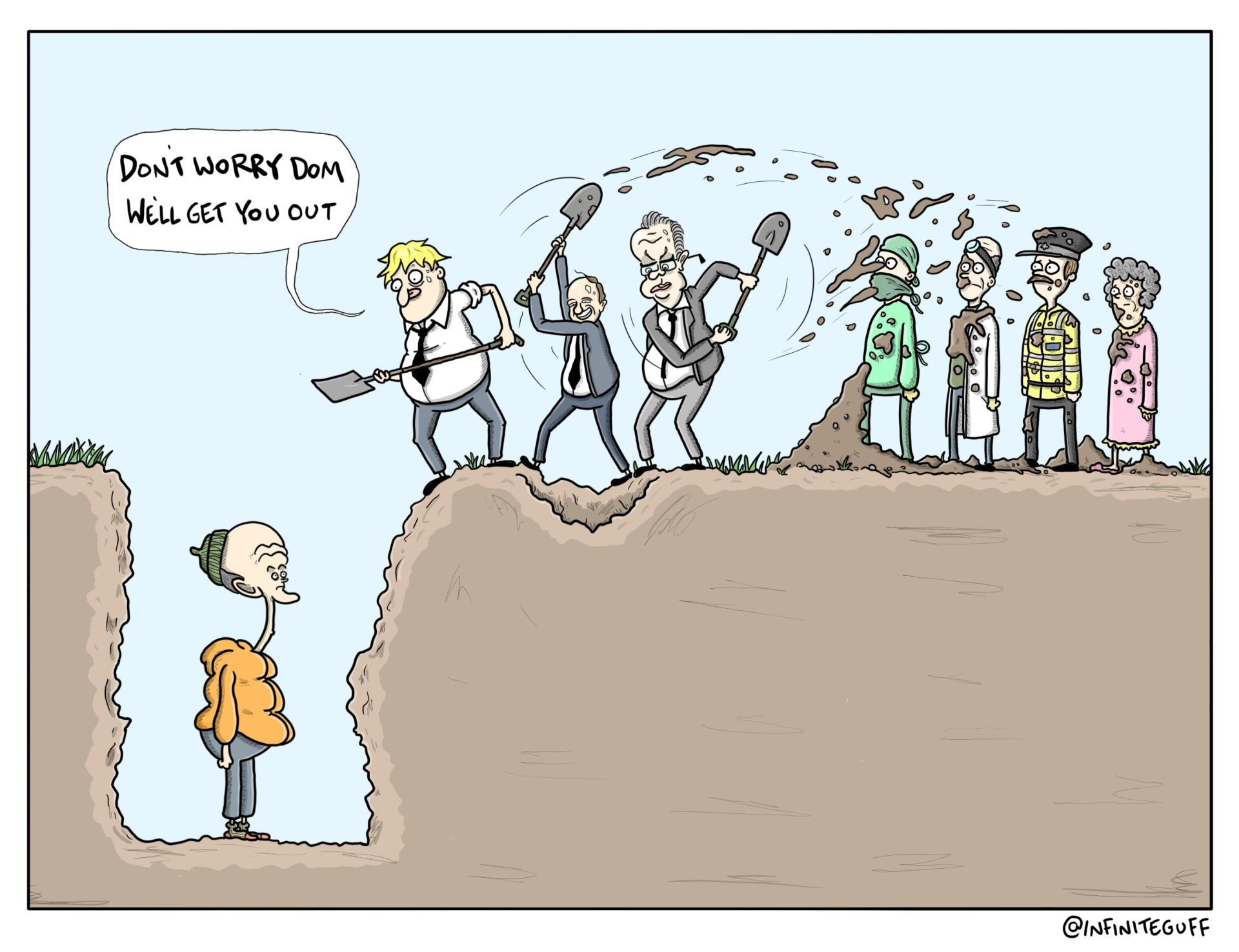 The artwork features Cabinet minsters and Boris Johnson attempting to dig his former chief advisor Dominic Cummings out of a hole, while throwing dirt on NHS workers and the rest of the public.

Fergus said he wanted to visually portray what was a ludicrous situation.

“I did it in the summer time last year, in the interim period,” he said.

“It was pathetic. Boris Johnson had made his speech and all the Cabinet ministers were tweeting in support of Cummings.

“I wanted to capture what that looked like. To me it looked like they were just bailing out their mates at any cost, while everyone else had been through the mire for months.”

A by-product of the pandemic has been an upsurge in people's interest in politics, both local and national, something Fergus is hoping to tap into as his career develops.

“People like Ian Knox are really brilliant at this and have been doing it for years, so there is a precedent for people making it their job.

“I'm hoping to use the fact I have an award now to see if publications will feature my work on a daily or weekly basis.

“It gives me a certain amount of credibility I didn't have before.” 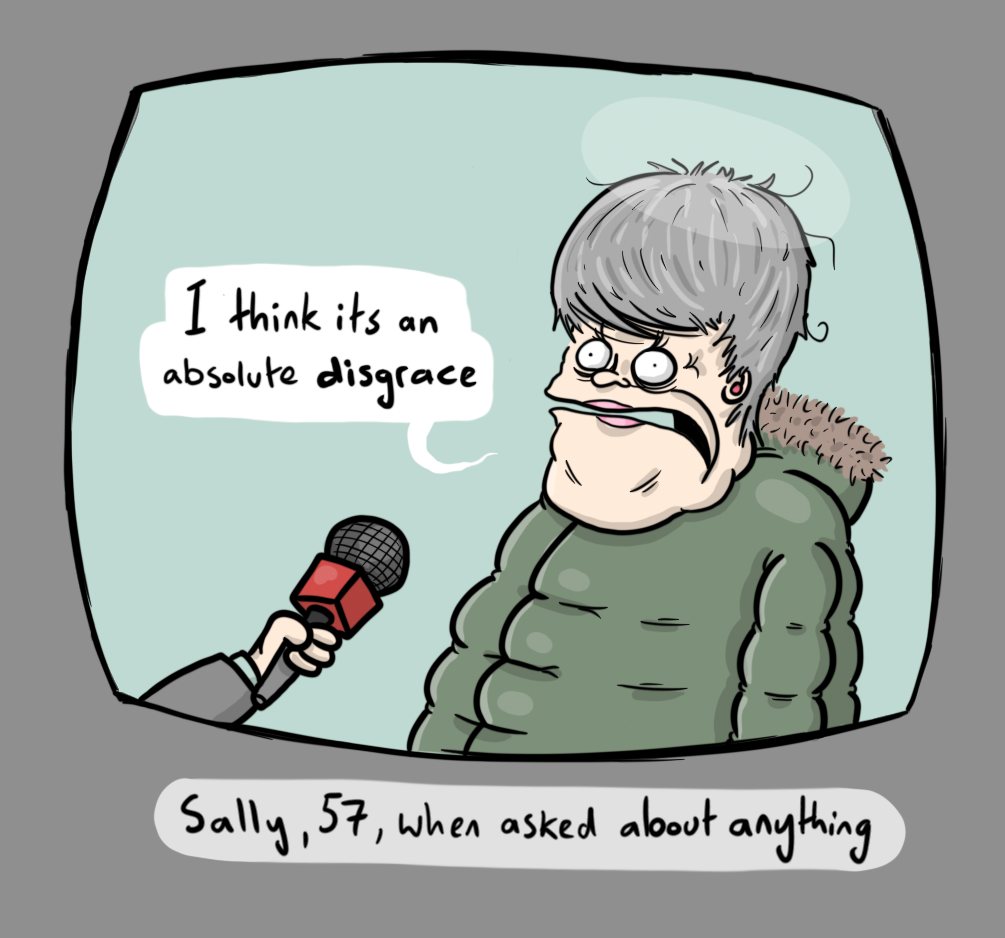 At the crux of it all is a man having fun with his work.

“There are a few things on my social media that are not political at all, but no one is going to commission that,” he said.

“I just do it for myself, and if other people find that funny, then that's a bonus.”