The rise comes despite a reduction in the number of tests carried out over the last seven days. 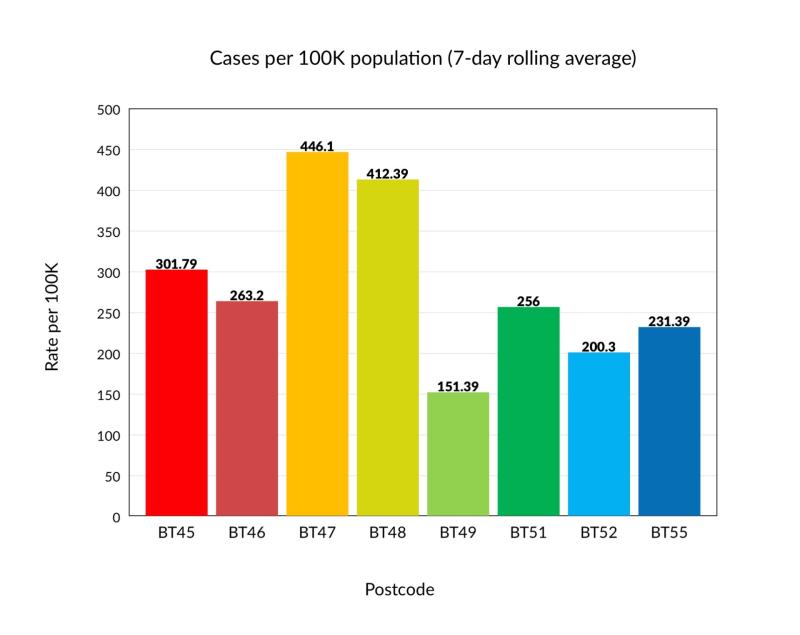 A graph showing the rate per 100K of population in County Derry's postal codes.

The number of confirmed Covid-19 cases in County Derry over the last seven days is almost a third higher than the previous week.

Data from the NI Covid-19 dashboard has shown a 32.5% rise in the number of cases identified within the county's postal districts, despite the number of tests carried out falling from 5,834 to 5,693. 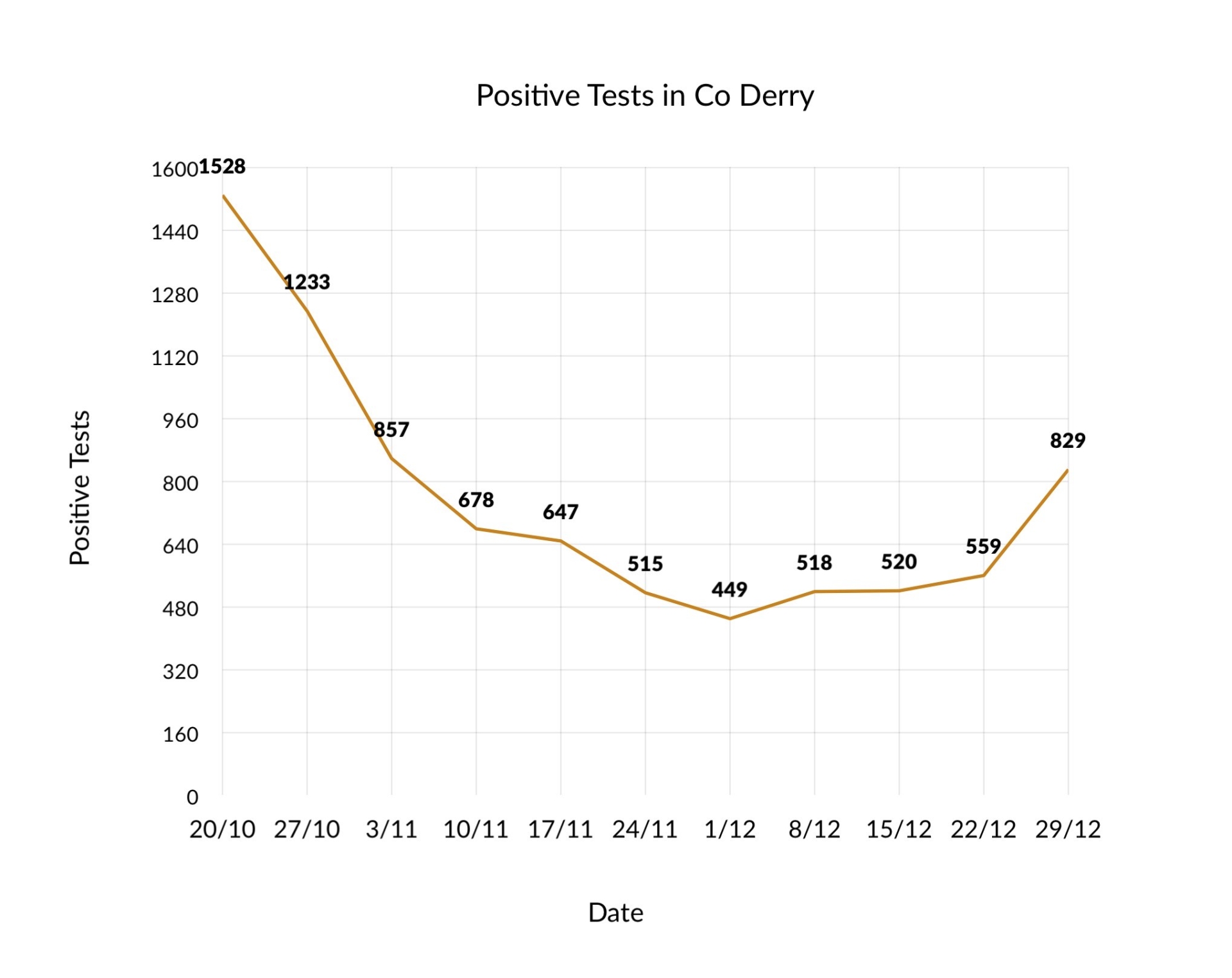 The percentage of positive tests has also soared from 9.6% the previous week to 14.6% over the last seven days.

BT47 (Foyleside/Dungiven) now has the highest rate (446.1) of positive cases per 100K of population. Cases in the area have doubled in comparison to the previous week's data.

The rates in the city are now at their highest point since October 26, with neighbouring city postcode BT48 seeing the second highest rate at 412.4. 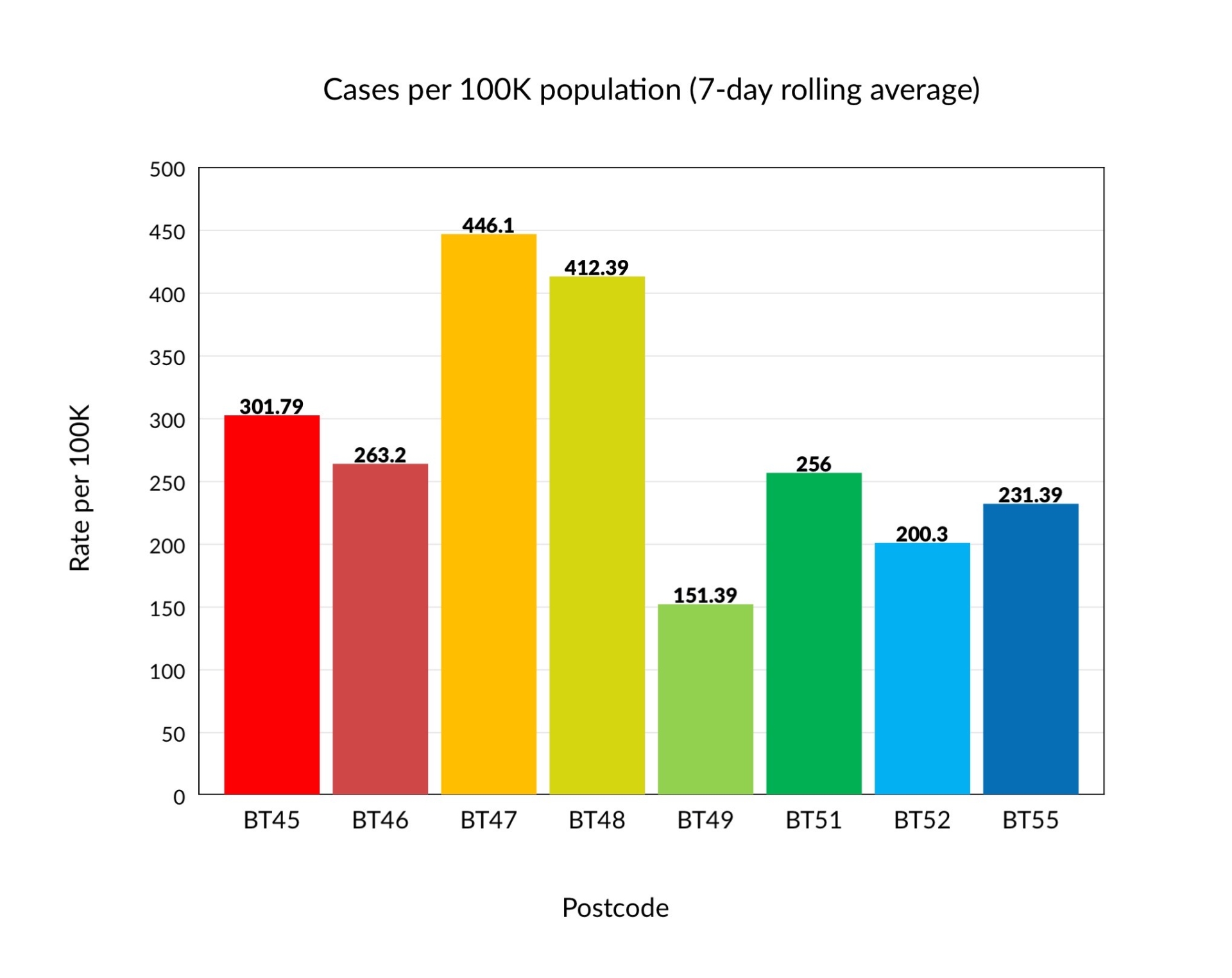 Limavady's BT49 postal district has the lowest rate at 151.4, with cases falling by 10%, while BT55 (Portstewart) saw the sharpest rise, with case numbers rising by 63%, albeit from a very low figure the previous week.

23 Covid-related deaths have been recorded in the county's local government districts over the last seven days, with 12 of these occurring in the Mid Ulster area.

Five people died in Derry City and Strabane, while six lost their lives in Causeway Coast and Glens. 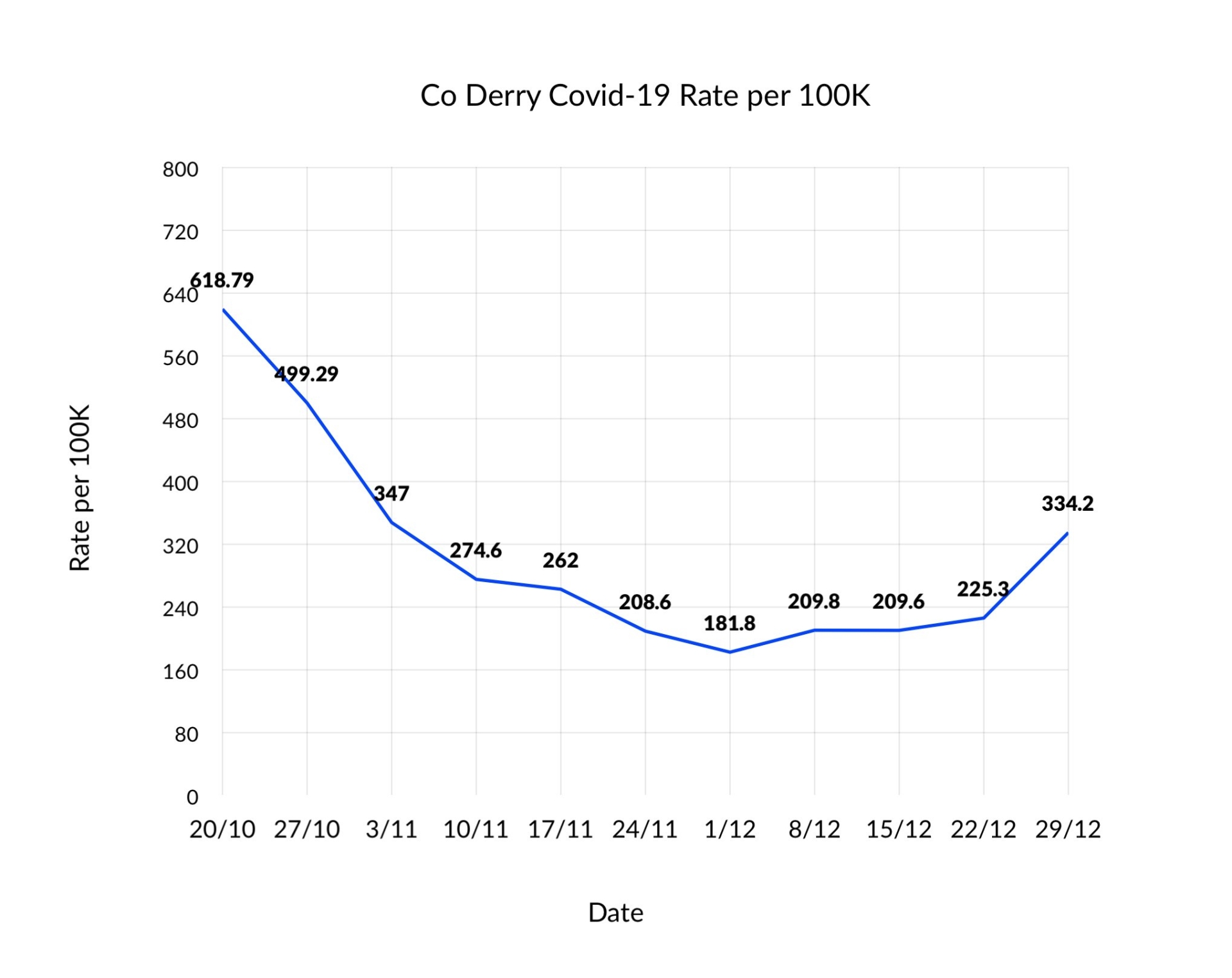 “A New Year’s Eve house party would not just be against the law. It could be a super-spreader event, could leave people very seriously ill and could even cost lives,” he said.

“We need another huge collective effort across society to push down Covid infection rates. We do that by reducing our contacts with others, by staying at home, by keeping our distance from others if we need to be outdoors for good reason, and by wearing a face covering and washing our hands. 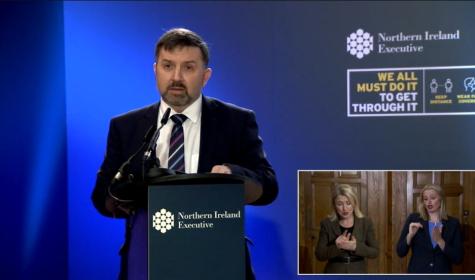 “I know how tough 2020 has been and how fed up we all are with this virus. But I am confident we can all pull together once again at this critical time.

“2021 is a year of renewed hope with the vaccine roll-out. We need a concerted and united push in the next few months to get us to a better place.

“Please stay at home as much as possible. Please don’t be tempted to visit friends this week. It’s not just about complying with the regulations, it’s about keeping yourself and others safe.”