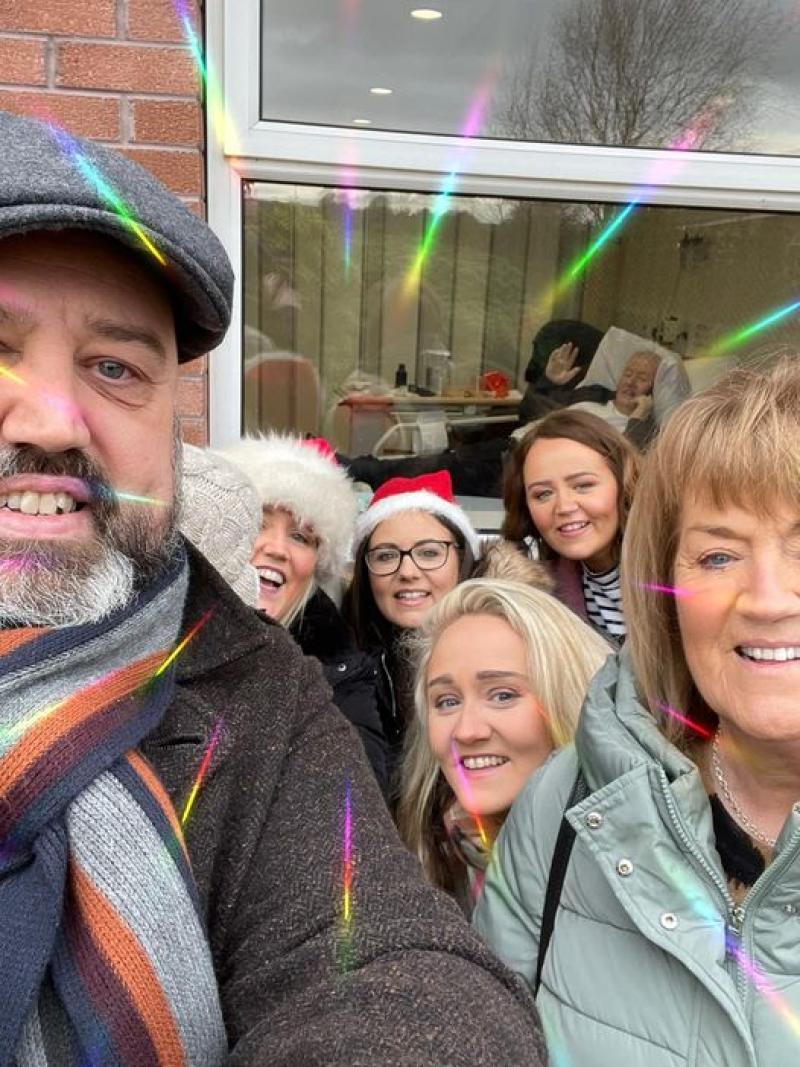 A Derry man who has spent the last three months in hospital fighting Covid-19 has thanked all those who have supported him and his family.

Neil McCafferty's family were told in October that it would take a 'miracle' for him to survive the disease.

However, he managed to pull through and is now continuing his recovery at Waterside Hospital.

In a message from his hospital bed, Neil said he had been overwhelmed by the good wishes sent to him.

“Thank God I have come through the worst of Covid,” he said.

He described the medical staff who have looked after him as 'fantastic' but said he hopes to leave hopsital and return home within two or three weeks.

“I would just like to take the opportunity to thank all the well-wishers, all the voices of support for my family and me,” he said.

“I hope I can meet you all in person soon."

Neil's family were able to visit him on Christmas Day and speak to him through the window of his room at the Waterside Hospital.

It was a day they thought he would not live to see a few months ago.