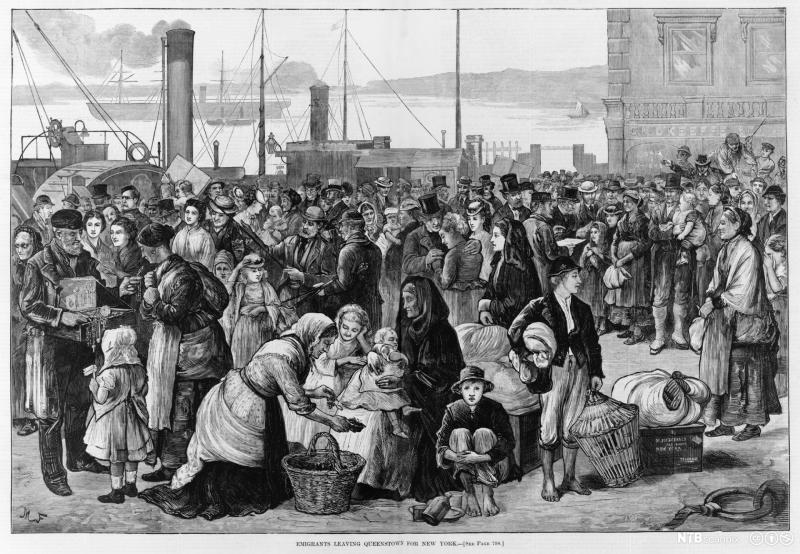 A scene from the 1850s as Irish people leave for a new life in the US.

Elaine Farrell from Queen’s University Belfast and Leanne McCormick from Ulster University have teamed up to create a new podcast called Bad Bridget which features the untold stories of Irish emigrants to America, many of them with a strong Derry link. 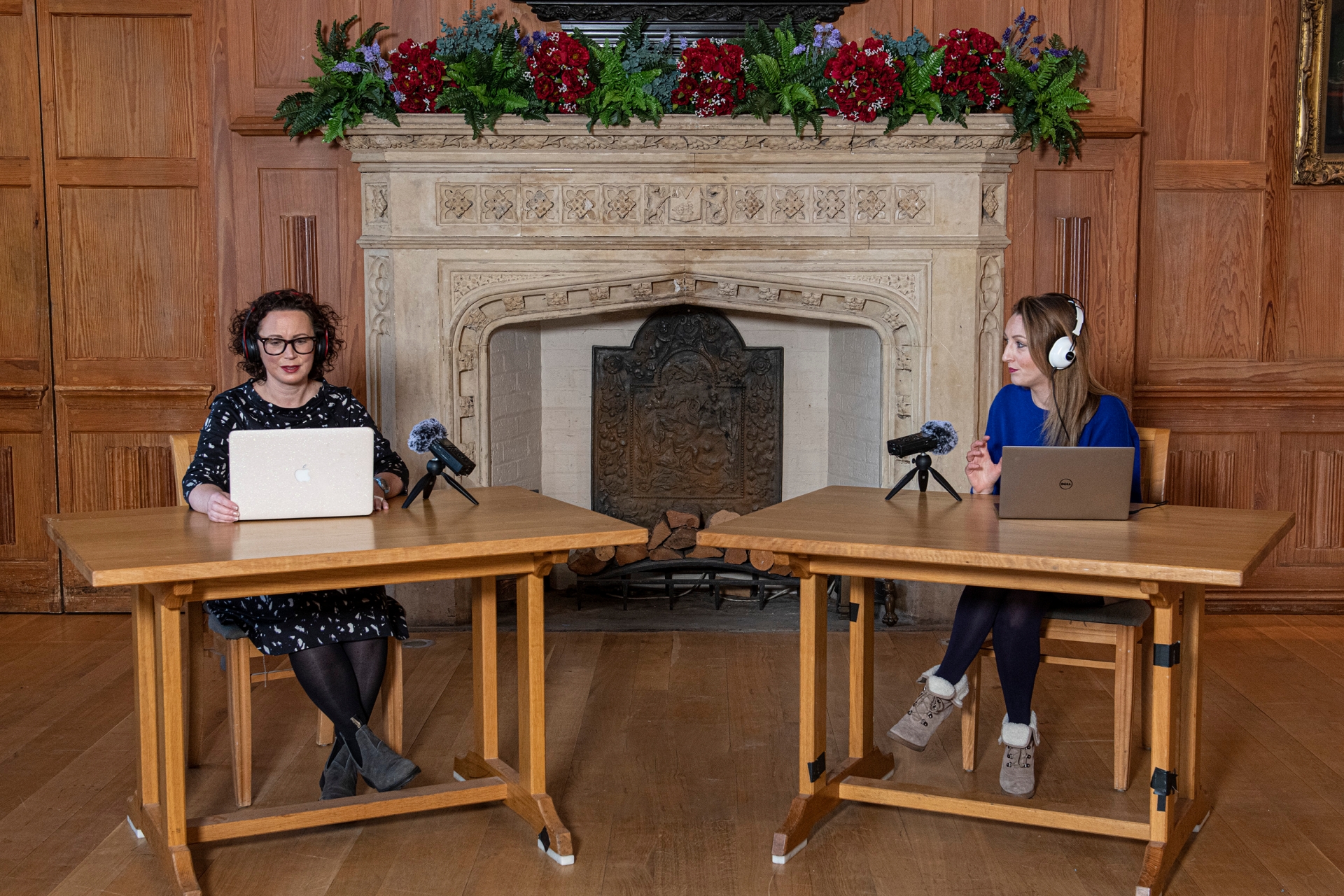 In March 1911, 15-year-old Frederick Hunt and his 20-year-old brother Harry were caught breaking into an office on Washington Street in Boston, Massachusetts.

The boys astonished the police who arrested them by confessing to a string of successful burglaries over the previous few months, cases that up to that point had baffled the police.

Harry directed the officers to his rented accommodation in Boston’s South End and there the police were shocked by the amount of stolen goods they found.

The burgled loot from at least fifteen different businesses included jewellery, gemstones, clothing and accessories, razors, cutlery, pens and money, and was valued in today’s terms at around $80,000.

Also in the house was Annie Wunder, thought to be Harry Hunt’s lover.

Her mother died when she was around 12 years old and her father died the following year.

She worked in a shirt factory in Derry until she migrated to Boston with a sister when she was around 15 years of age.

She worked in hotels until she married a Russian-born electrical engineer when she was 19.

Annie was arrested for her part in handling the stolen goods although she claimed to have been intimidated into criminality by the two boys.

She was one of at least 29 Irish-born women admitted to the Reformatory Prison for Women at Sherborn, Massachusetts in 1911.

By the time of her arrest, Annie had separated from her husband and their five children were in care.

Our new Bad Bridget Podcast, based on research funded by the Arts and Humanities Research Council from 2015, explores the experiences of Irish women like Annie Wunder who were accused or found guilty of criminal or deviant behaviour.

Across five episodes on five different themes, the podcast shows the different crimes Irish girls and women committed in Boston, New York and Toronto from 1838 to 1918 and their experiences of life and the justice system abroad.

Some of our stories are narrated by the talented Siobhán McSweeney, who is well-known for playing Sister Michael in Derry Girls.

We were shocked that so many Irish girls and women who migrated to the US were arrested and convicted for criminal and deviant behaviour and we wanted to try to understand the reasons behind this.

Their interactions with legal officials or institutions produced paperwork and it is through these historical documents that we gain insight into their lives.

Our research shows that the migration of girls as young as Annie, or even younger, without their parents was not uncommon.

At least three of Annie’s siblings also migrated to the US, probably in search of better jobs than they could find at home.

While many young Irish women secured employment as waitresses, factory workers or domestic servants, some like Annie were also involved in criminal activity.

Her conviction in 1911 was not her first time in trouble with the law.

She had been arrested at least four times for drunkenness and had already served three months in prison for the offence.

Women’s association with alcohol was not new to the early twentieth century.

Across our period, Irish-born women were regularly imprisoned in North America for drunken misbehaviour.

Londonderry-born Rosanna had given birth to ten children, only four of whom were alive by 1859 when she was identified in a drunken state by the Five Points Mission in New York, a charity that aided the poor in the city.

In the first episode of the Bad Bridget Podcast we chat about poverty at home in Ireland and abroad.

We explore how some Irish women faced discrimination and prejudice by the authorities and we talk to Catherine Griffin a Public Defender in New York City about how other groups experience discrimination today.

Alcohol is the theme of Episode 4. We tell the stories of women’s association with alcohol, from the drunken escapades with companions on the street to the women who drowned their sorrows over deserted husbands and deceased children.

Annie Wunder’s crimes were relatively minor compared to the women who feature in our final podcast, on murder and manslaughter.

This includes the Antrim-born serial killer who was the first woman in the United States to be sentenced to death by the electric chair.

These are the lesser-told stories of Irish emigration, the complex tales of women who left Ireland to try to make a new life for themselves but ended up on the wrong side of the law.

Join us as we tell the heart-breaking stories, the funny stories, and the stories of resilience and strength against the odds.

You can find the Bad Bridget Podcast on Spotify or Apple Podcast or wherever you get your podcasts.