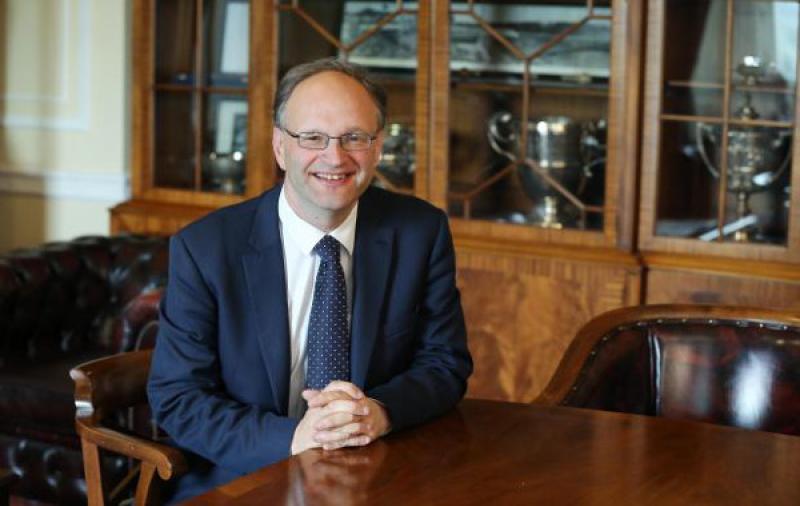 The Education Minister has written to schools in Derry to reiterate his stance on schools not closing early for the Christmas holidays.

There have calls for schools to close early for Christmas in a bid to limit the spread of the coronavirus before the festive break.

However, Education Minister Peter Weir said this will not be happening.

In a letter sent to local schools this week, he stood by his decision.

Mr Weir stated in the letter: “I have previously stated that there are no plans to extend the Christmas holidays for schools, indicating that this would only cause further disruption to children’s education and lead to an increase in levels of stress and anxiety.

“It is, therefore, my expectation that, unless advised to do so by the Public Health Authority (PHA) due to health related reasons, or other non-health emergencies such as a boiler breakdown, fire or death of a pupil or staff member, all schools should remain open to all year groups for face-to-face teaching for the remainder of this term until their planned Christmas holiday.”

Mr Weir issued after the letter after a Derry principal this week said his school will be supporting parents who wish to take their children out of school from tomorrow, December 11.

Brian Guthrie, principal of Ebrington Primary School, said that since schools had returned in September their school had had a number of positive Covid-19 cases.

In a letter to parents, he said the positive cases had resulted in 'disruption' for more than 100 families whose children had to self-isolate for two weeks.

“In a school our size, it is very possible that other positive cases could arise,” Mr Guthrie stated.

“Should this happen during the final week of term, then everyone in the class concerned will have to self-isolate, at home, for 14 days which will include the Christmas period, thus preventing those families from enjoying time with other family members from 23rd to 27th December.

“This is something which many schools have been giving some consideration to and you may have heard the rumours that schools might close a week early to prevent this from happening.

“However, the Minister for Education has stated that there are no plans for allow schools to close early at this point.

“We are, therefore, not in a position to close the school early, but are still concerned for our families.

“During the last week of term, the children usually take part in some fun activities which still promote their learning, but in a fun way through the use of Christmas worksheets and practical activities.

“Whilst we cannot condone absences from school, we are also mindful of the mental health and well-being of our families and, as such, would be annoyed if families could not enjoy the Christmas period like they had hoped.

“Therefore, we are willing to prepare some school work alongside Christmas activities in advance and send them home on Friday 11th December for those who are in a position to do so and who wish to protect their family Christmas time, by keeping their children off school during the last week.”

Mr Guthrie said that as long as children followed the work outlined by the school then their attendance record would not be affected.

Another local school, Lisnagelvin Primary School, has sent a similar letter to parents.