'We have lost one of the best' 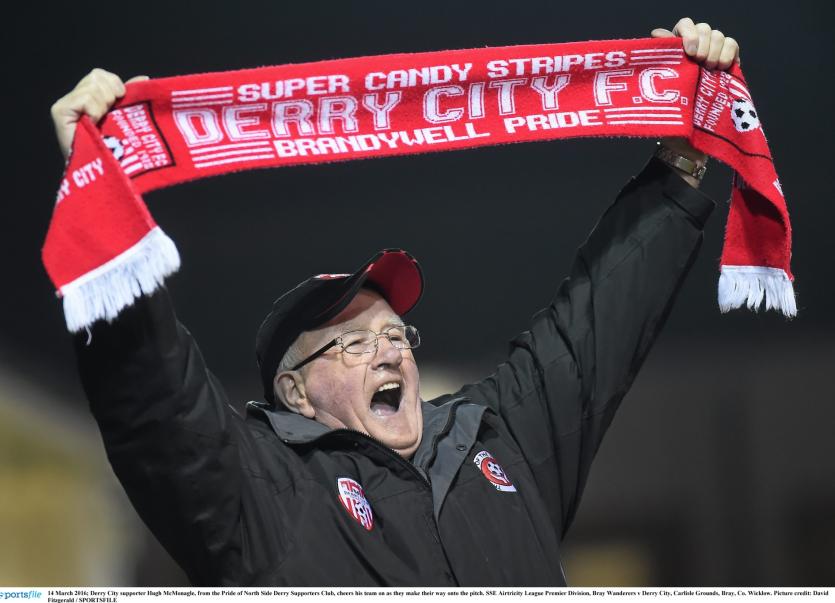 Hugh McMonagle has sadly passed away.

Derry City fans are in shock today as another lifelong fan of the club has died.

Hugh McMonagle, a co-founder Pride of Northside Supporters Club, passed away this morning, just 24 hours after Hugh Curran was laid to rest.

McMonagle, along with his Northside colleagues, was a passionate Candystripes fan, and travelled up and down Ireland following his team over the years.

Hugh was also well known in the city for the role that he played on Bloody Sunday in 1972.

Hugh was one of the people who carried the body of teenager Jackie Duddy through the city centre, with Bishop Edward Daly famouly in front of them carrying a blood-stained hankerchief.

A spokesperson for Pride of Northside paid the following tribute: "It with a heavy heart that I write this. Hugh (Hughie) Mc Monagle has gained his wings.

"Hugh was a gentleman as co-founder off The Pride off Northside. Hughie had red & white running through his body.

"Hughie loved his Derry City team, he travelled north, south, east and west off the country. Hugh made everyone his friend and everyone loved to be in his company.

"Our condolences are to Bridie, his daughter, son and grandkids at this time, and to his wider family.

"We have lost one off the best.

"From our supporters club he will be sadly missed. The backbone, the driver, the educator, Hughie had it all. His passion for football was something else.

"We will miss you Hughie. Fly high with the Angels and watch over us all. Until we meet again."