A percentage of the proceeds will go to support a local health trust. 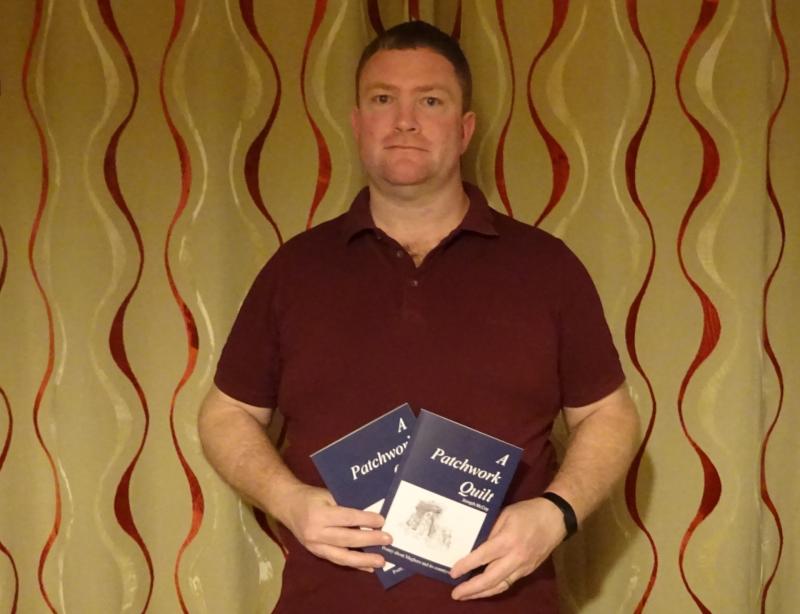 Joseph McCoy with copies of his book.

A local historian has launched a series of poems about Maghera and the surrounding area written during the Spring Covid-19 lockdown, with a percentage of proceeds going to the National Health Service.

'A Patchwork Quilt' is written by Joseph McCoy and explores the South Derry town of Maghera and its surrounding countryside.

Published by Draperstown printing company Cabot Print, the book contains poems about the town, as well as one tome reflecting on the recent period of lockdown restrictions.

“I'm quite excited about it,” said Joseph.

“There are ten poems in all, nine prose and one ode. The second poem in the book is called 'Maghera Railway Line', which will be a little bit of nostalgia for the townsfolk.

“My grandfather worked on the railway too so there's a personal collection also,” said the local man.

“There are poems that have connections to the famine and emigration too.

“McCartney's Oak is a tribute to a historic legend from the area. In the 1840s there was a mighty oak in Drumnaph Forest, and there used to be an old man who sat under it with a fiddle.

“He used to play different pieces of music, including classical, believe it or not.

“He was very well-educated; he could speak Greek, Latin, Gaelic and English.

“He was there for about 10 or 15 years until one year he stopped coming. He was McCartney.”

Joseph is donating £1 from every copy sold to the Northern Health and Social Care Trust, whose work and determination over lockdown he has admired.

Asked to pick out a favourite poem from the collection, he opted for the cryptically named 'One Night on Main Street'.

The poem features the poet's encounter with a horse-drawn carriage and leaves the reader with a sense of mystery and intrigue.

'A Patchwork Quilt' is available in local shops, or by visiting the Cabot Print website to order online.

It would make a great present for someone with an interest in local history.