The news comes as an independent review into NI's hate crime legislation is also completed. 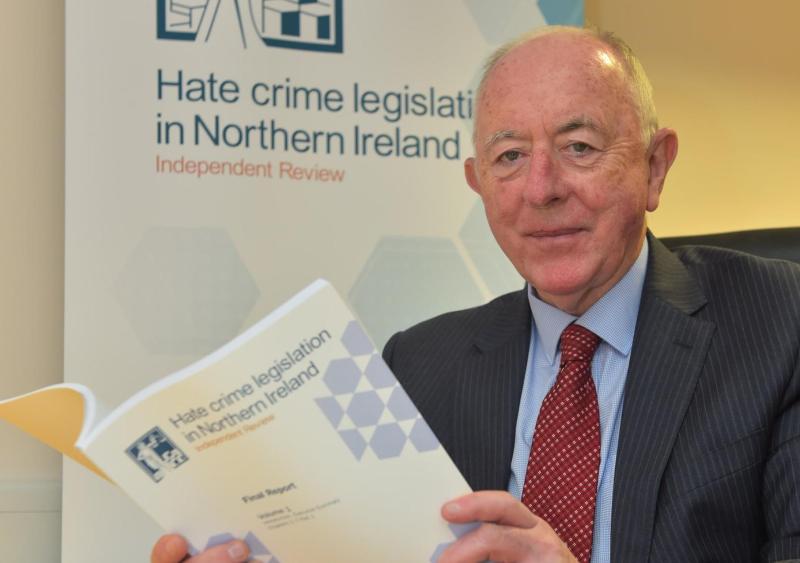 The PSNI defines a hate crime as a criminal offence perceived, by the victim or any other person, to be motivated by hostility or prejudice towards someone based on a personal characteristic.

Not all hate motivated incidents result in the recording of a crime, as what occurred during the incident may not be at the level of severity which would result in a crime being recorded.

Causeway Coast and Glens Borough Council saw homophobic incidents rise by 46%, while the district's rise in homophobic crimes rose by 58%.

An increased amount of racist hate incidents and crimes were recorded in Derry City and Strabane, but declines in Mid Ulster and Causeway Coast and Glens mean the overall figure for the county is down.

Mid Ulster showed a slight 8% decrease in racist incidents and a 16% decline in the number of racist crimes.

“It's heartening to see a decrease in racist and sectarian incidents, although the objective here should be zero incidents of any motivation,” she said.

“Discrimination is never justified, it is never excusable, it is never okay and the rise in homophobic motivated hate crimes across our district is hugely disheartening.

“When I see figures like this, I think not only of the immediate impact on those affected, but also of the implications this will have on any young person who witnesses this and thinks that being targeted for your sexuality is in some way normal or to be expected.

'There is a responsibility on all of us to call out bullying whenever we witness it, whatever the reason for it.”

“The recommendations in his Final Report are complex and wide–ranging and people may hold contrasting views on some of them,” said Naomi Long.

“It is important that we build on the opportunity this provides for us to move towards strengthening and updating hate crime legislation in Northern Ireland.

“Hate crime in any form is unacceptable and addressing it is one of my priorities. Whether offline or online, targeting a person because of who they are or what they believe is wrong.”

PSNI data on hate crime over the last twelve months can be accessed here.