Mr Claus had partnered with Specialist Joinery Group for the day. 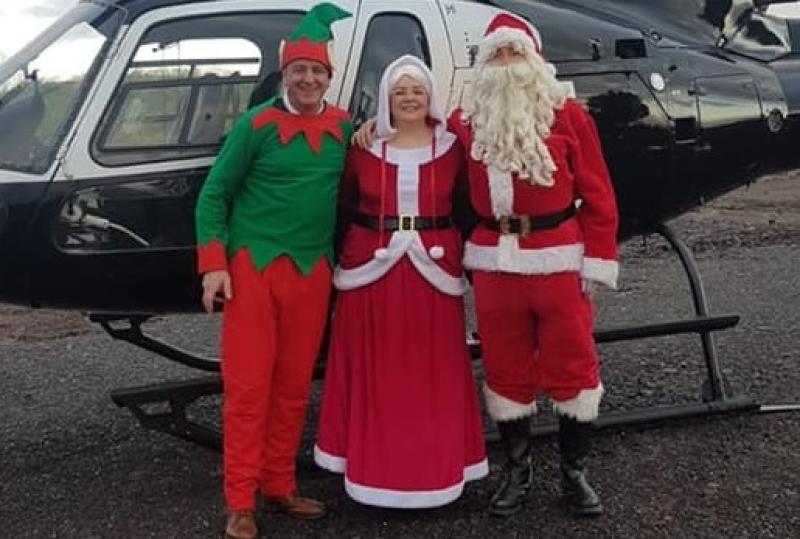 Santa and his aerial helpers.

Social media was alight with speculation yesterday morning as photographs and videos were captured of a helicopter making its way across County Derry, stopping off in a number of towns.

The explanation, of course, was a simple one. Santa Claus was visiting the boys and girls in the county's schools to raise spirits ahead of what will be a very different Christmas.

Mr Claus was operating in partnership with local company Specialist Joinery Group, who organised the fly-by, as well as ensuring all the pupils received a Christmas treat.

The operation was day one of the company's ten days of festive fundraising where money will be donated to more than 18 charities over the next nine days.

A spokesperson said they were hoping to spread some Christmas cheer.

“We completed a Santa Fly-By over a number of the schools to help increase Christmas Cheer as part of our 10 Days of Christmas Giving,” they said.

“Every bubble in each of the schools received a sack of selection boxes for each child. There was a sense of fun and enjoyment at the schools we visited and it was fantastic to see the Christmas spirit.”

While on their journey, the crew also found time to collect food donations for local food banks The Link in Maghera and Hope Magherafelt.