Stephen Atherton has lodged proceedings in the Royal Courts of Justice this afternoon. 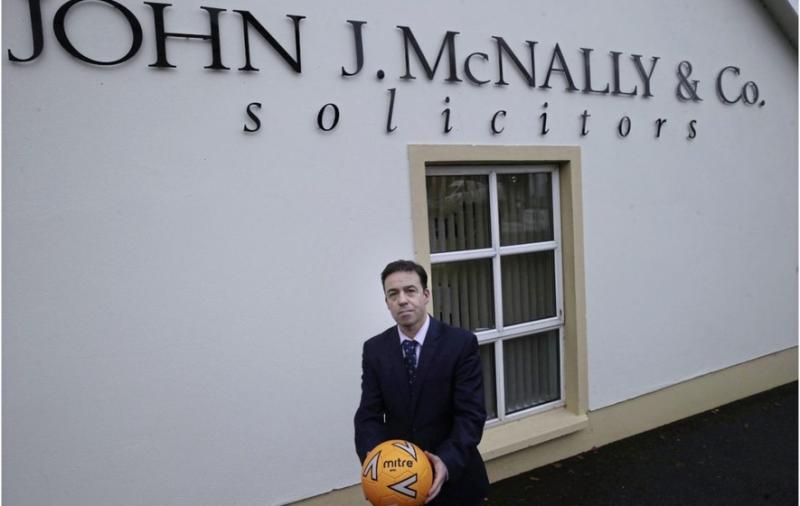 Acting on behalf of an eight-year-old footballer from the area, Stephen Atherton made the move after the Executive indicated they would not be lifting restrictions.

"The NI Executive has finally responded to me and indicated that they are of the view that the draconian restrictions placed on our children are entirely justified," he said.

"In addition, they have provided no indication whatsoever that the unlawful prohibition on outdoor children’s sport will be removed by them next week, or indeed in the early part of next year.

"Accordingly, I have now lodged proceedings in the Royal Courts of Justice this afternoon, challenging the actions of the NI Executive , the Department of Health, the Chief Medical Officer, Dr. Michael McBride and the Chief Scientific Advisor, Professor Ian Young, seeking a declaration that they have acted unlawfully.

"Given that the harm being caused to our children by these restrictions is ongoing, I will be asking the High Court to hear the matter expeditiously and provide interim relief removing the prohibition on outdoor children’s sport."

The Glasgow born solicitor, who is director of John J McNally & Co Solicitors in Magherafelt, had also written to NI's major sporting bodies, and the Office of the NI Children's Commissioner, but said he has not received a response.

"This litigation, which attempts to enforce the rights of our children and give them a voice, is unfortunately lodged against the backdrop of continued silence from the Office of the Northern Ireland Commissioner for Children and Young Persons (NICCY), the Irish Football Association (IFA), The Irish Rugby Football Union (IRFU), Ulster GAA and Ulster Hockey," he added.

"I have once again this week reached out to all of these organisations, seeking their assistance on behalf of the most vulnerable members of our society. Each organisation has chosen to look the other way as children’s rights continue to be violated."

Mr Atherton has said the action will benefit all children in Northern Ireland, and has previously indicated he is willing to finance the case himself should funding not be available.

"Whilst this litigation is principally taken on behalf of an 8 year old child from Magherafelt, a child who is presently prohibited from playing the sport that he loves, these proceedings can be viewed as an action on behalf of every child in Northern Ireland who plays sport," he concluded.