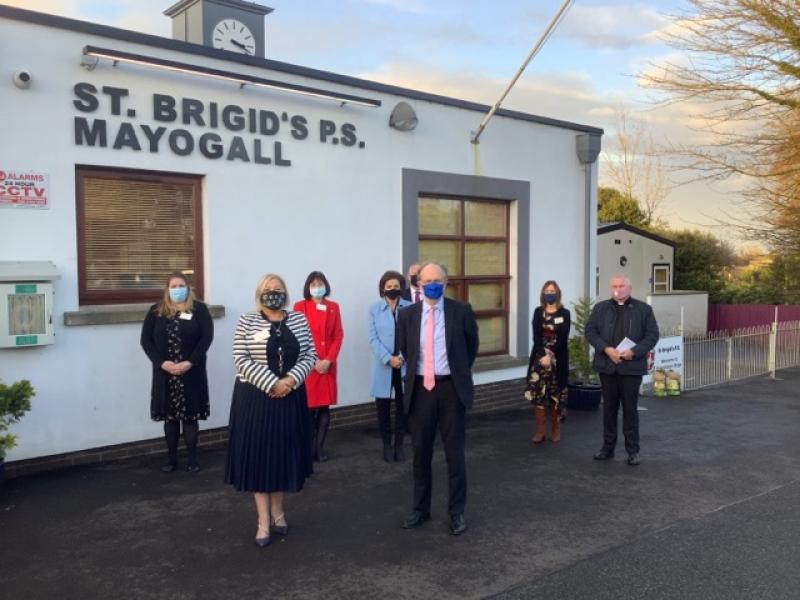 Education Minister Peter Weir has visited a County Derry primary school set to benefit from a fresh round of funding.

St Brigid's Primary School, Mayogall, has been named among the schools to benefit from Tranche 4 of the Department's School Enhancement Programme.

The money will enable the school to carry out development work to meet the growing enrolment within the Lavey parish.

St Brigid's had just five classrooms when it opened in 1972, but with numbers now exceeding 260, the condition of the school's six mobile classrooms is poor.

During his visit, Mr Weir met with a number of the school's governors, who argued the case for a new build instead of renovation or extension on the existing site. 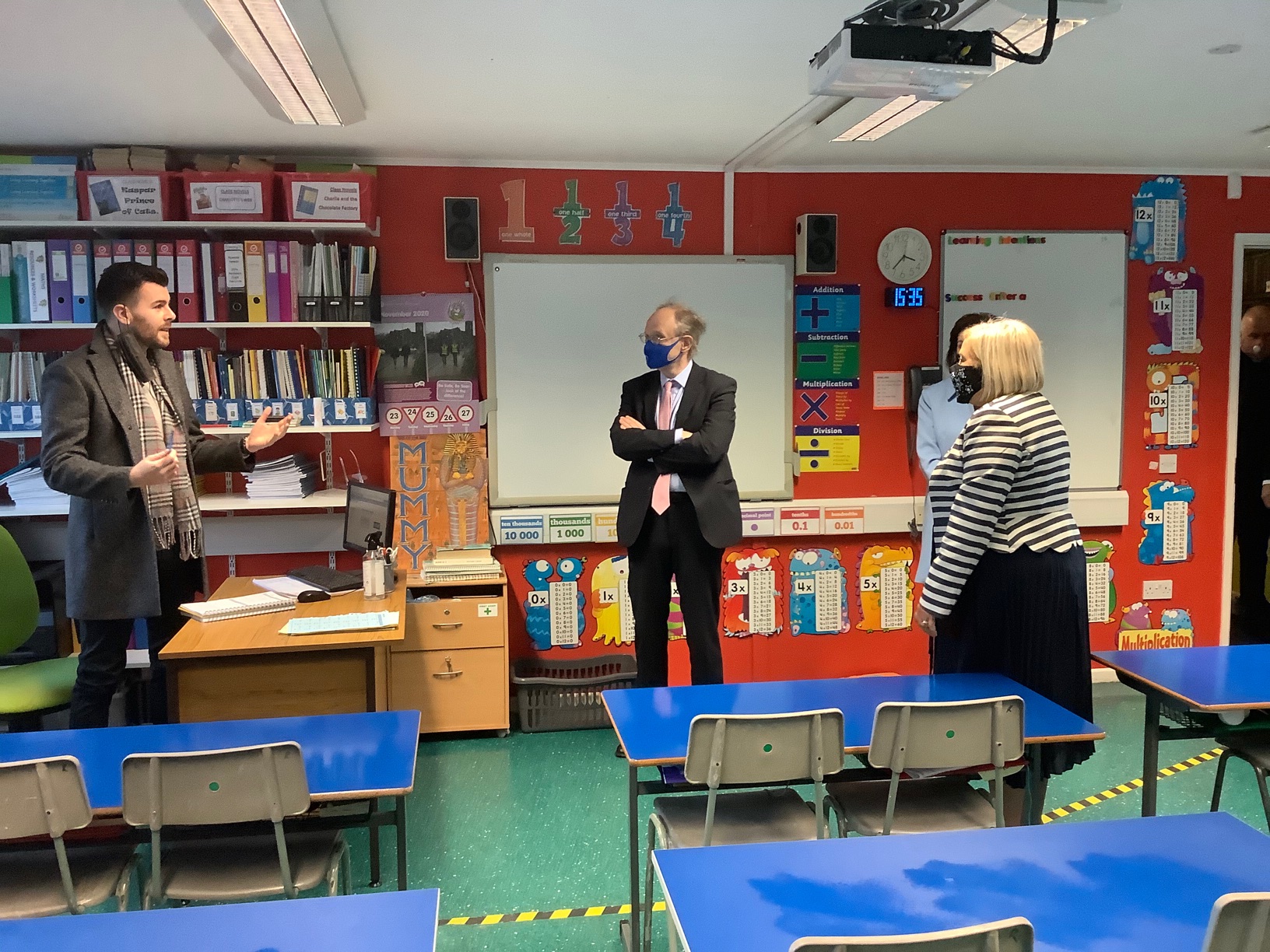 Peter Weir on his visit to St Brigid's.

A site in Mayogall has already been identified as a location for a possible new build.

A spokesperson for the school said an expansion would be necessary to meet the needs of the community.

“The Assembly Hall, playgrounds and parking are much too small to meet the needs of the children and their families,” they said.

“Despite the sterling work of the caretaker Paddy Breen, who maintains the school to an exceptionally high standard, the building requires constant maintenance and repair.

“There are a number of issues including persistent roof leaks, plumbing problems and broken windows.”

The Education Minister was also taken on a tour of the school to see some of the disrepair and spoke to staff about the challenges they are facing during the pandemic.

He also had the opportunity to view a series of portraits done by the Primary 7 class of the NI Executive Ministers.

Mr Weir later tweeted about the portraits, which also appeared on Thursday night's 'The View' programme on BBC One.

“Whilst at St Brigid's, I was shown this poster of my NI Executive colleagues. Suffice to say some of us come out better than others. Thank you for your warm welcome this afternoon,” he said.