Owner banned from having animals for life 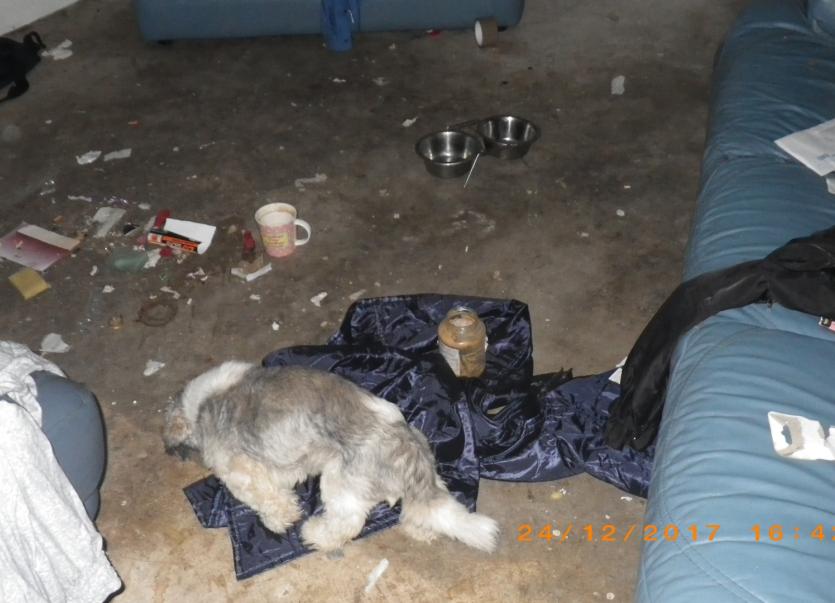 A council photo of the conditions in which the dog was living.

A dog has been rehomed after being found living in terrible conditions in Derry.

The Shih Tzu type dog was found locked in a small bathroom at a flat in Great James Street in December 2017 by Animal Welfare Officers from Derry City and Strabane District Council.

A council spokesperson said the officers visited the property after concerns were raised by a member of the public.

The spokesperson said the dog had no access to food or water.

“The floor of the bathroom had faeces, shredded toilet roll and empty alcohol containers,” the spokesperson added.

“The dog's hip bones and ribs could be clearly felt through its thick coat.

“The dog was seized by animal welfare officers on recommendation of the Council instructed vet.

“Upon examination, the vet confirmed that the dog was suffering due to poor body condition, dehydration and abandonment.”

The council spokesperson said the dog was taken to the Animal Welfare Care and Collection provider, where it received veterinary checks and treatment.

“The dog was eventually signed over by the Animal Owner and with the assistance of the DCSDC Dog Warden was successfully re homed.”

The spokesperson said that the dog owner was recently sentenced at Derry Magistrates Court.

She was disqualified for life from keeping or caring for any animals in any manner and was ordered to pay costs totalling £700.