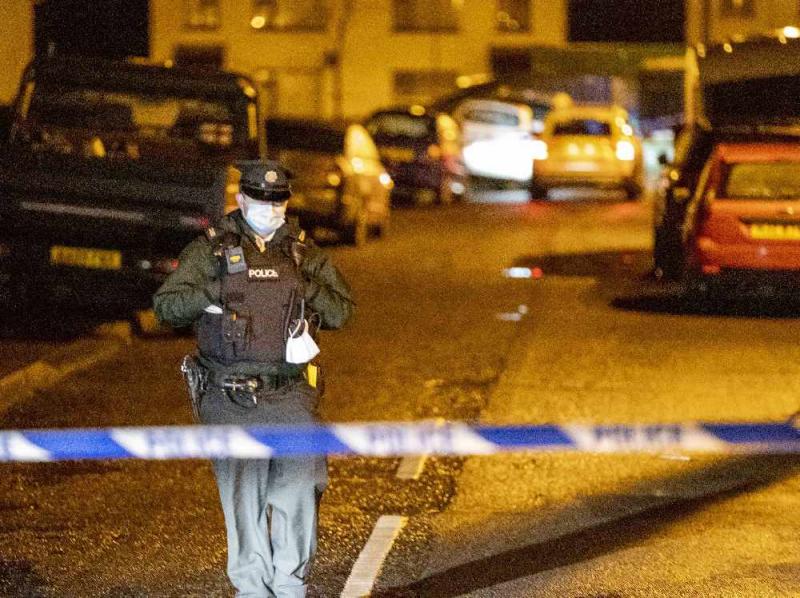 A man is in hospital following a shooting in Coleraine, County Londonderry.

Police said that at about 110.30pm, a man in his 30s heard a knock at the front door of his house in the Churchlands Road area of County Derry.

He has been taken to hospital for his injuries, police said.

The PSNI said two men were seen leaving the area and heading towards the Winston Way area following the incident.

Police have described the shooting as a 'brutal attack for which there is no justification'.

"There is no place for attacks such as this in our society," they added.

Independent MLA for East Derry, Claire Sugden, has condemned the shooting, branding it a 'despicable act of violence'.

"This is the third shooting in Coleraine in a matter of months, showing a brazen disregard for life,” said the former justice minister.

“That these attacks have been happening in built-up areas undoubtedly creates fear among the local community.

“An attack of this nature is unwelcome and never justified. Undoubtedly, local people are worried. Young families and older people live in this area and these abhorrent actions undoubtedly affect the entire community."

Police have appealed for anyone with information to call detectives on 101 quoting reference number 1947 24/11/20.

A report can also be submitted online using the PSNI non-emergency reporting form via http://www.psni.police.uk/makeareport/ or by calling Crimestoppers on 0800 555 111.