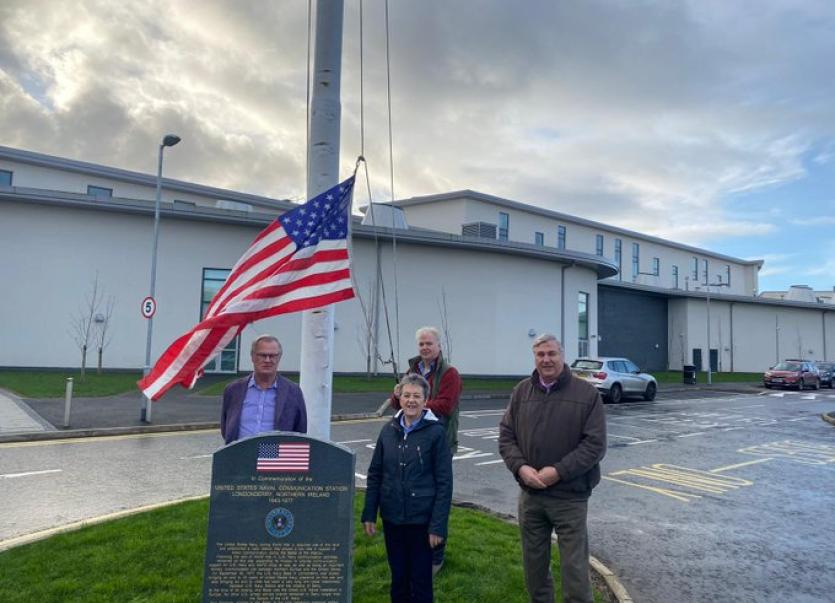 The US flag is flown at half mast at Foyle College.

A Derry school yesterday flew a US flag at half mast to mark the anniversary of the assassination of President John F Kennedy.

On that day, US soldiers based in Derry flew their flag at half mast.

The site of the former base is now occupied by the new campus of Foyle College.

The school was presented with the flag by members of the US NavComm Londonderry Alumni Association who commemorate links between the soldiers and Derry.

Each year since, the flag has been flown at half mast on the day that President Kennedy was killed.

A spokesperson for Foyle College said: “We raised the American flag at half mast to mark the anniversary of J.F. Kennedy’s assassination on this day, 22nd November, 1963.

“This very flag was flying at the base when President Kennedy was assassinated, and was presented to our school by US NavComm Londonderry Alumni Association.”

The US army base was set up in Derry during the Second World War.