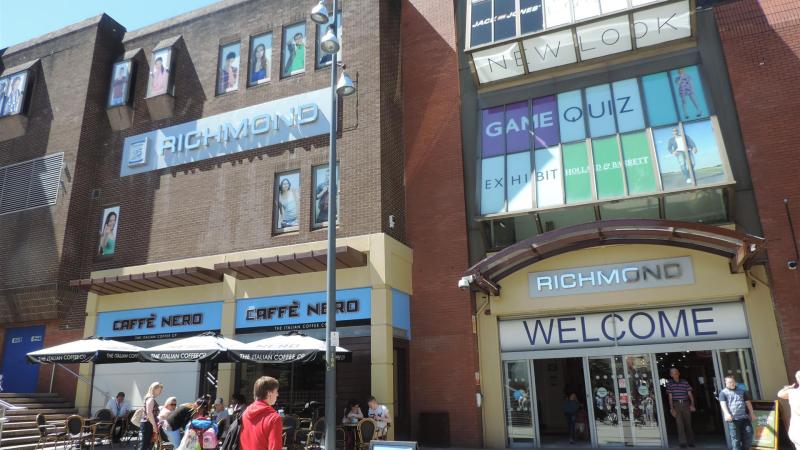 Many shops in Derry will stay open to midnight on Thursday before they have to close for two weeks.

With the latest lockdown restrictions coming into force on Friday, it is expected that shops will be busy over the next few days.

However, retail chiefs have stressed the need for people to continue following safety advice when out shopping.

It comes as the latest figures show there was a small increase in the number of Covid-19 cases in the Derry City and Strabane District Council area last week.

Glyn Roberts, chief executive of Retail NI, said they expected a 'surge in shoppers' in the coming days.

“We would urge shoppers to stay safe and follow the Executive guidance,” he said.

A large number of stores in Derry's Richmond Centre will remain open until midnight on Thursday.

Stores in Foyleside Shopping Centre will be open to 10pm on Thursday.

Both local shopping centres had extended opening hours yesterday.
Both the Richmond and Foyleside centres have also appealed to shoppers to continue to follow the safety guidelines when in shops.

“Why is it that large multi-national supermarkets, who made significant increased profits this year, will be allowed to sell clothes and toys, but yet struggling independent retailers who sell the same products will be forced to close,” he said,

“The winners of this second lockdown will be multi-nationals and global online retailers and sadly the losers will be our own local small businesses.

“So, we urge shoppers to make a special effort to support their local independent retailers to ensure these businesses can have a future.

“We need the Executive to bring forward immediate support for those businesses forced to close and produce a ‘survival’ strategy to ensure we save as many jobs and small traders as possible this Christmas.”

Meanwhile, there was a small increase in the number of Covid-19 cases in the Derry council area in the past week.

Figures released yesterday by the Department of Health show that there were 328 positive cases identified in the Derry City and Strabane District Council area in the seven-day period from November 15 to November 21.

This is in comparison with 312 positive cases in the previous week from November 8 to November 14.

This is the second highest rate of the eleven council areas in Northern Ireland.

The previous week, from November 8 to November 14, 2,455 people were tested for Covid-19 in the local area.

According to the latest figures released by the Department of Health yesterday, there have been ten further coronavirus-related deaths in Northern Ireland.

Six of those deaths occurred in the previous 24 hours, while four of the deaths happened before this period.

It brings the total number of deaths reported by the department to 933.

There were also a further 342 positive Covid-19 tests reported on Sunday, taking the overall number of confirmed cases in Northern Ireland to 49,784.

As of yesterday, there were 425 people being treated in hospital for Covid-19 in Northern Ireland.

Of those, 40 people were in intensive care, with 28 on ventilation.