Fifty parcels stolen from the Royal Mail vehicle on Thursday 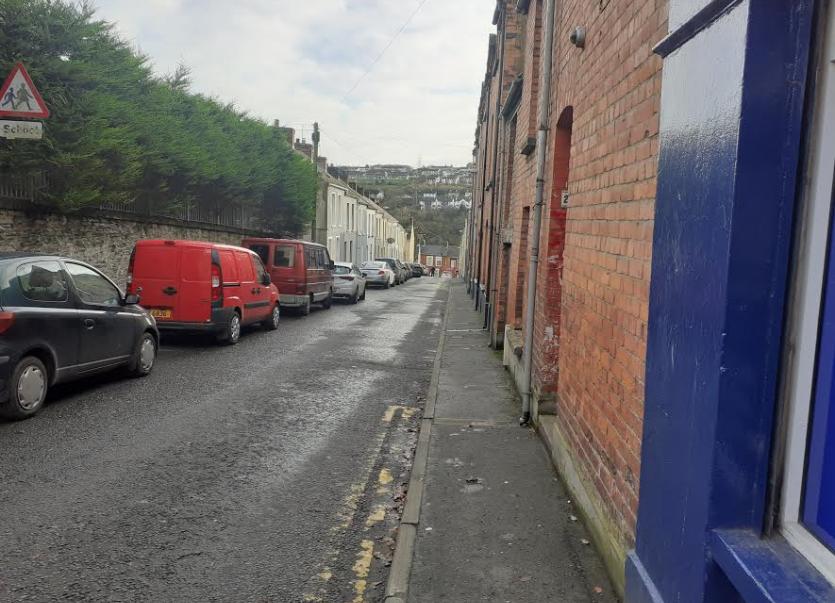 Two men accused of robbing a postal van in Derry this week claimed they were from the IRA, a court was told today.

Wayne Campbell, 36, and Robert Wiltshire, 31, appeared via video link at a special sitting of Dungannon Magistrates Court in connection with the robbery on Thursday morning at Bligh's Lane.

As well being accused of robbing a postal worker, the two men were also charged with stealing a car in the Clon Elagh area of Derry on Thursday morning, trying to set that vehicle on fire and a number of other motoring offences.

The details of Thursday's incident were outlined by a police officer at the court this morning.

The officer said that the two men had been drinking overnight at Campbell's address in Clon Elagh.

At around 8.20am on Thursday morning, they were outside the property, the officer said, when they noticed a Ford Fiesta parked nearby had the key in the ignition.

The officer said the two men got in the vehicle and drove off.

A short time later the car was involved in a minor collision with another vehicle but failed to stop.

The PSNI officer said the car was driven to Bligh's Lane in Creggan where the defendants saw a postal van.

The officer said Campbell and Wiltshire grabbed the postal worker in charge of the van by the neck and said 'We are the IRA, don't say anything'.

The men took around 50 parcels from the van and put them into the stolen car.

They then drove off to Wiltshire's home address at Bishop Street in the city.

There, the officer said, they unloaded the parcels at the rear of the house.

The stolen car was then driven a short distance to Miller Street where an unsuccessful attempt was made to set it alight.

The court was told that the bid to set the car on fire took place just 20 metres from the entrance to a local primary school.

The court was told that Campbell then phoned a taxi which picked him up at the back of Wiltshire's home and took him back to his address at Clon Elagh.

The officer said that when Campbell arrived at Clon Elagh, police were at the scene investigating the theft of the car.

Campbell was identified by person in the area as having been involved in the theft and was arrested at the scene.

The court was told that Campbell, who also faces a series of allegations of being involved in the supply of drugs earlier this year and, the court was told, who has 41 previous convictions, had only been released on bail on separate charges on November 2 this year.

In applying for bail on the charges in connection with this week's robbery, Campbell's defence solicitor, Steven Mooney, claimed that the case against his client was based on what his co-accused Wiltshire had told police during interview.

The solicitor described the case against Campbell as 'very tenuous'.

However, a police officer involved in the investigation said they also had a statement from a member of the public who said Campbell had stolen the vehicle at Clon Elagh.

The officer also added that forensic examinations on the stolen car and parcels had been delayed because of coronavirus restrictions.

Tbe bail application was refused and Campbell was remanded in custody until November 26.

A bail application on Wiltshire's behalf was made by his solicitor, Maoliosa Barr.

Mr Barr said that his client had suffered a brain injury as a child after a fall.

The solicitor said that during interviews with police, Wiltshire had been 'extremely open and honest' in relation to his part in Thursday's incidents.

Mr Barr said that Wiltshire had broke up with his long-term partner six weeks ago and had been drinking heavily since.

He said he usually drank alone at home, but last Wednesday had gone to Campbell's home in Clon Elagh where they drank from '6pm right through to the morning'.

The next morning, Mr Barr said, his client's decision to get into the stolen car with Campbell was indicative of the amount of alcohol that he had taken.

In relation to the theft of the postal van, the solicitor said it had been a 'completely opportunistic' crime and there had been no pre-planning.

Mr Barr added that Wiltshire denied that the postal worker was threatened but had indicated his 'remorse and regret' for his actions during interviews with police.

The solicitor said that Wiltshire's family had been in contact with the owner of the car stolen at Clon Elagh on Thursday morning and offered her £1,000 in compensation.

Mr Barr said this showed 'the type of family he comes from', before adding that Wiltshire's family were 'distraught' at his involvement in this week's incidents.

The solicitor said his client had a 'limited record' and would be prepared to adher to whatever bail conditions were put in place.

However, the judge also refused Wiltshire's bail application and he was also remanded in custody to appear before a court again on November 26.