Music on the streets of Magherafelt helps cancer charity

Residents of the town may have spotted Finn out and about spinning some tracks. 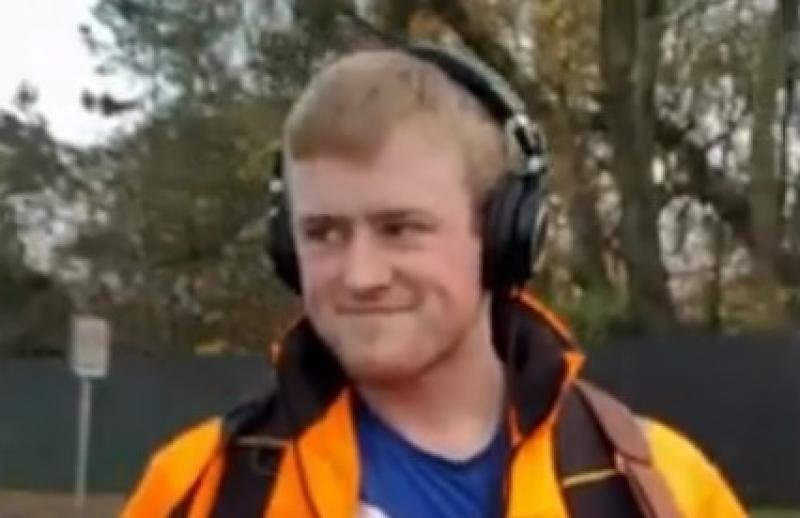 A County Derry man has been pounding the pavements of his home town in a unique fundraiser for cancer charity Cancer Focus NI.

Finn O'Neill took to the streets of Magherafelt with a set of DJ decks strapped around his neck in an attempt to garner attention for the charity's work.

“I'm part of a group called Fitness Factor Magherafelt, which is organised by Emma McCann,” he told the County Derry Post.

“It's linked in with Cancer Focus NI, so any fundraising we do goes to them. My mother's mum and my dad's mum both died of cancer, so it's close enough to home to make a difference.

“I'd made my Just Giving page and was sharing it, but as far as I'm aware, the Facebook algorithim that programs the News Feed was pushing charitable posts to the back because of Covid.

“I saw a video of a guy in England walking about with a rig that he'd bought, so I wanted to do something similar.

“I wanted to do something different or outrageous that would get people's attention and to be fair, it's blown up more than I thought it would.”

It worked. The 23-year-old has had to up his online fundraising target twice due to the phenomenal response to his musical walking tour of the South Derry town.

Having originally set out to raise the £200 set by the Fitness Factor's guidelines, Finn's Just Giving page had received over £1,300 on Sunday evening.

When he began his journey, he experienced a mixed reaction among baffled onlookers.

“A few people honked their horns on the way by, it was definitely strange,” he said.

“There were a lot of laughs from the younger ones. Kids that were walking by were laughing. I did get a couple of evils from a few of the older ones who maybe hadn't a notion what was going on!

“DJ-ing is something I got into over lockdown. I bought myself a set of decks and taught myself how to use them and then upgraded to the next ones up. It's just a hobby, but I enjoy it.”

“Our Fitness First classes and any fundraising must be in accordance with current safety restrictions,” she said.

“So when Finn came up euthanasia this unique and novel idea, I was stunned at the attention and traction it brought about. In a few hours he had doubled his online donations.

“I’ve been working for Cancer Focus for many years and have never seen awareness being raised so effectively before. I look forward to seeing the Walking DJ out again.”

Not content to rest on his laurels, Finn is already planning another trip, with a few adjustments.

“If people liked it enough, I'd be able to make the DJ rig a bit better and refine it a bit, make some improvements,” he said.

“I'd definitely do it again, maybe through a shopping centre or something like that. The only problem is the actual rig itself is long, so I didn't want to be hitting anyone. I'd maybe stick to the pavement.”